NFL News and Rumors
All the NFL teams have been busy with preparations for the new season, but the first real journey to Super Bowl 50 will begin in August when teams embark on Week 1 of the 2015 NFL preseason. There will definitely be a lot of things to watch out for when the preseason games commence and we’ll be keeping you progressively updated on all the biggest storylines and their potential impacts on the NFL betting odds. In the meantime, let’s get started with these headline-grabbers:

Outside the much-discussed Tom Brady suspension and its effect on the Pats and their NFL odds in the upcoming season, there is a long list of players who are suspended for initial games of the 2015 NFL season, most of them due to violation of the league’s substance abuse policy. Some of the recently suspended players include Green Bay’s defensive lineman Datone Jones, NY Jets’ defensive lineman Sheldon Richardson, San Diego’s three-time All-Pro tight end Antonio Gates and Dallas middle linebacker Rolando McClain. Fortunately, all the suspended players can still participate in training camp and preseason games, so if you are looking for an opportunity to watch the players in their element before the new season begins, ensure that you don’t miss the preseason games.

Like the suspensions, there is a long list of injuries in the league today, with many more players increasingly joining the list. For the majority of them, the injuries are short term, hence the players should be able to attend the training camps and play in Week 1 of the preseason games. For others, however, the injuries will keep them out of the preseason games and even the first weeks of the new season. For an updated list of the injuries and the players who will miss or be available for Week 1, check out the respective rosters of the teams you are concerned with, or alternatively find a summarized update of all the latest injuries, like the one given here by CBS Sports. 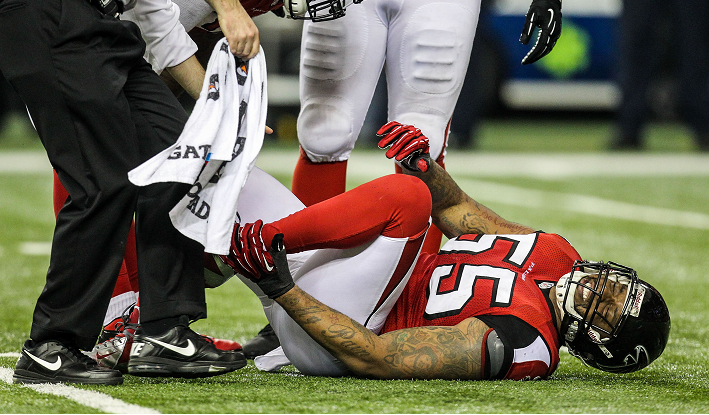 The mandatory camp meetings in June proved to a saving grace for some teams, as it forced certain players who had boycotted the voluntary workouts to make their way back to team trainings. Most notable of them all is Chicago TE Martellus Bennett, who made his first offseason training after skipping the past practices due to contract issues. Besides Bennett, there are many other unhappy players that have been vocally angry and disappointed about their unresolved contract situations, including Seattle’s defensive end Michael Bennett and QB Russell Wilson, Chicago’s RB Matt Forte, San Diego’s safety Eric Weddle, Cleveland’s safety Tashaun Gipson Dez Bryant of Dallas.In some of the cases involving players like Wilson and Bryant, speedy solutions are expected in the course of this month. For others, however, it looks like the unhappiness will continue long into the offseason, For example the Bennett brothers (Martellus and Michael) have both indicated that they could even miss their respective training camps if their contract situations remain unresolved. In many ways, the unhappiness of the players could greatly affect the teams and how they play in Week 1 of the preseason games, so due attention needs to paid on the contract developments as the month progresses.

Week 1 of the preseason games is definitely going to be a fun time, as we get to watch various teams taking on each other. Of the upcoming games, here the top matchups you should earmark in your diaries:  Finally, remember that preseason games act as a great yardstick for measuring how rookies (and other players) will perform in the new season as well as helping decide starting positions in various teams. If you need to have a lock on your regular season predictions, especially in regards to starting players, standout rookies and stuff like that, your best bet would be to monitor the preseason games carefully. Otherwise, as usual, we wish you profitability in all your Sportsbetting endeavors. Oh, and in case you have any suggestions, questions or comments, feel free to share them with us!
Older post
Newer post