NFL News and Rumors
If you think cashing in on NFL matchups is great, then you’re well aware that cashing in twice is always nice! Having said that, you’re going to double your pleasure and double your fun thanks to this expert betting analysis and accompanying free picks on both NFL conference championship games. With both matchups quickly approaching, don’t forget to check MyBookie.ag for more NFL betting news. Let’s rock and roll.

What: New England Patriots (12-4) at Denver Broncos (12-4)When: Sunday, January 24, 2016Kickoff: 3:05 PM ETWhere: Denver, COStadium: Sports Authority Field at Mile HighSpread: Patriots -3Moneyline: New England -163 vs Denver +143Game Total: 44.5Watch: CBSStream: CBS Sports Listen: New England vs DenverAnalysis: know the New England Patriots are the league’s defending Super Bowl champs and that they certainly won’t be bounced out of the postseason without an extraordinary effort – but that’s just what I’m expecting from the Denver Broncos this weekend.I love the Broncos defense and believe that if anyone can force Patriots quarterback Tom Brady into a bad game, it’s Denver with its elite pass rushers and equally gifted defensive backfield.I know the Broncos have been mediocre on offense all season long, but I believe they’ll still score their fair share of points against a Patriots defense that isn’t very scary in my estimation.The Broncos are 3-1-1 ATS in their last five games versus a team with a winning record while the Patriots are just 1-4-2 ATS in their last six such games.The Patriots are 1-5 ATS in their last six road games against the Broncos while the home team in this rivalry is a perfect 6-0 ATS in their last six meetings.Denver wins outright to cover the spread!My final score prediction is Denver 24 New England 20. 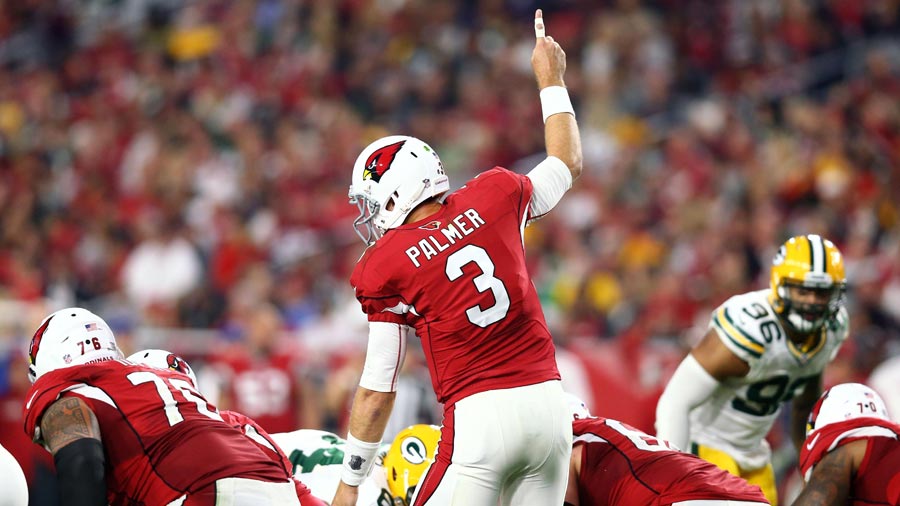 Analysis: The Arizona Cardinals may be elite on both sides of the ball as they finished inside the top 10 in al eight major offensive and defensive statistical categories, but they’re going to have their hands full trying to stop Cam Newton and a Carolina Panthers team that, looking back, really has been the best team in the NFC, just as their unrivaled record suggests.Carolina has made a habit out of ‘winning ugly’ by neutralizing their opponents best offensive weapons options and forcing them into playing their style of grind-it-out football.Arizona looked mostly awful in their 26-20 overtime win over Green Bay in their divisional matchup last weekend while Carolina completely dominated the two-time defending NFC champion Seattle Seahawks in the first half of their 31-24 divisional round win.While the Panther took their foot off the gas pedal in the second half, they really do look like the more complete – and confident – team coming into this affair!My final score prediction is Carolina 27 Arizona 21.
Older post
Newer post