NFL News and Rumors
Once all of the action is over on Sunday night, we will have 2 weeks to wait before the Super Bowl is played. That can feel like an eternity for football fans, but the good news is that we have the Pro Bowl to look forward to. The All-Star Game will once again be played in Hawaii, with kick-off set for Sunday, January 31 at 7PM EST on ESPN. Prior to that, though, celebrity coaches Jerry Rice and Michael Irwin will be drafting their teams. That draft will take place on Wednesday, January 27, and there are plenty of great players to choose from and remember to check MyBookie.ag for the latest betting lines.

Which Players Could Impact Betting Lines for the Pro Bowl?

The Quarterbacks Available for Draft

Three of the QB’s voted into the Pro Bowl game by the fans will be playing on the Conference Games this weekend. There is a chance that two of them could be moving on, with Brady, Newton, and Carson Palmer all in with a shot of playing in Super Bowl 50. I would think that Brady would be the first QB picked in the Pro Bowl draft if he was still available, and Cam Newton likely to be the other starting QB. Aaron Rodgers is already out through injury, and Ben Roethlisberger will likely follow suit. Russell Wilson would also be a good first pick at the QB position, so watch for him getting the nod.

The Receivers Available for the Draft

Antonio Brown would probably have been a lock for the first overall pick at receiver, but concussion issues are going to keep him out of the game. Calvin Johnson has also called off, which means that A.J. Green and Odell Beckham Jr. are likely to be the top two receiver picks. Larry Fitzgerald would also be an excellent choice, but he may already be preparing for the Super Bowl when the picks are being made. At the tight end spot, Greg Olsen would be an absolute lock, but he may be with the Carolina Panthers preparing for the big game. The same rules apply for Rob Gronkowski, but Travis Kelce and Tyler Eifert are both great options if the aforementioned guys are not available to play in the Pro Bowl.The Running Backs Available for the Draft 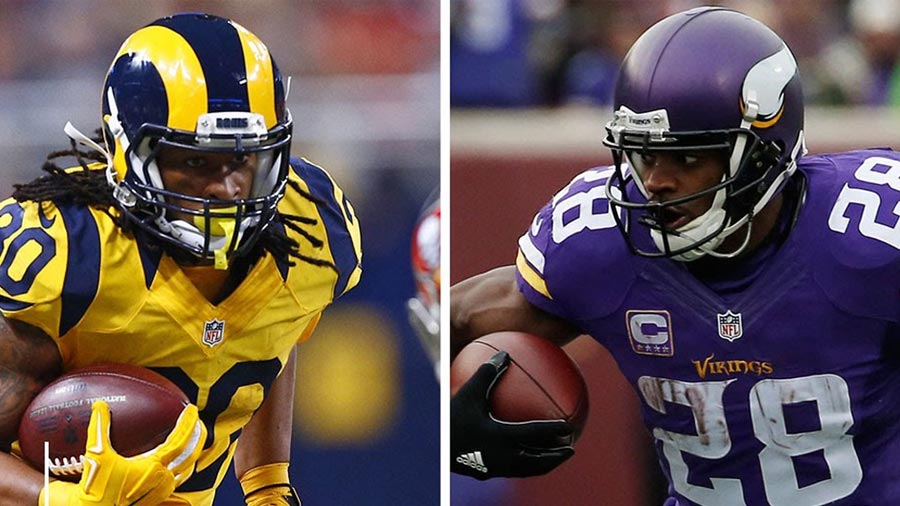 Jonathan Stewart of the Panthers will miss the Pro Bowl if Carolina picks up the win in the NFC Championship Game this weekend, and LeSean McCoy will definitely not be available, as he has been withdrawn. There are still plenty of great backs for Rice and Irwin to choose from, and if I was the one making the pick, I would choose Todd Gurley of the Rams first overall. The young man had a magnificent first year, and he will be a lot of fun to watch in this game. There is talk of retirement coming out of the Adrian Peterson camp, so I would not be surprised to see him named as one of the starting running backs. Devonta Freeman of the Atlanta Falcons and Chris Martin of the Tampa Bay Buccaneers may also end up being the first two guys picked.
Older post
Newer post