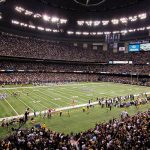 NFL Week 13 is in the books and like what happens after every week, Super Bowl odds shift making some teams favorites and others underdogs. Check out a list of current Super Bowl odds as well as an analysis of those odds. Updated Super Bowl Odds Heading Into Week 14 of the 2021 SeasonSuper Bowl LVI When: Sunday, Feb. Ready for the best NFL betting action you will find online? At MyBookie you can review, compare and bet on the latest NFL odds, Game lines, spreads, totals, props and more. Creating winners every season we offer the most comprehensive selection of NFL futures and player props, No matter your knowledge or bankroll, we have your action covered with the latest NFL trends, picks and locks this season, we offer early lines for every NFL game in 2021.

NFL Week 13 is in the books and like what happens after every week, Super Bowl odds shift making some teams favorites and others underdogs. Check out a list of current Super Bowl odds as well as an analysis of those odds.

KC beat the Denver Broncos, Tampa dominated the rival Atlanta Falcons on the road, and Arizona bested the Bears.

The Buccaneers odds fell to +450, making them a solid favorite to win a second straight Super Bowl. Tom Brady and his teammates were in playoff form in the 30-17 victory over the Falcons.

Patrick Mahomes and the Chiefs played an excellent game when beating the Broncos 22-9. Mahomes didn’t rush once while the defense continued its second half surge by holding Denver to under 10 points.

Kyler Murray returned to the field to lead the Cardinals to a 33-22 win over the Bears. The victory pushed AZ’s record to 10-2. Arizona might be an overlay at +660 considering one of their losses was to top NFC squad Green Bay and the other was against Carolina without DeAndre Hopkins and Murray stepping onto the field.

Finally, the Los Angeles Rams offense got on track. But before we starting singing the praises of Matthew Stafford and his mates, we must consider that LAR dusted the Jacksonville Jaguars.

The Rams beat the Jags 37-7. Facing the Jaguars at home and dropping 37 is a far cry from beating the rival Arizona Cardinals, which is what the Rams must do in NFL Week 14.

At their current Super Bowl 56 odds, LAR is a play against.

Colts remain the top overlay to win the Super Bowl

There’s a month left in the season, which is why it’s interesting that Indianapolis is a +3000 underdog to win the Super Bowl.

The Colts have plenty of games left to catch the Tennessee Titans. The Titans, the AFC’s current second seed, headed into their bye on a 2-game losing streak.

Indianapolis and Tennessee have tough remaining schedules. But based on recent games, the Colts are in a much better position than the Titans. Give the Colts a long look and if you agree, bet soon.

Indianapolis’ next game is versus 1-seed New England on Dec. 18. If the Colts end the Pats winning streak, their odds will dive.

After Monday night victory over the Bills, Patriots odds drop from +840 to +630

Speaking of the Patriots, Bill Belichick’s squad did a number on the Buffalo Bills in the NFL Week 13 Monday night game. The Pats not only beat the Bills 14-10, but they did so with Mac Jones throwing 3 passes.

You read that right. Jones threw 3 passes and the Patriots still managed to win a road game versus a top Super Bowl contender. Because of their efforts, New England’s odds fell to +630, which makes Belichick’s team the third choice to win rings.

Buffalo’s odds rose to +950 from +710. Although the Bills remain a solid team, they don’t seem to have what it takes to win the Super Bowl.

Buffalo figures to lose at least 2 of their remaining 5 games. The fact they’re 7-5 means the Bills may not make the playoffs.

Posted: Tuesday, December 7, 2021 4:18, EST
NFL Week 13 is in the books and like what happens after every week, Super Bowl odds shift making some teams favorites and others underdogs. Check out a list of current Super Bowl odds as well as an analysis of those odds.  Updated Super Bowl Odds Heading Into Week 14 of the 2021 Season Super Bowl LVI When: Sunday, Feb. Read More

Posted: Tuesday, December 7, 2021 1:59, EST
As we head into Week 14 of the NFL season, we are seeing teams begin to split off into very specific groups. The top tier teams are all looking to get the #1 seed and the bye in the opening week of the playoffs, while we also have a large number of teams now fighting for their playoff lives. Then, Read More

Posted: Tuesday, December 7, 2021 1:05, EST
It’s Week 14 of the NFL season, and the playoffs are just around the corner. In looking at the odds of winning the AFC, we see some familiar names at the top of the list. The Chiefs have been up and down this season, and now they’re back up and should continue to stay there. The Bills have been the Read More

Posted: Tuesday, December 7, 2021 12:17, EST
The NFC has numerous teams that could represent the conference in the Super Bowl. In taking a look at the favorites to win the NFC, it’s hard to decipher which one has the best chance at getting to the Super Bowl. The NFC is loaded this season, and the favorites all have one thing in common, they all have a Read More

Posted: Tuesday, December 7, 2021 9:21, EST
According to MyBookie, the team is +840 to win Super Bowl LVI. This ranks them sixth amongst NFL teams. Here are some reasons the Patriots are a great Super Bowl future so you can plan your bets against their Super Bowl odds. Why Bet on the Patriots to Win Super Bowl LVI? New England’s 2021 Season Recap So Far If Read More

Posted: Tuesday, December 7, 2021 9:09, EST
The Kansas City Chiefs opened the season as favorites to win Super Bowl 56 but struggled in the early going. However, Patrick Mahomes and Co. now have won five straight games and the Chiefs are now +560 second-favorites to the Tampa Bay Bucs (+460) to win the Super Bowl. Could we have a rematch in February in Los Angeles? Definitely Read More

Posted: Monday, December 6, 2021 2:46, EST
Weather is definitely going to be a factor Monday night in Buffalo as the New England Patriots visit the Bills as there could be sleet as well as wind gusts of 40 mph or more. The NFL betting total has been drooping all week for this AFC East showdown. How to Bet Patriots at Bills NFL Odds & TV Info Read More

Posted: Monday, December 6, 2021 2:25, EST
In NFL Week 13, Kyler Murray returned to the field, which is one of the reasons the Arizona Cadinals so easily dismantled the Chicago Bears 33-22 on the road. Zona, who doesn’t often play in the cold, seemed to enjoy it on Sunday. Beating the Bears doesn’t mean much. But it is a sign that Zona, along with the Tampa Read More

Posted: Monday, December 6, 2021 10:58, EST
Week 14 is the last this season in the NFL with bye weeks. Off are the Colts, Dolphins, Patriots and Eagles. Here’s a look at the two surefire NFL underdogs in Week 14 for you to place your bets on, – fading the underdogs. Who will be the losers of week 14 NFL? Jacksonville Jaguars at Tennessee Titans (-10.5) These Read More
View Full NFL 2021 Archive