NFL News and Rumors
In Week 1 of the current NFL betting season, as the Buffalo Bills were finishing their stomping of the Indianapolis Colts, their fans broke out into a cheer of “We Want Brady.” If you looked in the Bills’ team store, the air pumps were on sale front and center to make fun of the DeflateGate imbroglio. Someone rented a billboard in Buffalo and made it say, “Mr. Brady is so shady…Deflated balls and acts like a baby.” When the NFL Network interviewed former legendary Bills quarterback Jim Kelly, he said, “I’m so glad Tom Brady is gonna be here because I don’t want any excuses when we beat the Patriots.”

Were the Bill able to Cover the NFL Betting Line?

Well, things didn’t quite turn out the way the Bills’ fans would have liked. Buffalo did make things interesting, storming back to keep things close in a 40-32 Patriots victory. However, Brady had a banner day, throwing for 466 yards against what was billed as a terrific defense in Buffalo. No one had ever thrown for more yards against Buffalo in the 66 years of the team’s existence. 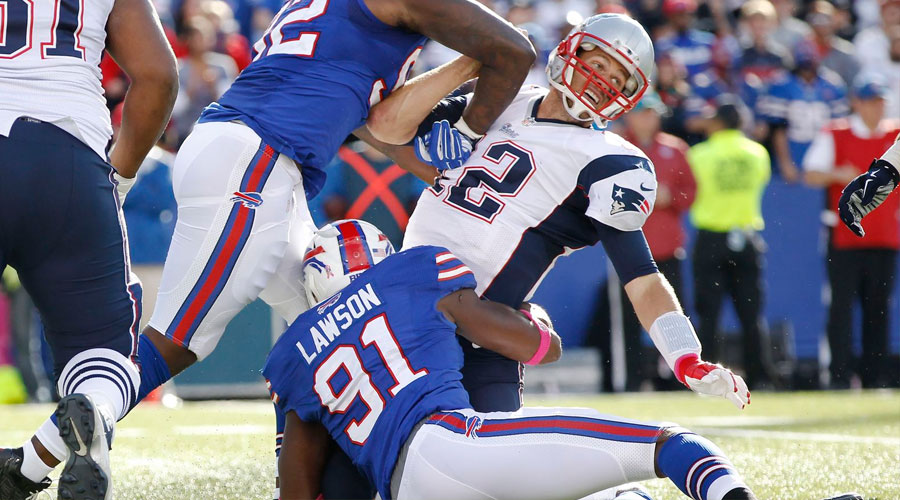 Now Buffalo knows what it is like to have Rex Ryan coaching the team. There’s a lot of testosterone at the podium in the week leading up to the game, and then the big-time Patriots come to town and show the words to be nothing more than noise. There was a time when the Bills were the class of the AFC, but they haven’t been to the playoffs in 15 years, and now they are a team that people really don’t respect that much. The Bills themselves didn’t have all that much poise, racking up 10 penalties in the first 2 1/2 quarters. One of them was on Ryan and the Bills’ bench for unsportsmanlike conduct as the Patriots were driving down the field.To be fair, the Patriots do feature a juggernaut of an offense. There is tight end Rob Gronkowski, who is basically uncoverable. He caught seven balls for 113 yards and a touchdown. The quick passing game also featured Julian Edelman, who hauled in 11 balls for 97 yards and a couple of scores. The Patriots didn’t even worry much with the ground game, only handing off 15 times. However, that running back, Dion Lewis, was a target of Ryan’s disrespect, as he said he didn’t even know who the Patriots’ running back was. It’s likely that he knows his name now, after Lewis ran for 40 yards and gained 98 more receiving. Oh, and he scored a touchdown, too. 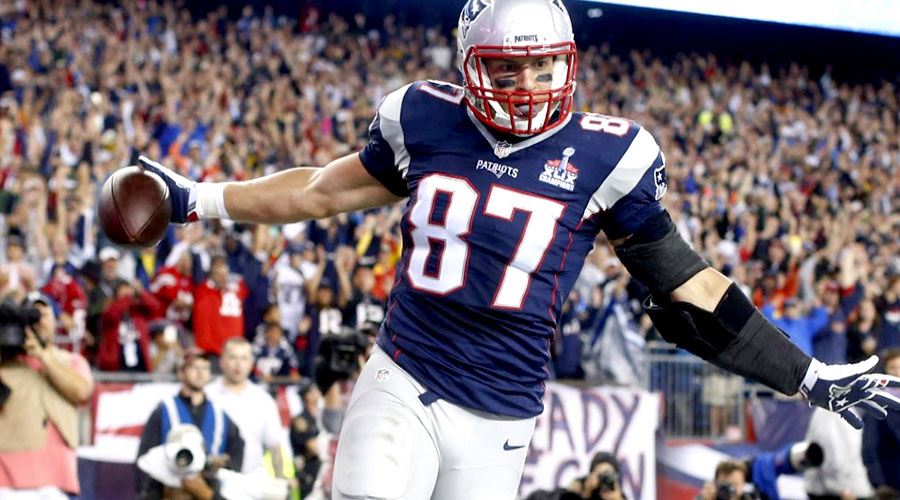 There was a time when Rex Ryan was able to get inside the collective consciousness of the Patriots. With the Jets in 2009 and 2010, he was able to wreak havoc on their postseason plans. The Bills should also get credit for such a big comeback after being down 37-13. However, the process of falling into that big hole showed all of the flaws that the Bills still have.The Bills head to New England on November 23. It will be interesting to see whether Ryan has learned his lesson and will just show up and have his team play, or whether he will build up another machismo-filled balloon for the Patriots to pop on their home field.
Older post
Newer post