NFL News and Rumors
The two teams left standing in the AFC – New England Patriots and Denver Broncos – are the teams that started the playoffs as the top seeds and the favorites to be there. Only one of them can move onto Super Bowl 50 in Santa Clara, California, and it is the Patriots that have been given the slight betting edge. This game is set for 3:05 PM EST on Sunday, January 24 at the Sports Authority Field at Mile High in Denver, and will be televised nationally by CBS.

As is always the case, the odds and lines for each game can change as the week progresses. If you like what you see right now, we suggest that you get you wagers on at MyBookie.ag, just in case they shift in a direction that you don’t like. The Patriots are the road moneyline favorites at -175, while you can get the Broncos right now at +155.

There was some concern about the way the New England Patriots finished the season, losing 4 of their last 6 games. Anyone paying attention would have known that part of the problem was that their injuries finally caught up to them. The Patriots are healthy again, and the return of Julian Edelman in particular makes this team a whole lot better. New England lost to Denver earlier in the year, but they did so with a banged up line that had a hard time stopping the run. They should do better this time around, which means putting the ball in the hands of Peyton Manning, who has looked very shaky at times this year. Healthy and rested (The Patriots will be skipping practice until Wednesday), the Patriots are a very dangerous bunch. 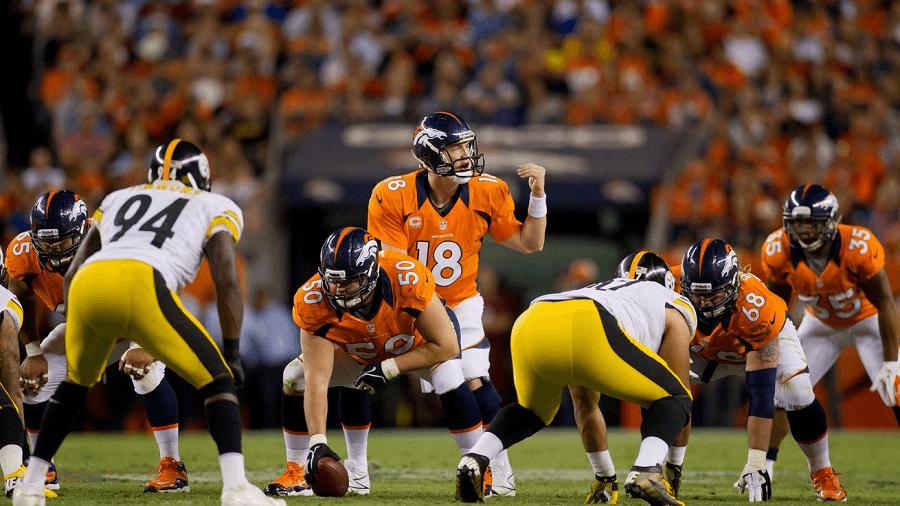 The Broncos are coming off a gutsy 23-16 win over a banged up Steelers side in the Divisional Round, and have to be pleased that they did not turn the ball over once in that game. The Broncos have one of the best defenses in the league, and they will be looking to pressure Brady from the off. The Patriots couldn’t run the ball versus the Chiefs in their Divisional Game, managing just 38 total yards on the ground. That puts an awful lot of pressure on an O-line going up against one of the best front 7’s in the game. Manning did not look as careless with the ball against the Steelers as he has been throughout the year, and that has to be a very good sign coming into this one. With that win, the Broncos are now 7-2 at home this season.

Even though two of the best QB’s in the modern game will be on the field, it will be the defenses that decide this on, I believe. The Patriots know how to get the job done in the playoffs, and that experience should carry them on to Super Bowl 50.New England Patriots 24 Denver Broncos 17
Older post
Newer post