NFL News and Rumors
If you’re an NFL gridiron gaming enthusiast that loves to bet on the Total, then you’re going to love this expert betting analysis on the Over/Under Total pick surrounding the AFC Wild Card NFL lines clash between the Pittsburgh Steelers and Cincinnati Bengals. The explosive Steelers will look to hand the underdog Bengals their record-setting fifth straight first round playoff loss when the longtime AFC North divisional rivals square off on Saturday, Jan. 9, live from Paul Brown Stadium in Cincinnati at 8:15 PM ET. Now, let’s find out what the right Over/Under wager is for this matchup.

Who’s ready for it to be Saturday already? pic.twitter.com/9hWMBwCwj2

Pittsburgh’s (6-10 O/U) played Under the total 10 times during the regular season, and went 2-6 O/U away from home including each of their last two road games, mostly because of their vastly improved defense.The Steelers limited three of its last four opponents to 12 points or less finished the regular season ranked 11th in points allowed (19.9 ppg) after opening the season with four straight under outcomes in their first four road dates.Pittsburgh ranked fourth in scoring during the regular season (26.4 ppg) and scored 28 points or more seven times in their last eight games while topping the 20-point plateau six straight times from Weeks 10-15. 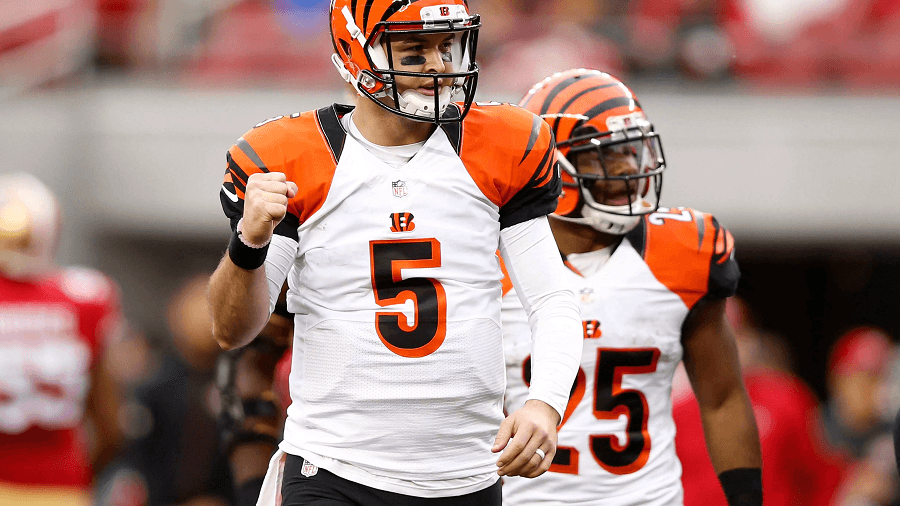 How Do the Cincinnati Bengals Affect the NFL Lines Game Total

Cincinnati (7-9 O/U) played under the total nine times during the regular season and went 3-5 O/U in the comfy confines of home. The Bengals finished the regular season ranked a stellar second in points allowed (17.4 ppg) while playing under the Total in each of their last three games while going 1-5 O/U over their last six.Still, the Bengals have not scored more than 24 points in each of their last four games, including three straight starts with backup quarterback A.J. McCarron under center.Now, Cincinnati looks like a virtual lock to continue its recent offensive struggles without Dalton on Saturday.

The Steelers and Bengals split their two Over/Under outcomes this season by playing Under the 49-point Total in Cincy’s 16-10 road win on Nov. 1 while playing Over the 49-point Total in Pittsburgh’s 33-20 rout over the Bengals on Dec. 13. The Total is 4-6 O/U in the last 10 meetings between these rivals and 2-3 O/U over the last five.The Over is 5-0-1 in Pittsburgh’s last half-dozen Wildcard games, but the Under is 6-1-1 in Pittsburgh’s last eight games against their AFC North division rivals. The Over is also 17-4-1 in the Steelers’ last 22 playoff games and 6-2 in their L/8 road games against a team with a winning home record. The Under is 4-0 in Cincinnati’s last four games in the month of January, 6-1 in their last seven games against their AFC counterparts and 5-1 in their last six games overall.While both of these teams have outstanding defenses, both teams can score the ball as well, even though the Bengals haven’t been quite as explosive without Andy Dalton. Still, with the Over going 6-2 in the last eight meetings between these rivals when they play in Cincinnati, I say the Over is the right pick! My final score prediction: Pittsburgh 27 Cincinnati 21
Older post
Newer post