NFL News and Rumors
In a way, being underrated in the NFL betting lines can be a good thing to players, as the only pressure they face is to prove their worth to themselves rather than to everyone in the league. And with that, success tends to come rather easily, compared to those top players that are constantly expected to perform highly.Aaron Rodgers, Andrew Luck, Ben Roethlisberger, Drew Brees, Peyton Manning are probably some of the common names you’ve been hearing about in the offseason in regards to the QBs expected to perform well in 2015. Russell Wilson, with his newly signed contract, is also becoming an interesting name among the top QBs, especially for fantasy NFL bettors, while Tom Brady’s stock—though somewhat reduced due his four-game suspension—is still up there.But what about the rest of the field? Which quarterbacks are not popularly mentioned among the best, but have the potential of sleeping their way into dream seasons? Here are a few names worth considering in the best QB sleepers in 2015: 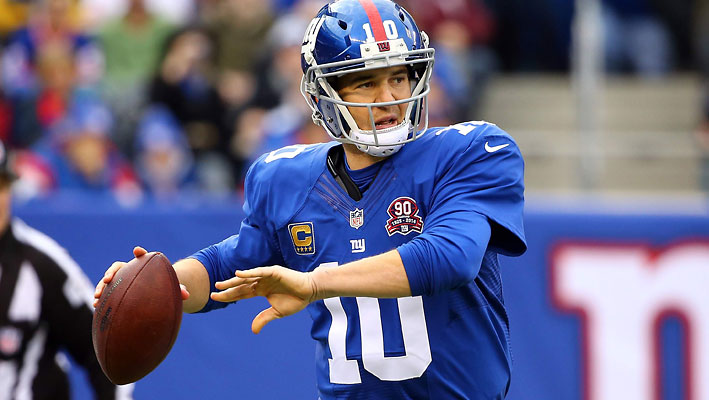 At 34 years, many are already writing off Manning, saying his best days are behind. But after seeing the likes of Peyton (39 years old) and Brady (37 years old) shine even late after their prime, Eli should be able to have his fair chance of surprising us in a good way. Mind you, Eli is a man that already owns a Super Bowl ring, and as he enters the new season, he comes with a promising set of attacking weapons (including Odell Beckham Jr., in Victor Cruz, Larry Donnell, Shane Vereen and Rueben Randle) that could easily encourage his success. Add up all that to the fact that Manning completed a career-best 63 percent of his passes, ranked in most top 10 scoring QB categories last season, and had a decent output of 4,410 yards and 30 TDs in 2014, there’s no reason Manning can’t have a better 2015 season. 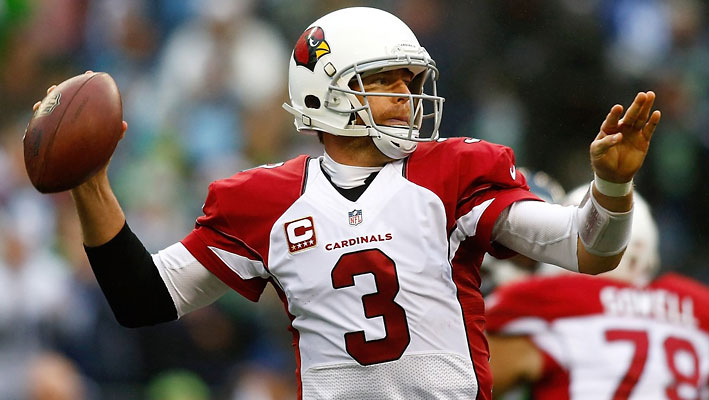 Although Palmer is not fully healed from last season’s injury and is expected “to sit out every fourth or fifth practice in the lead-up to the regular season,” as per Arizona’s official site reports, the 35-year-old QB showed enough talent to make him a solid performer in 2015, especially if he can stay healthy. In his six starts in 2014 prior to suffering a season-ending injury, Palmer led the Cards to a sterling 6-0 start (including wins over heavyweights like San Diego, Philadelphia and Dallas), completing 62.9 percent of his passes for 1,626 yards (averaging7.3 yards per attempt) and 11 TDs against just 3 interceptions. With visionary coach Bruce Arians still leading the team and tailoring the team to protect the QB and suit his offensive needs, another big season looks to be in the books for Palmer, with the Cards most likely securing another double-digit regular-season finish. 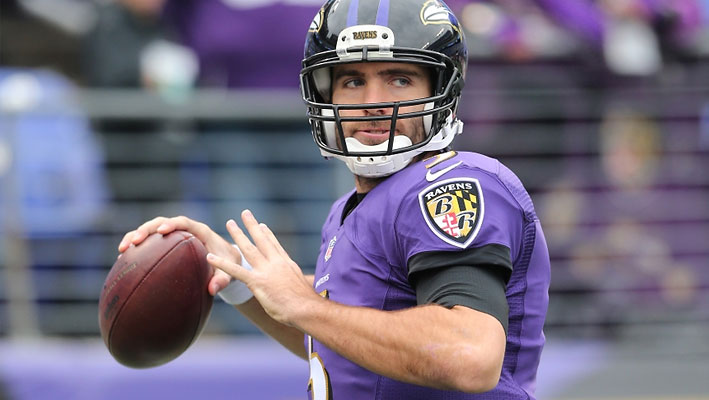 Understandably, a few down seasons in the recent years have dragged down Flacco’s name to the gutter of anonymity. Still, it would be a huge mistake on sleep on Flacco, a former Super Bowl winner whose 2014 season was not as bad as many claim it to be. Last time I checked, completing 62 percent of passes for 27 TDs and a couple of yards short of 4,000 passing yards are pretty decent. So, even with Gary Kubiak whispering magic into his earpiece, Flacco should certainly be good for a veteran-like year in 2015. 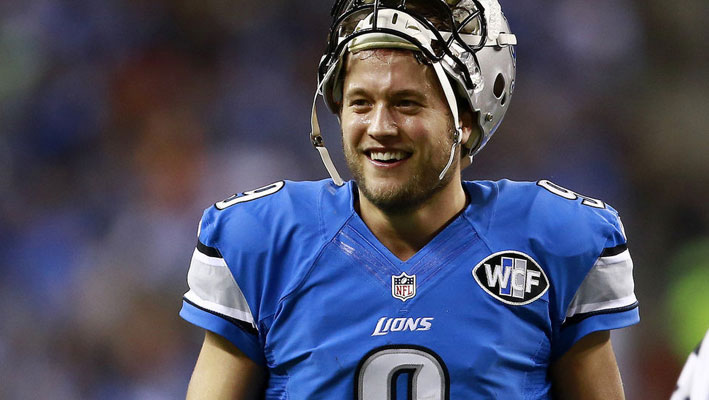 Okay, you guys are simply taking these Stafford criticisms too far. Yes, Stafford struggled with maintaining efficiency in 2014, but looking at his stats before last season, the guy was impressively averaging 4,885 passing yards and 32 total touchdowns over the previous three seasons. At 27 years old, Stafford has a real chance to improve and bounce back in a solid way in 2015. Not to mention, Calvin Johnson played most of last season with injury. In 2015, Megatron is healthy and looking really good in training, Golden Tate and Eric Ebron are developing into dependable tight ends, and rookie RB Ameer Abdullah is a massive boost in the offense, so counting out Stafford from a big year in 2015 would be a huge mistake. 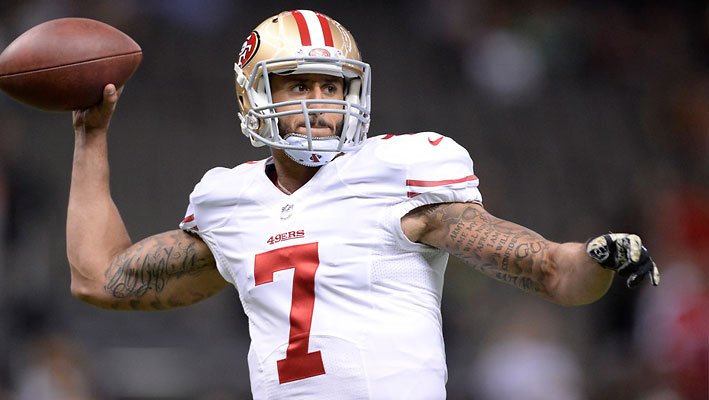 Let’s face it, Jim Harbaugh’s absence will probably affect the entire team a tad negatively, but from a passing perspective, things will probably not change much for the worse. Kaepernick has a new trainer, something that has allegedly helped the QB to improve his passing mechanics and general offensive efficiency. After rushing for the second-most yards among QBs last season (Russell Wilson coming first) and interestingly throwing for one more TD than Wilson, there’s no doubt that the San Francisco QB should be good for around 4,300 total yards and a combined 25 TDs in 2015, which should bump his stock and efficiency on both individual and team levels. 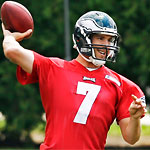 Even with his injury concerns, the Philly system boasts of a solid running game (including DeMarco Murray, Ryan Mathews and Darren Sproles) and a receiving corps group with plenty of upsides, encouraging his efficiency in the process. 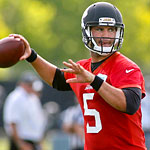 Though he still has a long way to go in terms of refining his game, his receiving corps (Allen Hurns, Allen Robinson and Marqise Lee) are serviceable players, while the addition of red zone specialist Julius Thomas, talented RB T.J. Yeldon and a solid offensive lineman in Sam Young bodes well for an improved season. 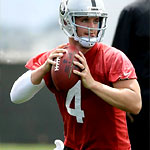 Could use some refining like Bortles, but after throwing for 21 TDs and 3,270 yards in a rookie season that he barely had any solid receiving weapons, the ceiling couldn’t be any higher for Carr in 2015, thanks to the addition of promising rookie WR Amari Cooper and renowned WR Michael Crabtree.SourcesESPN.com (http://espn.go.com/nfl/player/_/id/16757/derek-carr)BaltimoreRavens.com (http://www.baltimoreravens.com/news/article-1/Joe-Flacco-Getting-Better-With-Age/6e8b6706-bffb-40ad-b8a4-8639d217d0a6)
Older post
Newer post