NFL News and Rumors
Week 9 of the National Football League had its share of drama in the NFL betting odds, with unbeaten runs coming to an end, backup players rising to the occasion and routine heroes continuing to impress to give their teams a much-needed boost. Of course, the week also didn’t end without injuries, some of which are likely to have a huge effect on remaining weeks of the season and the online sportsbetting NFL lines for their respective teams. With that prelude, below are some of our biggest winners and losers in Week 9 of the NFL.

Things went well for the Bills in Week 9, as they are now 4-4 for the season and can hopefully challenge for the second spot in the AFC East, along with a wild card spot. Their Week 9 success over Miami can largely be attributed to the return of their star players. Star RB LeSean McCoy returned for this game and later left with an injury. But before going out, he ensured that the fans had something to talk about, as he produced 16 rushes for 112 yards and a 48-yard touchdown run. Backup Karlos Williams was also back into the squad and did not fail, posting nine carries, 110 yards and two scores as the Bills beat the Miami Dolphins 33-17, their second win over Miami this season.And if those two backs impressed, then the passing duo of Tyrod Taylor and Sammy Watkins were certainly outstanding. Watkins had a 44-yard touchdown catch which turned out to be what the team needed as impetus to push the game beyond the Dolphins. Watkins ended the game with eight grabs for 168 yards. Taylor, on the other hand, completed three passes for 13 yards and 10 rushes for 44 yards in his return from injury, giving the Bills a crucial boost over the improved Dolphins. Although the schedule ahead of them is very rigorous, they should be able to continue their surge if they continue playing like they did this weekend.

The Giants defense had gone through some beating and bruising over the recent weeks, and needed someone to offer protection. And without a doubt, the return of Jason Pierre-Paul ensured just that this past weekend. He was named on the starting list and played till the third quarter, showing no signs of fatigue even with his advanced age, which allowed the Giants to claim a morale-boosting 32-18 road win over Tampa Bay. His return was particularly vital since the Giants were without Jon Beason and Prince Amukamara, and had lost defensive tackle Johnathan Hankins in the first quarter. Given the schedule ahead of them, losing to the Buccaneers was not an option, and it was refreshing to their fans to see them lead from the first quarter to the last. The fact that the defense held up, gave the offense more room to do what they do best on the other end of the field. The Giants currently lead the NFC East with a 5-4 (.556) mark, with the only real threat being the Philadelphia Eagles with 4-4 (.500) mark. This underscores the value of their win particularly in a weekend that Philadelphia also secured an OT win over Dallas. 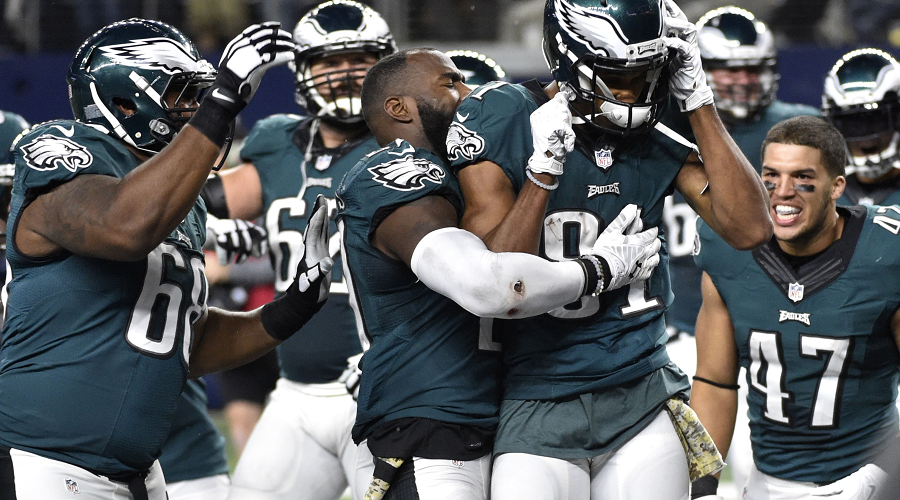 The Eagles stood strong against the Cowboys in a game that stretched them in all kinds of ways. The 33-27 road victory over the Cowboys was what the Eagles needed and deserved to keep their playoff hopes alive, but it was not a walk in the park, as their patience had to be tested until overtime. The win put them back into the .500 region and a 4-4 regular season record. This puts them just one game behind the leaders the New York Giants, though the Eagles have a better head-to-head record over the Giants, something that could prove crucial in the long run. Beating the Cowboys and doing so in the overtime may not be seen as impressive, but it surely changes a lot for the Eagles. They are in the race for the playoffs and are in the race to win the division, which both looked like distant targets a few weeks ago. Carolina Panthers: There are simply not many ways to say this, but beating Aaron Rodgers and the Green Bay Packers was a MASSIVE achievement for Carolina. The fact that Cam Newton proved his doubters wrong by throwing for three TDs and running for another in the 37-29 win is particularly a big plus for the unbeaten Panthers (8-0), who are now the lone undefeated NFC team and are on pace to finish with the best conference mark. After overcoming such a challenge, it wouldn’t be far-fetched to say the Panthers can go ahead to stay unbeaten, given their remaining fixtures are against very beatable teams (at Titans, vs. Redskins, at Cowboys, at Saints, vs. Falcons, at Giants, at Falcons, vs. Buccaneers). Patriots and Bengals: Outside the Panthers, the Cincinnati Bengals and New England Patriots both managed to win their Week 9 games to stay unbeaten with 8-0 records. Some may argue that beating soft opponents in Cleveland and Washington was easy for the Bengals and Patriots, respectively, but considering what Indianapolis did to Denver, nothing can be taken for granted here. FYI, being that Carolina, Cincy and New England are the only undefeated teams so far with 8-0 records means that it is the first time in NFL history that three teams have managed to stay unbeaten through this many games. Minnesota Vikings: Recorded their fourth straight win and climbed to the top of the NFC North standings with a 6-2 record, thanks to their hard-earned 21-18 OT Sunday win that was fueled by former MVP running back Adrian Peterson over rookie star back Todd Gurley and the St. Louis.

Despite staging a spirited catch up show, the Packers failed to bring an end to the Panthers’ unbeaten run. By the second quarter, the Packers were trailing the Panthers 27-7. Aaron Rodgers then staged a comeback and looked like they’d upset their hosts, but the reigning league MVP was intercepted by Thomas Davis, ensuring the Panthers entered Week 10 with their undefeated record intact. In the end, the Packers defense—which has been the team’s weakest link over the years—proved weak once again, allowing Carolina’s Cam Newton to pass for 297 yards and 3 touchdowns against just one interception. Newton added another 57 rushing yards and a score on the ground. In comparison, Green Bay managed just 71 total yards on the ground on 19 attempts, summing up a lackluster show from them. With their 6-2 record, the Packers now find themselves precariously tied with the Vikings (6-2) at the helm of the NFC North standings, which means that the Packers will need to have zero tolerance for errors in the second half of the season, or else the divisional crown could easily go to the surging Vikings. 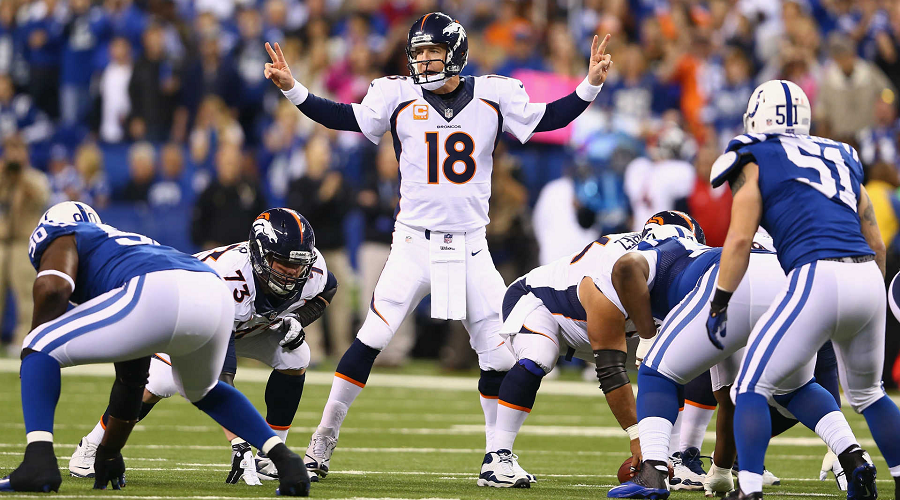 The Broncos and their hard-nosed defense finally came tumbling down as they lost 27-24 to the Colts on Sunday. Interestingly, the real battle in this game was between veteran QBs Andrew Luck and Peyton Manning who both, for some strange reason, completed 21 of 36 passes for two touchdowns. The only difference between the two came in the passing yards, where Luck recorded 252 yards while Manning had 281. However, Luck was better at the interceptions, as he had no picks, while manning had two embarrassing interceptions. Also, Manning failed to break Brett Favre’s all-time passing record of 71,838, falling just three yards short and costing many bettors a lot of money in the process. More notably, that loss means the Broncos are 7-1 in season and still lead the AFC West quite comfortably, but now have to fight to stay perfect for the second half of the season and hope that the Bengals and Patriots suffer at least one loss before the end of the season. It is only through losses for those two teams that the Broncos can have hopes of finishing with the best conference record.
Older post
Newer post