NFL News and Rumors
While Tom Brady and Peyton Manning are set to meet for the 17th time in what has been one of the longest rivalries in NFL history, Sunday’s AFC Championship game between Brady’s Patriots and Manning’s Broncos is all about Brady versus Denver’s elite defense! Will the Broncos be able to sow down the incomparable Brady or will ‘Tom Terrific’ have his way en route to yet another Super Bowl appearance? Let’s find out now and review the NFL odds for this coming match.

How to Bet the Broncos vs. Patriots AFC Championship Odds & TV Info

Why Bet the Denver Broncos Odds at +3

Because they’ve got the best defense in the league and are playing at home! Look, there are plenty of great reasons to back the Denver Broncos to bring home the bacon in this contest, starting with the Broncos’ shut-down defense!By now, you almost certainly know that the Broncos finished the regular season ranked first in total defense for the first time in franchise history (283.1 ypg), while also ranking first against the pass (199.6 ypg), third against the run (83.6 ypg) and fourth in points allowed (18.5 ppg)!The Broncos allowed just one opponent to reach the 30-point plateau this season and gave up just one 300-yard passing day to Ben Roethlisberger and one 100-yard rushing day to Kansas City’s Jamaal Charles back in Week 2.You should also know that Denver tied for seventh in takeaways (27) and placed four defensive players in the 2016 Pro Bowl in cornerbacks Aqib Talib (third) and Chris Harris Jr. (second selection) and outside linebackers Von Miller (fourth) and DeMarcus Ware (ninth). Miller has recorded a team-high 11 sacks and Talib has picked off a team-high three passes.The Broncos also have home-field advantage in this contest where they’ve gone 7-2 so far this season. Denver also beat New England the last time they faced the Pats at home in the postseason in the 2014 AFC Championship.Last but not least, while Peyton Manning clearly isn’t the same quarterback he used to be just a few seasons ago, he’s still one of the smartest signal-callers to ever lace up a pair of cleats and his cerebral ways could also help lift the Broncos to victory. 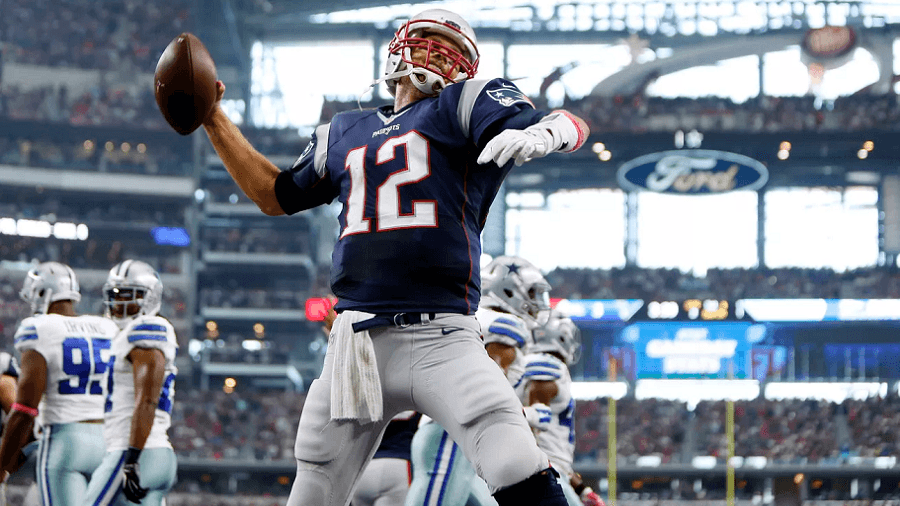 Why Bet the New England Patriots Odds at -3

Because they’ve got Tom Brady and Bill Belichick on their sideline! The Patriots ranked sixth in total offense ad third in scoring (29.1 ppg) mostly because of the play of future Hall of Famer Tom Brady. New England ranked fifth in passing (286.7 ypg) while Brady finished fourth in passer rating (102.2) and third in passing yards (4,770).Making matters a bit more difficult for the Broncos is the fact that Brady enters the AFC Championship as the most accomplished passer in postseason history, having compiled a stellar 22-8 postseason record, including last weekend’s win over Kansas City.The Patriots also have a solid, if not outstanding, defense that could cause Denver’s uninspiring offense a bit of trouble if they’re not firing on all cylinders. New England ranked ninth in total defense (339.4 ypg) and 10th in points allowed (19.7 ppg) while placing three players in this year’s Pro Bowl including linebacker Jamie Collins, cornerback Malcolm Butler and defensive end Chandler Jones.Last but not least, New England has head coach Bill Belichick n their sideline and he’s proven that he knows how to beat Manning in the past – even when he’s not cheating (I guess). Under Belichick’s guidance, Tom Brady has been able to put together a stellar 11-5 record in 16 games, though he’s just 202 against Manning in the postseason. Make no mistake about it, Denver head coach Gary Kubiak is not even in the same stratosphere of coaches as Belichick and that could be crucial.

Maybe it’s me – or maybe its Denver’s lack of offense – but I just don’t understand why a whopping 63 percent of the betting public likes New England to get the road win and ATS cover! For me, I like the Denver Broncos to not only cover the spread, but to get the outright win at home to advance to Super Bowl 50.New England has lost three straight road games both SU and ATS as a favorite of 3-points or less while Denver has compiled a perfect 5-0 SU and ATS mark in their last five games as an underdog of 3-points or less. Not only that, but the home team in this rivalry has recorded an unblemished 6-0 ATS mark in their last six meetings while the Patriots have gone 1-5 ATS in their last half-dozen road games against the Broncos, 1-5 ATS in their last six road games and an identical 1-5 ATS in their last six AFC Conference Championships games.Again, while Tom Brady has gone 11-5 SU and 9-6-1 ATS against Manning in their careers, they future Hall of Famers have also split four playoff games against each other, both SU and ATS. I love Denver’s defense and I firmly believe that stellar defense is still what wins championships, even in today’s pass-happy times.I like the Broncos to get the outright win and ATS cover!My final score prediction: Denver 24 New England 21
Older post
Newer post