With respected NFL lifer Jack Del Rio now in charge and talented young quarterback Derek Carr looking like the long-term answer for Oakland at quarterback (finally), the Oakland Raiders (3-13 SU, 8-8 ATS, 10-6 O/U) are simply looking to get back to being a respectable NFL franchise. The future NFL lines have Oakland as one of the long shots for the coming season, but the Raiders could actually be headed in the right direction after years of aimlessly floundering in futility. Thanks to this expert preview on Oakland’s chances of cashing in on their Super Bowl 50 Odds you’re going to have a great idea of just what to expect out of the Raiders over the course of the 2015 NFL regular season. 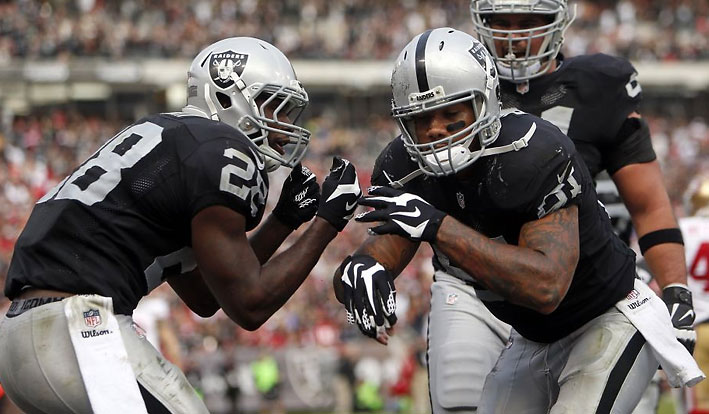 Despite winning just three games in 2014, the Oakland Raiders did have some good news, even if it wasn’t nearly as much as they’d have liked.First and foremost, it appears as though the Raiders have finally found their franchise quarterback in surprisingly poised 2014 second round draft pick, Derek Carr. While the young signal-caller often struggled as does any rookie not named Dan Marino, Carr also showed composure beyond his years more often than not and was rarely the main reason when the Raiders did lose.

While Carr completed just 58.1 percent of his passes, he did manage to throw for 3,270 yards with 21 touchdowns and more importantly, just a dozen interceptions.Heck, the Raiders will even carry some momentum into the 2015 regular season, having won three of their final six games by beating a trio of teams in Kansas City, San Francisco and Buffalo, that all had postseason hopes until the final few weeks. Along the way, Carr threw eight TD passes and just three interceptions over the span. 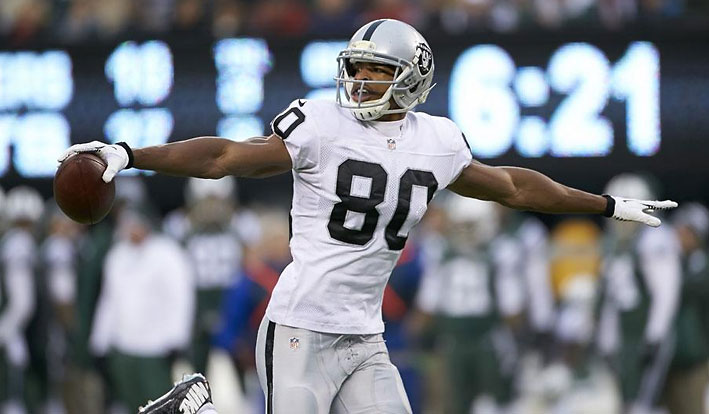 Oakland also saw first round draft pick, linebacker Khalil Mack show everyone why he was picked with the fifth overall pick in last year’s draft. Mack looks like a sure-fire perennial Pro Bowler and finished the 2014 season with 75 tackles, four sacks and a forced fumble.The Raiders also finished a respectable 16th in pass defense (238.1 ypg) and full back Marcel Reece had a Pro Bowl campaign by averaging 4.0 yards-per-carry and catching 37 passes, but that’s about it as far as the good news is concerned for Oakland.

There was plenty of bad news for the Raiders as well – on both sides of the ball too. While Carr showed a ton of promise and potential, Oakland finished dead last in total offense (282.2 ypg), including 26th in passing (204.7ypg) and dead last in rushing, averaging a pitiful 77.5 rushing yards per game.

It’s kind of hard to win games when you can’t score the ball or stop the other team from scoring as Oakland did for the vast majority of the 2014 regular season. Oakland ranked 31st in scoring by averaging a disgraceful 15.8 points per game while also ranking dead last (again?), in points allowed (28.2 ppg). 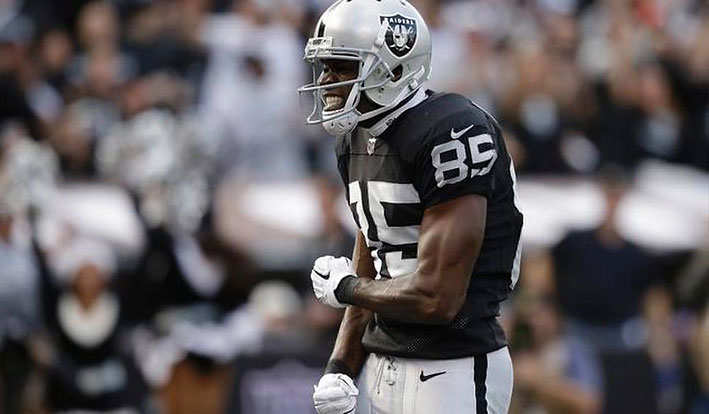 Let’s take a look at Oakland’s offensive statistics from this past season.

Here is a look at Oakland’s team defensive statistics.

Here is a look at Oakland’s team statistical leaders. 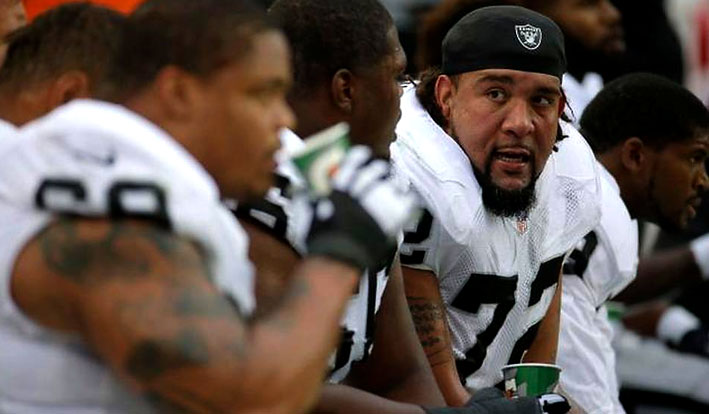 Oakland’s quandary at the wide receiver position is pretty simple. Starters, James Jones and Andre Holmes are both better suited to being second-tier kind of receivers. Now, whether Oakland drafts Amari Cooper with the fourth pick in the draft or tires to address this need in free agency is another story all together.Personally, I take Cooper, who looks like he has the talent to go down as one of the best of his era. The Raiders could also go after veteran free agents like Randall Cobb, Hakeem Nicks, Michael Crabtree or Kenny Britt.

Second-year back Latavius Murray had a fantastic season in averaging 5.2 yards-per-carry ad 424 yards, but veteran former starter Darren McFadden hasn’t reached the 1,000-yard plateau since doing so in 2010 and probably will be relegated to nothing more than a backup if he stays with the franchise.The Raiders can address their running back needs in the later rounds of the draft or via free agency, but they need to do something and in a hurry. 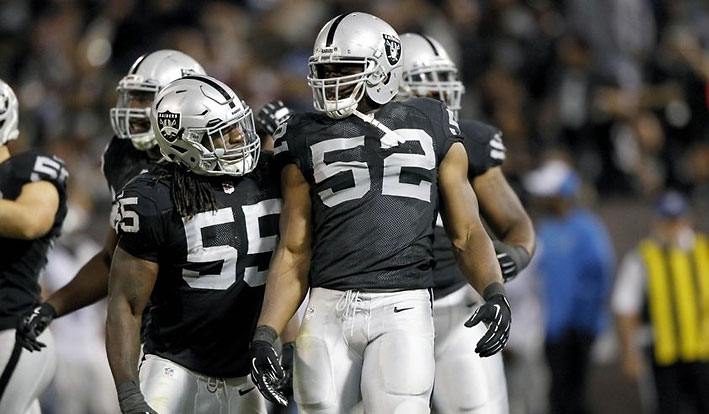 Veteran defensive end Justin Tuck is now 31-years-old and aging quickly and has racked up five sacks or fewer in three of his last four seasons. Veteran defensive tackle Antonio Smith is 33 and fading even quicker it would seem. Fifth-yearend C.J. Wilson had just two sacks and looks more like a backup than a starter leaving rookie defensive tackle Justin Ellis as the only ‘safe’ returning starter in my estimation.If the Raiders don’t go for Amari Cooper, they could nab Nebraska defensive end/linebacker Randy Gregory to pair up with Khalil Mack and offseason rumors have persisted that former Denver Broncos tackle Terrance Knighton is likely to sign with the team to play for Del Rio.

I like second-year tight end Mychal Rivera, but the Raiders could use some quality depth here, likely in the form of a veteran pass-catching free agent. 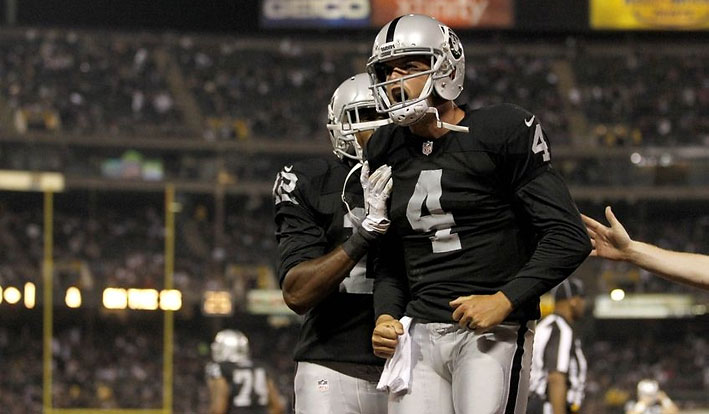 With the fourth overall pick in the 2015 NFL Draft, the Oakland Raiders select…Alabama wide receiver Amari Cooper…or Nebraska defensive end.I personally don’t think the Raiders can go wrong by picking either one of these talented collegiate stars, but Oakland really needs help at wide receiver more in my estimation.However, with an absolute ton of receiving talent in this year’s draft and free agency, the Raiders could go after Gregory and try to really get after talented and cerebral AFC West signal-callers Peyton Manning, Philip Rivers and Alex Smith. 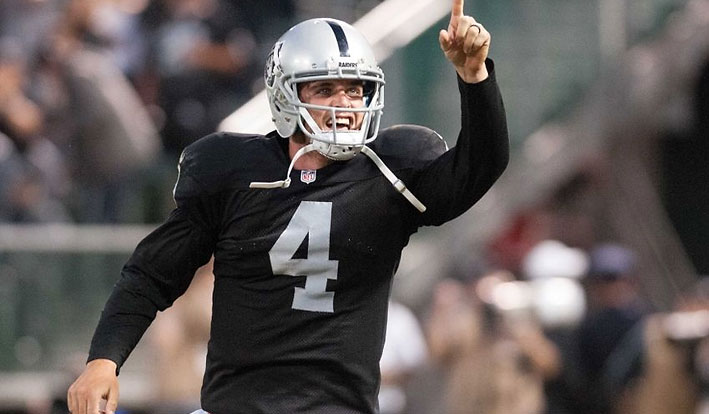 Oakland Raiders +30000The Raiders are tied with Jacksonville and Tennessee for the lowest NFL betting odds to win Super Bowl 50, but I thin they’re going to have a better chance at improving in 2015 than those two franchise, mostly because I believe they’ve got the best head coach and quarterback of the three rebuilding franchise.

Unfortunately for the rebuilding Raiders, they will enter the 2015 NFL regular season tied with the Kansas City Chiefs with the seventh toughest schedule on the books. Clearly, this doesn’t bode well for a franchise that has plenty of holes to fill and is looking to get back to being a .500 franchise at the very least.Still, I like the Oakland’s hiring of Del Rio and I believe his additions of Bill Musgrave as offensive coordinator and former Seahawks linebackers coach Ken Norton, Jr. to takeover the defense will be a breath of fresh air for the bay area. 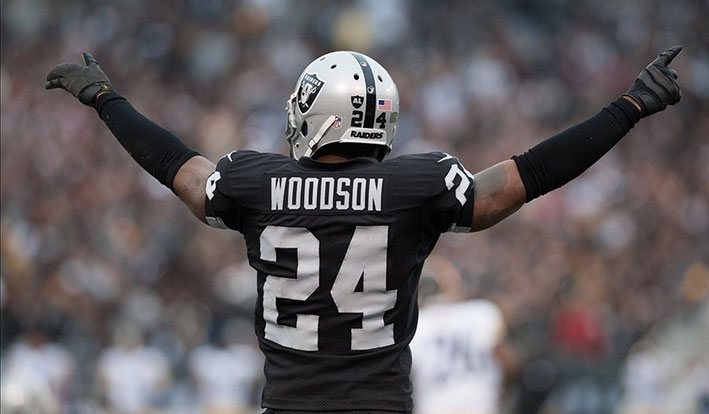 I’m going with the Raiders to at least double their win total from a season ago, while possibly reaching seven wins at best. The win total may not sound like much, but for Oakland, it will be a pretty sizable step forward.I expect Oakland to be a lot more competitive under Del Rio this coming season and I’m also expecting the Raiders to become one of the better ATS teams in the league.Oakland Raiders 2015 Predicted Records: (6-10 SU, 10-6 ATS, 10-6 O/U)
Older post
Newer post