NFL News and Rumors
It has been 13 years since the Raiders had a winning NFL betting season and owner Mark Davis feels that Jack Del Rio, the new Oakland coach, is the man to change that history.“I have no doubt that he will make a significant impact and help reach the goal of everyone in this building, which is to win championships,” said Davis when welcoming Del Rio to the team in January.

“I thought it was a real productive time for us.” – Head Coach Jack Del Rio MORE: http://t.co/kQOotpy5l3 pic.twitter.com/Gf4dEpGIWR

Oakland’s General Manager Reggie McKenzie also expressed his confidence in the new coach by saying, “Jack Del Rio brings a strong leadership presence to this organization. He has developed an excellent reputation as a coach in this league and we are happy that he is a Raider.”Undeniably, Del Rio has proven that he is capable of a few positive changes here and there, but I wouldn’t use the word “excellent” to describe his reputation. Yes, in his three seasons as a defensive coordinator of the Broncos, he did a serviceable job, including a strong showing in 2014 when he led Denver to a third-best total defense in the league. However, prior to that, Del Rio was the head coach in Jacksonville, where he compiled a 68-71 overall record, a number that doesn’t exuberate confidence.Nonetheless, on the credence of his successful time at Denver, expecting some improvements in the Raiders’ total defense, which was last in the league in 2014 (allowing 28.3 PPG), would be logical. But as far as winning championships is concerned, the Raiders still have a couple of years to go. 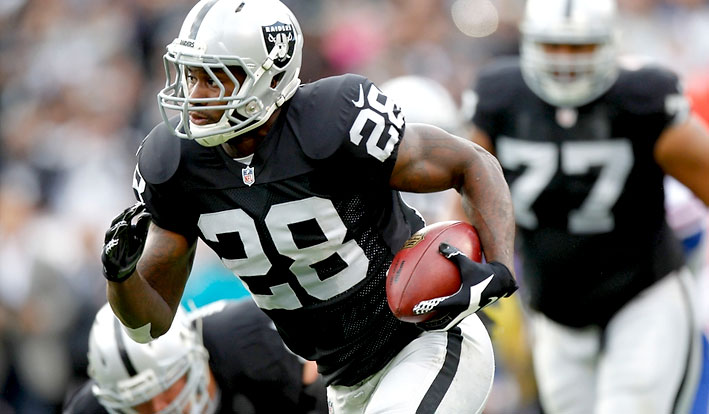 The pieces are already there in the team, with the likes of QB Derek Carr, linebacker Khalil Mack, running back Latavius Murray and full back Marcel Reece looking good enough to continue with their surging performances, and new signings like receiver Michael Crabtree, running back Roy Helu also offering promising options to work with.With the decent offseason additions made by the team, and a good support system for Del Rio from the Oakland management, the new head coach is almost guaranteed to help the Raiders improve their season win total. 5 or 6 wins should thus be in the books for Oakland in 2015, and possibly more wins in the upcoming seasons. But in regards to digging the Raiders out of their championship drought and title relevancy in the AFC, the Raiders will need to be a little more patient with their new coach.SourcesWikipedia.org (https://en.wikipedia.org/wiki/Reggie_McKenzie_(linebacker))ESPN.com (http://espn.go.com/nfl/player/stats/_/id/16757/derek-carr)
Older post
Newer post