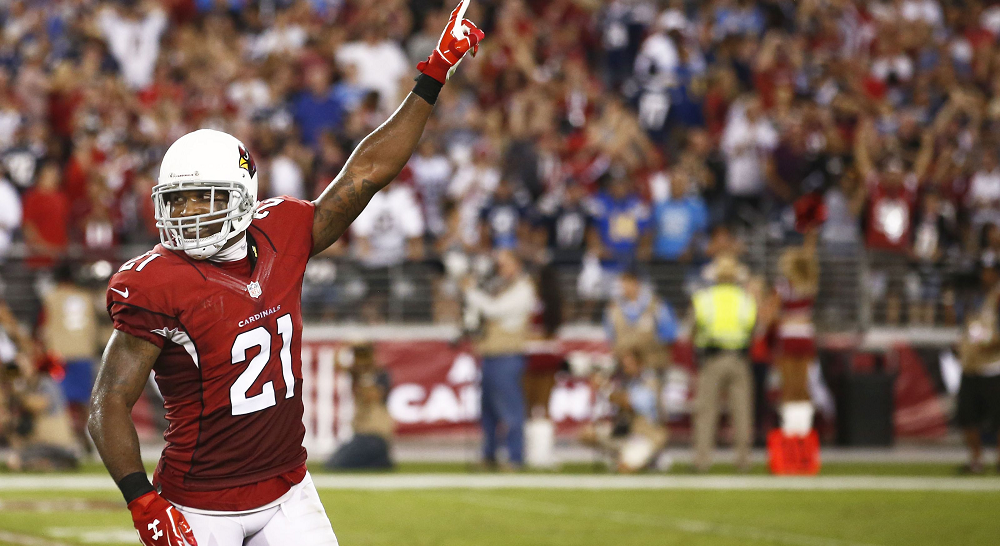 NFL News and Rumors
Arizona Cardinals look to build on a standout 2014-2015 season, but with the fifth toughest NFL schedule in the league, the real question here is: Can they really improve their online betting odds? Join us as we preview the Cardinals’ NFL schedule and serve up predictions against the projected season win totals currently trading.

50 days until the #AZCardinals kick off the season! pic.twitter.com/lwp4hn7lLC

The Arizona Cardinals proved to be a bit of a surprise, playing above NFL betting expectations in 2014 as they finished the season with an 11-5 SU record and advanced into the playoffs. Indeed, at one point they led the formidable NFC West division, only for Seattle Seahawks to launch a late rally down the stretch and wrestle the divisional title from their grips. 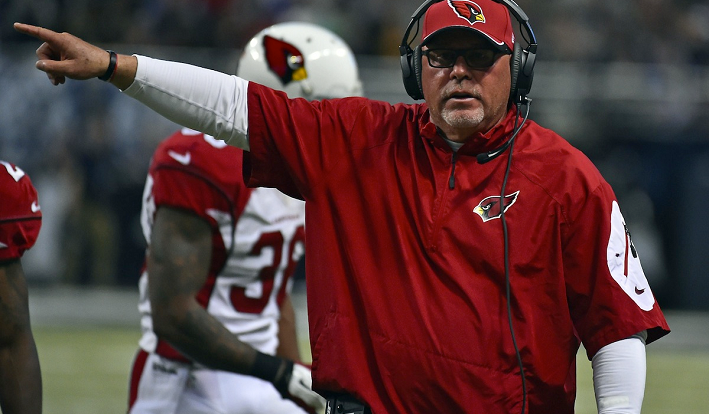 To be fair, the Cardinals were hit severely by injuries. Namely to the quarterback position as coach Brian Arians was forced to send in one backup after another, which in hindsight also became their undoing in the playoffs. One wonders what would have happened in the NFC West had Carson Palmer never been injured. The starter was well on pace towards a standout season. In just six games, he threw for 1, 626 yards and 11 touchdowns. That’s an average of 271 yards per game and just under 2 touchdowns a game. Had he played a full 16-week season, he would have been on pace for well above 4,000 yards. One thing is certain, the Cardinals would have had a much better shot in the Wild Card game against Carolina Panthers with Carson Palmer calling the shots.In any event, there’s no sense in crying over spilt Budweiser. Coach Brian Arians deservedly received the Coach of the Year Award for his ability to extract the maximum out of the roster he was left with towards the business end of the season. Motivating, inspiring and leading his no-nonsense lads in the face of adversity before bowing out gracefully. Heads held high. Earning the respect of all NFL betting fans, neutral and loyalists alike.

By the NFL odds, it’s rather a modest outlook for the Arizona Cardinals despite breaking new ground in 2014. It’s been an upward trajectory for the Cardinals with Arians at the helm, improving form a 10-6 SU season in 2013 to an 11-5 SU season in 2014. Given their upside, one would assume NFL betting expectations would fall in line. That’s not the case as bookies across various sports betting platforms set season win totals at 8.5. Granted the OVER is favored at -125 but the UNDER 8.5 is trading rather closely at -105 NFL odds. 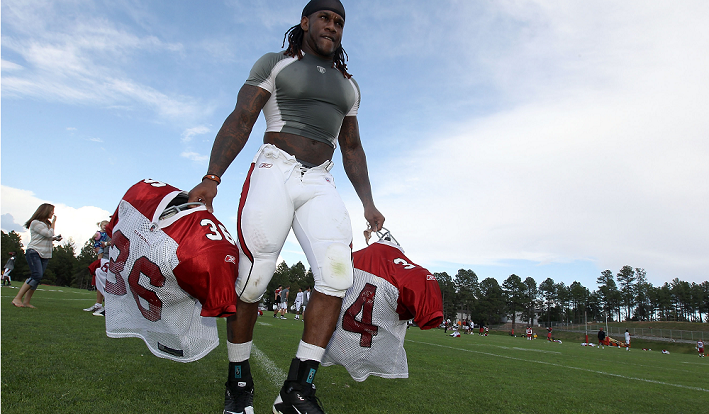 Do odds makers expect the Cardinals to take a Step Back in 2015?

With the projected season win total in single digits and barely above .500, it appears odds makers are suggesting the Cardinals might take a step back. This could be down to the strength of the NFL schedule, which ranks an alarming 5th in the league and boasts a 0.557 winning percentage. As well, it could be down to the uncertainty surrounding Carson Palmer, who is coming of a second career ACL injury. Whether he’ll be fit and ready to lead the Cardinals in the coming season is big question mark.That said, the Cardinals did defy the NFL odds last season. Smashing the 7.5 season win total set across sports betting platforms well and truly en route to the 11-5 SU record, all while navigating the 8th toughest NFL schedule that boasted a 0.547 winning percentage. Don’t know about you, but it does look like the NFL odds makers might be severely underrating the Cardinals. 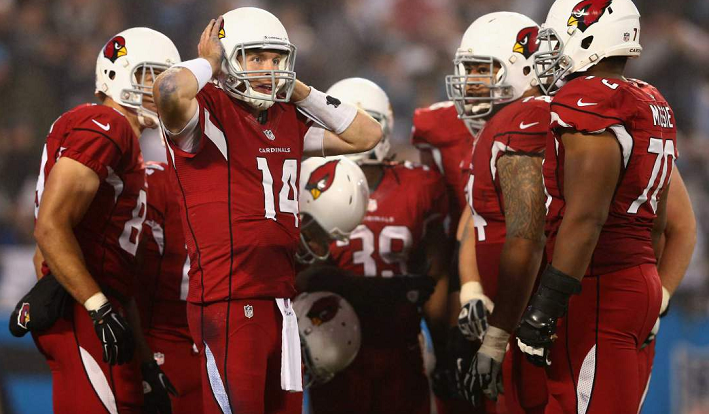 Arians and the Cardinals ring in the NFL 2015-2016 season at home against a New Orleans Saints, who left a lot to be desired last season. Then they take on three suspect sides in a row: Chicago, San Francisco and St. Louis. A triplet that is mired in rebuild mode and at this stage don’t strike an overly imposing pose. What’s more, only the date with the Bears is on the road.
NFL Prediction and Picks: Cardinals go 4-0 SU 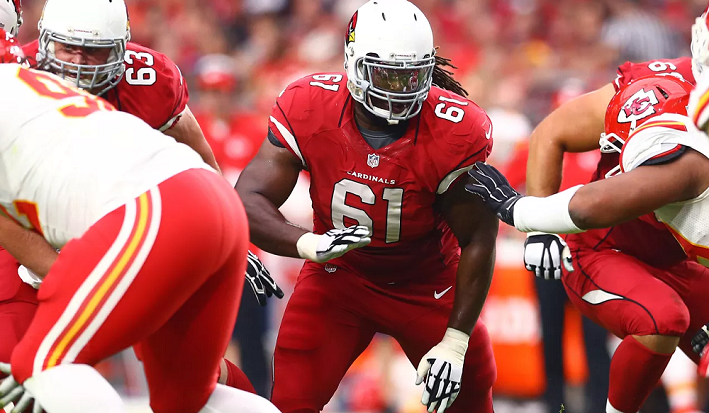 After the tough date with the Lions, the Cardinals take on the Steelers for a second consecutive road game and another one that could go either way really. Week 6 NFL betting marks the first Primetime game for the Cardinals. Home advantage is going to be key against the dangerous Baltimore Ravens, who aren’t averse to masterminding road upsets. In fact, they live by that score. Finally, the Cardinals wrap up this stretch against Cleveland Browns. It’s a short week, but it shouldn’t matter at all. Put this way: color the world shocked if the Arians and the Cardinals lose to the Johnny Manziel led Browns.The only NFL pick that is a lock here is the Browns game, the rest are up for grabs. So at worst the Cardinals go 1-3 SU at best 2-2 SU
NFL Predictions and Picks: Cardinals improve to 5-3 SU or as high as 6-2 SU

After a week 9 Bye, the Cardinals travel to Seattle to take on arch rivals Seahawks on Sunday Night Football’s card. The Cardinals will want to make a statement in this game, particularly as they lost the series last season and only boast a 1-3 SU record against the Seahawks since 2013. It’s a tough one to call for your NFL picks, but if the Cardinals are to be considered legitimate contenders this is the game they’ll want to win. If only to throw down the gauntlet in the NFC West division race. After a visit from the Seahawks, the Cardinals take on Cincinnati (home), San Francisco (road) and St. Louis (road). As the NFL season is inside the second half, all these games will have playoff implications. So long as Palmer is still healthy at this stage of the season, most NFL bettors will fancy the Cardinals on their NFL picks over this four-week stretch to go at least 2-2 SU. If not 3-1 SU, surely.

NFL Predictions and Picks: Cardinals improve to 7-5 SU or a high of 9-3 SU

The final stretch of the season looms rather favorably for the Cardinals with three out of four games at home. However, the opposition isn’t exactly the lightest in the league with the Vikings, Eagles, Packers and Seahawks making up those dates. The Vikings in week 14 NFL betting, on Thursday Night Football no less, is a winnable game with home advantage for the Cardinals and a second-year quarterback in Teddy Bridgewater leading the visitors. The ensuing dates with a triplet of heavyweights is another matter entirely. Beating the Eagles in week 15 NFL betting on the road is going to be a tough ask. As is slowing down the high-octane offense of the Packers in week 16 NFL betting at home, before facing off the Legion of Boom in Week 17 NFL betting at home. 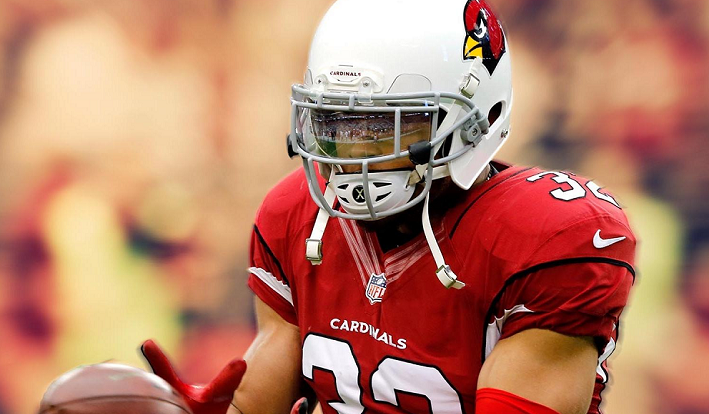 Of the entire NFL schedule, this is going to be the toughest stretch. Not only because of the quality of the opposition, but also because the playoffs are likely to be on the line. How well they do here is going to be deciding for the Cardinals. Suggesting they would sweep the last four games is overly optimistic. Only a diehard Cardinals fan would bank on such an outcome. Cooler heads will take the conservative approach and tip the Cardinals to go 2-2 SU.

NFL Predictions and Picks: Cardinals finish the season on a low of 9-7 SU to a high 11-5

NFL Betting Verdict: According to our breakdown of the Cardinals NFL schedule we have them finishing anywhere from a low of 9-7 SU record to a high of 11-5 SU, which puts us over the projected season win total of 8.5. Therefore, we recommend taking the OVER 8.5 at -125 at Bet365. Sources:FoxSports.com: http://www.foxsports.com/nfl/story/can-carson-palmer-bounce-back-from-injury-ridden-2014-season-072215Yahoo Sports: http://sports.yahoo.com/nfl/players/23977/
Older post
Newer post