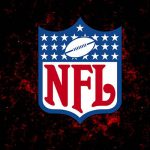 A lot can happen in the final five weeks of the current NFL season. Will Arizona remain the best team in the NFC? Can Kanas City overtake New England and grab the 1-seed in the AFC? Check out six top bold NFL Betting predictions for the last weeks of the NFL’s regular season. Bold NFL Predictions for the Last Weeks of the Regular SeasonNFL Week 14  - Week 18 When: Thursday, Dec. Who is going to end this NFL season as the Super Bowl champion? By this stage of the season, we all usually have a very definite opinion in who that team will be. It says something about the parity in the league that no one is really making any grand predictions about the potential winner. There are a few teams who seem to be ready to make a run once the postseason begins, but that could all change over the final few weeks of the year. We are at a point now where every game takes on some level of importance, as a tough loss in Week 14 could well be the difference between getting into the playoffs and missing out. This will all play out over the next few weeks, but for now, let’s focus on our SU picks for Week 14 of the season so you can place your bets against the NFL odds.

If you look at previous meetings between teams, it’s easy to get carried away and not look at anything else. For example, the Falcons have win 7 of their last 10 meetings with the Panthers, but is that a trend that is relevant this season? Well, one of the losses that the Falcons have taken this season came against the Panthers, a 19-13 loss in their own building. With that loss, as well as some others this season, Atlanta is now just 2-10 SU in their last 12 versus the NFC. Drilling down even further, they only have 1 win in their last 8 versus teams from within their division. The Panthers are 2-4 SU at home this season and come into this weekend on the heels of 2 straight losses. Despite that, I think they grind out the win in this one.

Things tightened up dramatically in the AFC North on the heels of a single play. In Week 13, the Ravens and the Pittsburgh Steelers went head-to-head, with Baltimore getting within a point late. Instead of kicking the point after and going to OT, they opted to go for the 2-point conversion, which they missed. Things can get tighter still if the Ravens have another off day against the Cleveland Browns this weekend. Cleveland is in the battle for a Wild Card spot and can’t afford to have too many more losses in their future. Baltimore has made a habit of winning close games, but they have been good against the Browns, winning 5 of the last 6 meetings. They took out Cleveland 16-10 in their earlier meeting this season.

Prior to the start of the season, a lot of people had this as a potential Super Bowl matchup. After all, you have the defending champions going against a Bills team that went all the way to the AFC Championship Game last season. The Buccaneers are exactly where we expected them to be at this stage of the season, but things are not going so well for the Bills, who are clinging to the final playoff spot in the conference. The Bills have dropped to 7-5 on the season and could potentially slip below the playoff line with a loss here. The bad news for Buffalo is that they are just 3-7 in their last 10 meetings with the Buccaneers.

Posted: Wednesday, December 8, 2021 3:48, EST
Who is going to end this NFL season as the Super Bowl champion? By this stage of the season, we all usually have a very definite opinion in who that team will be. It says something about the parity in the league that no one is really making any grand predictions about the potential winner. There are a few teams Read More

Posted: Friday, November 26, 2021 4:18, EST
We have seen some real parity in the NFL this season, which is great for fans who love to see a playoff race that goes all the way to the final week of the season. Both of these teams come into Week 12 sitting below the playoff line, and while that is not a good place to be at this Read More

Posted: Wednesday, November 24, 2021 6:40, EST
It’s a bit of a treat for NFL fans in Week 12, as it falls on Thanksgiving Day, which means a tripleheader of football action on Thursday. While American citizens relax with a turkey dinner and a couple of adult beverages, teams will be preparing for the stretch run of the season. It’s late enough in the year for the Read More

Posted: Thursday, November 18, 2021 10:37, EST
Washington heads to Carolina in what will be a key game for both sides. The Football Team has been a little better of late, as they come off a stunning upset win over the Bucs. As for Carolina, Cam Newton is back in the fold, and the team sits at 5-5, not far outside of the divisional lead. This is Read More

Posted: Wednesday, November 17, 2021 2:16, EST
Betting on the NFL this season has been a task that should come with hazard pay given the number of surprising results we have seen. Week 10 was particularly strange, with many of the favorites to win the Super Bowl falling to what can best be deemed as lesser opponents. We also saw our first tie game of the year, Read More

Posted: Sunday, November 14, 2021 11:20, EST
Carolina Panthers vs Arizona Cardinals Score NFL Week 10 Result | NFL Betting Odds & Scores With Cam Newton back in town, the Carolina Panthers stunned the NFC-leading Arizona Cardinals in a decisive 34-10 victory. Cam Newton in his second debut with the Panthers, throwing for one touchdown, running for another and sparking Carolina to a 34-10 win over Read More

Posted: Thursday, November 11, 2021 11:33, EST
The Carolina Panthers travel to Arizona this weekend to take on the Cardinals in a game that will have big meaning for both teams. Carolina is 4-5 on the season, and Arizona is 8-1 on the season. Carolina is going to be without their starting quarterback this weekend as Sam Darnold is out with an injury. PJ Walker will look Read More

The Carolina Panthers are working towards building a team around Cam Newton. With a few smart moves, Newton could be set up for success for the first time ever since signing in 2011. What the Panthers should be looking for is an offensive tackle, paying attention to that hole in their roster, the edge rusher. Otherwise, Newton will continue to be unprotected and unable to make the plays they need for the Regular Season. With being awarded the third-round compensatory pick, it’s fueling up to be a hopeful hunt during the 2019 NFL Draft. We offer the latest Carolina Panthers Game Odds, Panthers Live Odds, Team Totals, Spreads and Lines. The latest Carolina team stats, NFL Futures & Specials, News & other info on the Carolina Panthers.