NFL News and Rumors
One man’s trash is apparently another man’s treasure.When the Denver Broncos decided to part ways with former head coach John Fox after four mostly successful seasons, the Chicago Bears jumped right in to nab the widely-respected head coach after parting ways with their former head coach Marc Trestman.Now, the big question in the Windy City is whether or not Fox and besieged quarterback Jay Cutler can get the Bears back into the playoff mix in the competitive NFC.This expert analysis on that question and much more will give you a great idea of just how far Chicago will go in its quest to cash in on their NFL betting season-long Super Bowl Odds. 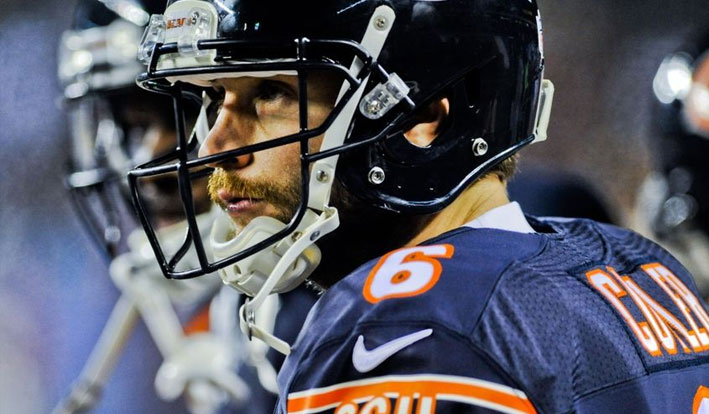 The GoodThe Bears (5-11 SU, 7-9 ATS, 8-8 O/U) fell on really hard times last season and got overmatched head coach Marc Trestman fired after just two seasons. Still, the Bears did have some good news in 2014, though not much.Chicago did finish a respectable 15th in passing last season and 17th against the run defensively. Along the way, guard Kyle Long earned the Bears’ only Pro Bowl berth, but that’s about as good as it got for Chicago in 2014.The BadNow, on to the ‘bad’ and there sure was plenty of it in the Windy City last season.Chicago ranked 20th in total offense and a dismal 27th in rushing despite having one of the league’s most versatile running backs in veteran Matt Forte.Led by the enigmatic Cutler, the Bears averaged just 19.9 points per game to rank 23rd in scoring, but wait, things get even worse. Defensively, Chicago looked nothing like any of the teams they put on the field under former head coach Lovie Smith, whom the team foolishly fired before giving the job to the offensive-minded Trestman.Anyhow, Chicago finished in the bottom third in almost every significant defensive statistical category except rushing yards allowed where they finished 17th (112.6 ypg). I mean, Chicago’s defense was so non-existent that I have to put most f their failures in the following ‘ugly’ section. 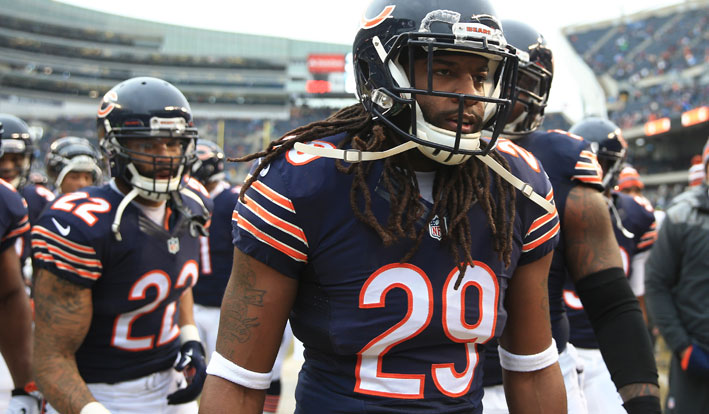 The UglyOkay, speaking of ugly, the Bears were downright hideous as they finished the 2014 campaign ranked 30th overall, allowing a whopping 378.2 yards per game. Chicago also ranked 31st against the pass (265.6 ypg) and an identical 31st in points allowed (27.6 ppg).

Now, let’s take a look at Chicago’s statistics from this past season. 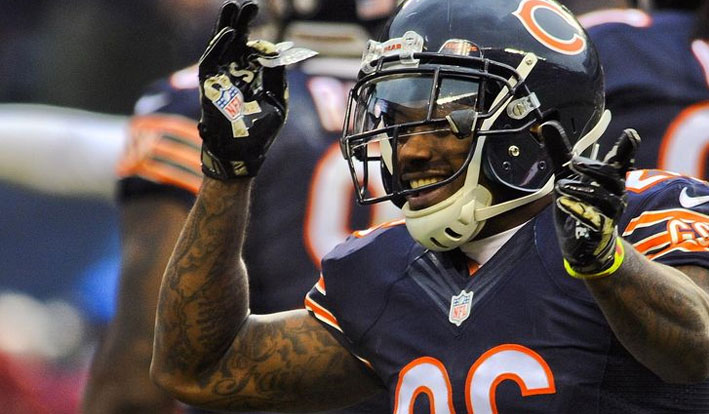 I suspect that at least 75 percent of his own teammates probably don’t want Jay Cutler as their starting quarterback, so that’s going to be a big issue for the Bears and head coach John Fox at some point in the near future I suspect. Not only that, but the Bears need to find a better backup than ineffective veteran Jimmy Clausen. If the Bears don’t draft a quarterback or two in the draft, I’ll be shocked.

Let me just put it this way…Chicago’s starting linebacker unit of Khaseem Greene, Jonathan Bostic and Shea McClellin don’t strike fear in the hearts of anyone. The Bears need competent and faster linebackers in the worst way – because Mike Singletary’s not walking through the door people. 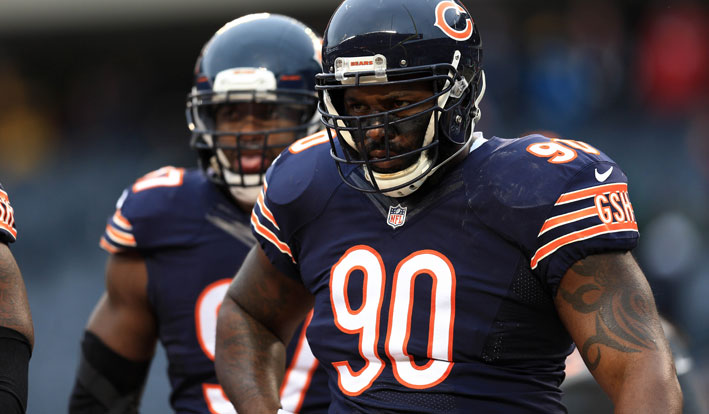 I like veteran Chris Conte, but the fifth-year veteran is not very fast afoot while fellow safety Ryan Mundy has been mediocre at best. The Bears could try to nab a safety in the draft or a veteran in free agency, but they need to upgrade the position by changing at least one starter, most likely Mundy.

Marshall and Alshon Jeffery are fantastic receivers on the outside and tight end Martellus Bennett is a monster at his position. What the Bears really need however, is a slot receiver that can take pressure off all of the aforementioned pass-catchers. Unfortunately, there’s no way the Bears will land the Packers free agent Randall Cobb, not that he’d want to play with Jay Cutler after starring with Aaron Rodgers for the last few seasons. 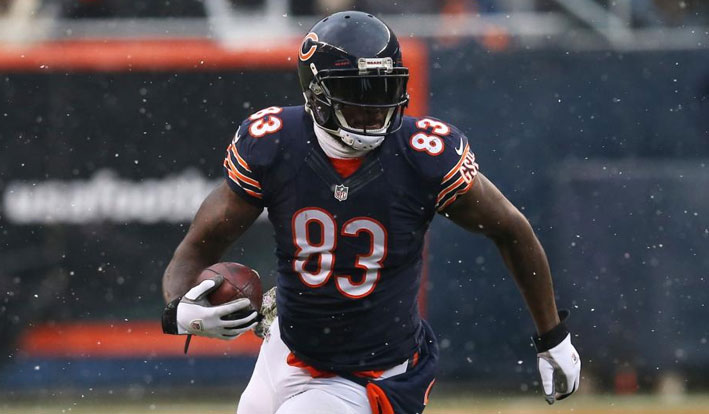 I could say a lot about Chicago’s foolish decision to part ways with Lovie Smith almost three years ago because of a perceived lack of offense, but I won’t. Let me just say that Marc Trestman was severely overmatched in the two seasons he led the Bears.

Having said that, I do have to give credit to Chicago’s front office brass as they quickly and decisively parted ways with Trestman and both of their coordinators.Chicago then made a series of intelligent moves by adding a new general manager in Ryan Pace, to go along with a new head coach in Fox and two new coordinators in offensive coordinator Adam Gase and defensive coordinator Vic Fangio.Unfortunately, repairing a team that went 5-11 is not easy and it won’t be for Fox and company either.The Bears need help at so many positions, it’s hard to pinpoint where they should start first, but Jay Cutler is a good place if you ask me.The bottom line is that the Bears will go as Cutler goes – and that’s not a very good thing, seeing as how Cutler is as wildly inconsistent as they come. Cutler tossed 28 touchdown passes last season but nearly canceled them out by throwing 18 interceptions and fumbling a whopping nine times. 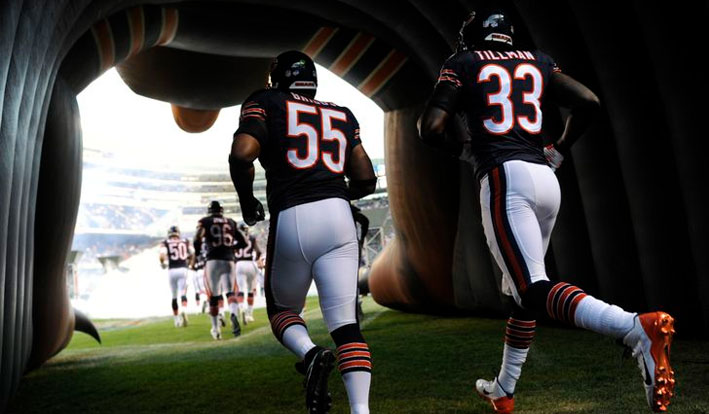 Cutler has failed to play a full schedule in each of the last five seasons and threw as many interceptions as touchdown passes in a whopping seven games last season.The good news for the Bears is that they play just the 13th strongest schedule in the league in 2015 (136-120, .531), so, on the surface, it looks like they’ll have a chance to be a .500 team at the very least.However, I’m going on record right now to say that the Bears will be extremely hard-pressed to reach 8-8, particularly since I’m expecting Minnesota, Detroit and Green Bay to all be as good as or better than they were in 2014.Chicago has a bunch of tough decisions they need to make with some of their older veterans like Charles Tillman, Lance Briggs and defensive end Jared Allen.No matter how well they manage their roster in Year One of the John Fox tenure, I think .500 is the most anyone in their right mind can expect out of the Bears in 2015 and really, six or seven wins sounds more like it.