NFL News and Rumors
Following their scrappy NFL lines win over the Pittsburgh Steelers in the Divisional Round, Denver’s quarterback Peyton Manning was keen to give heaps of praise and credit to the Broncos defense for pushing the team this far in the playoffs. And looking at the manner in which the Broncos have stifled down a good number of opponents to reach into the AFC Championship, it’s hard to argue against Manning’s words.Unfortunately for the Broncos, they will be facing arguably their biggest test of the season this week, an AF Championship encounter against the explosive Tom Brady-led New England offense. The last time the two teams met, the Patriots had a plethora of injuries in their squad, but still managed to put up 24 points against Denver in Mile High—a game that ended 30-24 in favor of the Broncos. With Brady coming into this game with a much healthier and motivated squad that cruised its way past Kansas City’s mean defense, the Broncos will definitely have the work cut out for them in the NFL lines.Can the Broncos solid D use the mantra of Defense wins Championships to collect the all-important NFL odds win in this Championship encounter, or will the Patriots offense prove too much for Denver? Read on below to find out in this Denver defense AFC Championship overview.

You’ve probably read this a thousand times this postseason, but that doesn’t make it any less important—the Broncos led the NFL in the regular season with a #1 ranked defense, giving up just 4,530 yards (averaging at 283.1 YPG) and 18.5 PPG, all those being the best defensive marks in the NFL. That, in essence, is the reason Denver’s defense finished No. 1 in both overall and weighted DVOA this season.In addition, Denver’s pass rush unit finished the regular season with the most sacks (52). Not to mention, the Broncos have a solid secondary led by Pro Bowl defenseman Aqib Talib, who could shut down the likes of Julian Edelman on man-to-man coverage. Meanwhile, Denver’s solid defenders like DeMarcus Ware, Sylvester Williams, Antonio Smith, Derek Wolfe, Malik Johnson and Von Miller are extremely-talented to make life difficult for Brady and his O-line, especially in the pocket. 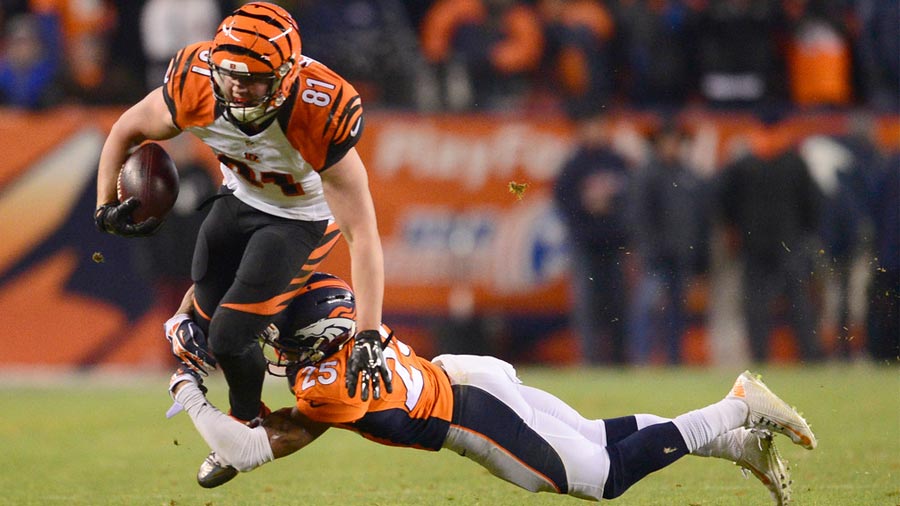 Been There, Done That…

When the Broncos hosted the Patriots in Week 12 (Nov. 29, 2015), they did so as 2.5-point underdogs, yet still managed to claim a 6-point win. A case can rightfully be made about New England’s health at the time, but the fact that the Broncos won with a young and inexperienced Brock Osweiler at QB negates any excuses that can be made by New England’s fans. The bottom line is that an Osweiler-led team beat the Patriots in Mile high. And if the Broncos beat the Pats with Osweiler at QB, why can’t they win and cover here as underdogs with a more-proven Peyton Manning at QB?

Needless to say, home-field advantage always plays a crucial role in such high-profile games. The Broncos are not only 16-4 SU in their last 20 games at Mile High, but their defense has been playing better at home—allowing just 17.67 PPG in their last three home games compared to their average of 18.35 PPG allowed in all their 17 games this season (including the game against Pittsburgh). This is something you can count on the Broncos to capitalize on.

Whereas the Patriots have an offense that can be difficult to contain, the Broncos have perfected their art of playing solid defense and that isn’t going to change just because they are playing Brady and Co. Simply put, if there is any defense can disrupt the Patriots’ offensive rhythm, it’s the Broncos and their formidable pass rushers. Added to their well-known strength when playing at home, I am strongly convinced that you won’t be disappointed by trusting on Denver’s defense to contain the Pats for an ATS win for the Broncos, if not an outright win altogether.
Older post
Newer post