NFL News and Rumors
Online sportsbook fans might not associate the Oakland Raiders with excitement on offense, but thanks to second-year signal-caller Derek Carr, that is all about to change. He is a star on the rise with a ton of talent as most NFL lines fans might notice. Also, his release is quick to the point where you can’t teach it – you can only hope to refine it.

One skill that David Carr has is the ability to complete the slant route from the shotgun. This takes great hands and feet, as well as a quick release. Because Carr can throw the ball so accurately, his receivers can keep their eyes and heads up so they know where the defender is. After they haul the ball in, they can add on a ton of yards after the catch. When these throws aren’t accurate, they either go the other way for long interception returns or they hang the receiver up so that he’s a target for a huge hit for the opposition. 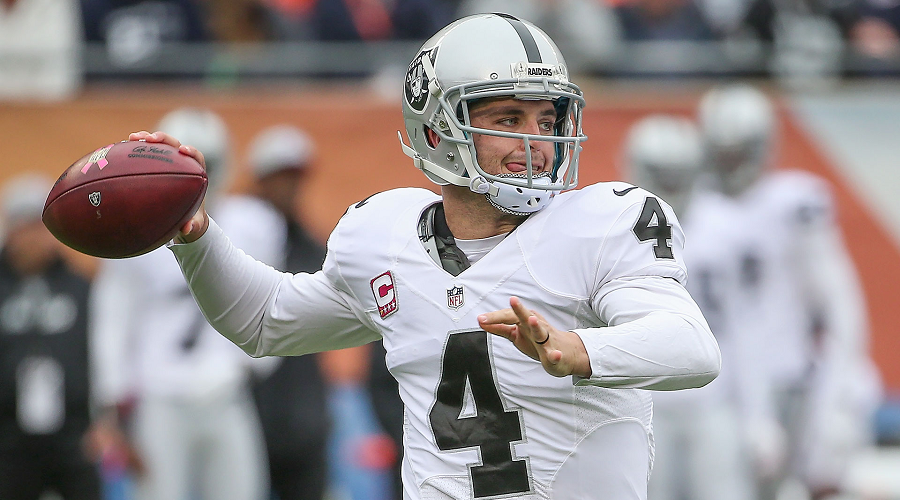 Every now and then, of course, even the great quarterbacks end up missing a pass. Thanks to the speed that Carr has at his disposal, the Raiders can run go routes now and then and find a matchup to their liking. Sometimes Carr hits those, and at other times the ball goes sailing over the receiver’s head out of bounds. One thing that Carr needs to work on is step up the field with his throw so that it holds inside the field instead of sailing toward one of the sidelines. 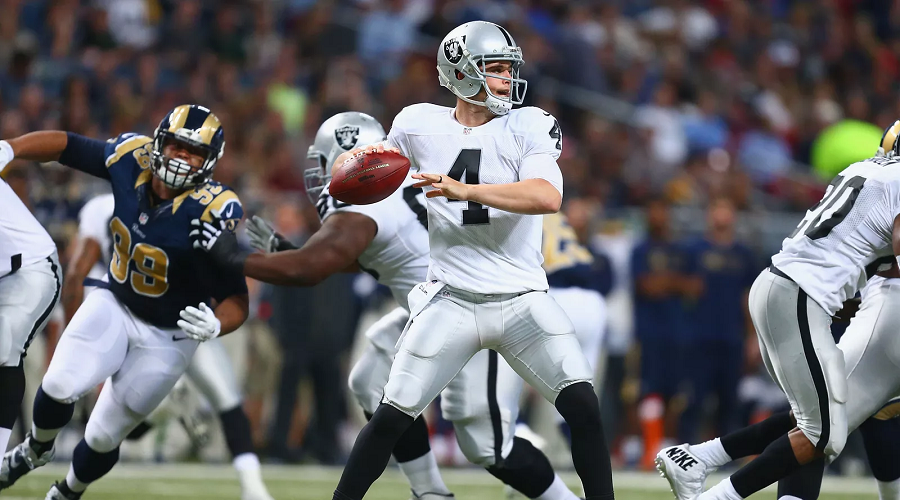 Derek Carr is developing some skill when it comes to reading the blitz. If the opposition shows a seven-man blitz, Carr knows that he will have single man-to-man coverage all over the field. He already knows to hurry his drop and hold the free safety in place with his eyes. Then he steps up into the blitz and zips a terrific strike to his receiver. These sorts of completions sap the confidence of the defense and keep your own defense on the sideline resting. 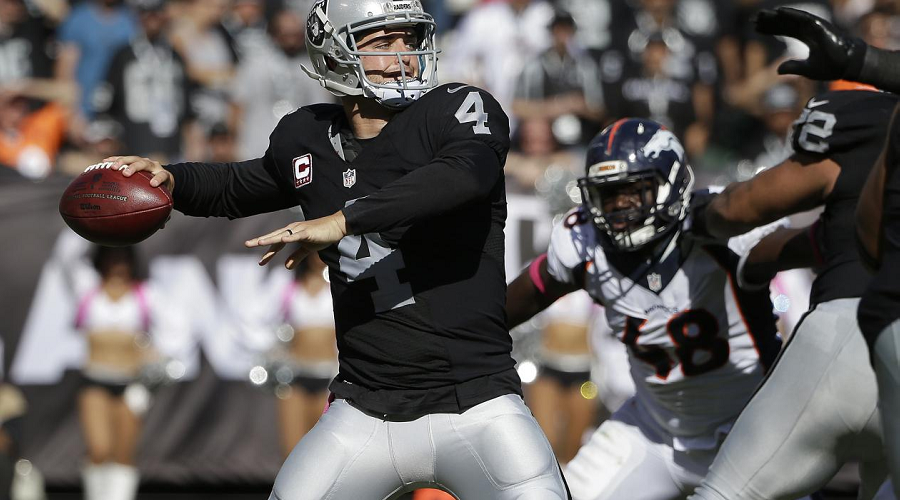 Every now and then, Carr will throw an ill-timed interception, and he doesn’t always remember to try and tackle the defender with the ball. When a receiver sees a blitz, he’s supposed to look at the quarterback when running a shallow cross so that the quarterback knows he’s ready. This is a lesson that some of the young Raider receivers haven’t learned yet either, and so the result is that occasionally blitzes give the other teams turnovers that they won’t be getting this time next year, when Carr is more seasoned and his receiving corps is as well.
Older post
Newer post