NFL News and Rumors
Last week, NFL betting rumors flooded the internet claiming that the Denver Broncos were shopping quarterback Peyton Manning around the league for a possible trade, with the Houston Texans named as one of the main targets. Sources close to the Broncos came out and vehemently denied the rumors, saying it was the Texans who were doing the talking, making it seem like Denver wanted out Manning when the truth was that the Broncos have had no plans of that kind.The talks about Manning being on the trade block have now fizzled out, but once again, the discussions about Manning, his uncertain future with the Broncos and the belief among Denver fans that the 39-year-old QB doesn’t has energy in his tank to lead the team have resurfaced.Being the oldest starting quarterback in the league, it makes sense that there are doubts about the signal caller who is entering his 18th year in the NFL. After all, no quarterback has won the Super Bowl at that age. Brett Favre, at 40 years, was the last man to come closest to reaching the Super Bowl with the Minnesota Vikings, but his team lost to the New Orleans Saints, who eventually won the Super Bowl over Manning, a young QB at that time.No doubt, history and the athleticism that favors younger and stronger players at the center don’t favor him. In fact, towards the end of the season, Manning’s numbers sort-of came down and many analysts have been smearing mud on the Manning’s stellar legacy because of it.

Well, if my memory serves me right, the Broncos were solidly 5-2 in their last seven regular-season games, which is the key reason why they were able to qualify for the playoffs, win the divisional title and stop the hard-fighting Chiefs and Chargers from overtaking them in the division. Not to forget, Manning played his final four games of the season (including the playoff loss to the Colts) with a damaged quadriceps muscle. The injury made it very difficult for him to plant his right foot on passes, no wonder he did not run in the open field against Indianapolis.Aaron Rodgers had nearly the same problems with his footing, hobbling his way into the conference finals. And when the Packers lost, everyone blamed it on the leg. He even earned the league MVP honors for his courageous efforts throughout the season. For Manning, very few people talked about the injury, leave alone cutting him some slack because of it. Instead, the inter-web was filled with talks about Manning being washed up, old and good for retirement.Question… If Manning is really as bad as they say he is, then how comes his 4,727 passing yards in the 2014 regular season was among the top-5 marks in the league and his 39 touchdown passes was good for second-best in the NFL? And how comes he is the only Denver player nominated for the ESPY awards after his record-breaking feats last year? Plus, if being old is really a bad factor, then why is it that all the praising analysis about QBs like Rodgers, Drew Brees and Tom Brady often purport that quarterbacks get better with age? On the account of such arguments, shouldn’t it mean that Manning is at a good prime to be the best in the game? 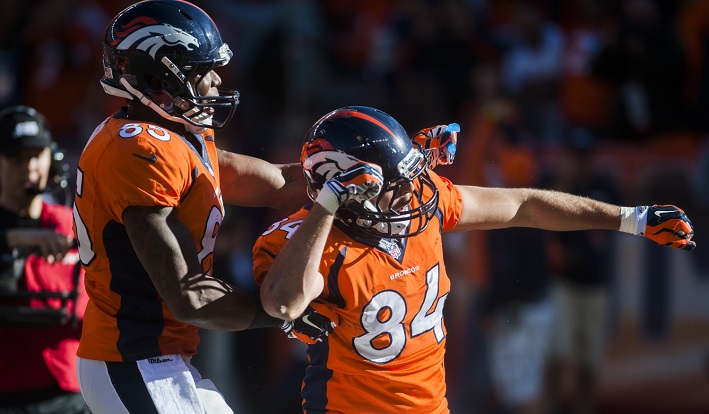 Oh, and I heard the talks about divisional opponents like the Chiefs, Raiders and Chargers looking really improved, so Manning will probably not be able to compete against them. Someone at NFL.com went even as far as ranking Derek Carr (Oakland) above Manning in the list of best QBs in the league, with Philip Rivers (San Diego) and Alex Smith (Kansas City) comparing close to the five-time NFL MVP. What a crapload of jokers! No way on earth any of those three QBs rank anywhere close to Manning (dead or alive). Last time I checked, Manning owned an 18-1 record against the Chiefs, Raiders and Chargers (including one postseason win). If you are looking for dominance and class, that’s one for you right there.And it’s not like he has been a flop when leading the Broncos. In his three seasons in Denver, he has led the Broncos to 15, 13 and 12 wins respectively. Circle around the league and tell me any other QB who has led his team to such numbers in the last three years… That’s right, None!Turning to the present year, new head coach Gary Kubiak (who many said wouldn’t be able to work well with Manning) has nothing but praises and great admiration for his new quarterback and his work ethic. The rest of the coaching staff and a good number of players have also expressed their confidence and belief that Manning is looking better and stronger than he has in years. The OTAs were proof of his commitment and skills, as Manning reportedly looked fully fit and healthy, making a variety of throws to all parts of the field while showing that he could adjust to different plays, as instructed by his coaches.For his part, Manning said he is “All in” to learn from Kubiak and his team and be the best at the game that he loves so dearly. So if you asked me if the Broncos still believe in Manning, I’d give an 80 percent Yes answer. Not that the belief matters anyway. In his 17 years in the league, Manning has seen and done it all, even when people doubted him. Therefore, even if there are still some doubters out here, as I bet there are, it will take a whole lot more than just rumors and petty talks to stop or slow down the football giant that is Peyton Manning.Sources:NFL.com (http://www.nfl.com/player/drewbrees/2504775/profile)Sports.Yahoo.com (http://sports.yahoo.com/nfl/players/4256/)
Older post
Newer post