NFL News and Rumors
Week 5 NFL odds will be ‘easy pickings’ when the desperate Houston Texans host the lukewarm Indianapolis Colts in a Thursday night AFC South divisional matchup that has the look of an absolute lock selection from where I’m sitting.Now, let’s find out which team is going to strike pay dirt in this Week 5 opener.

The Colts have won two in a row and will look to extend their winning ways by beating their third consecutive AFC South division rival when they square off on Thursday night.Now, let’s find out if the Colts can bring home the bacon for the first time this season against a ‘desperate’ Texans team.No odds are listed for this matchup as of yet, although Indianapolis is expecting starting quarterback Andrew Luck to play after he sat out last week with an iffy throwing shoulder. 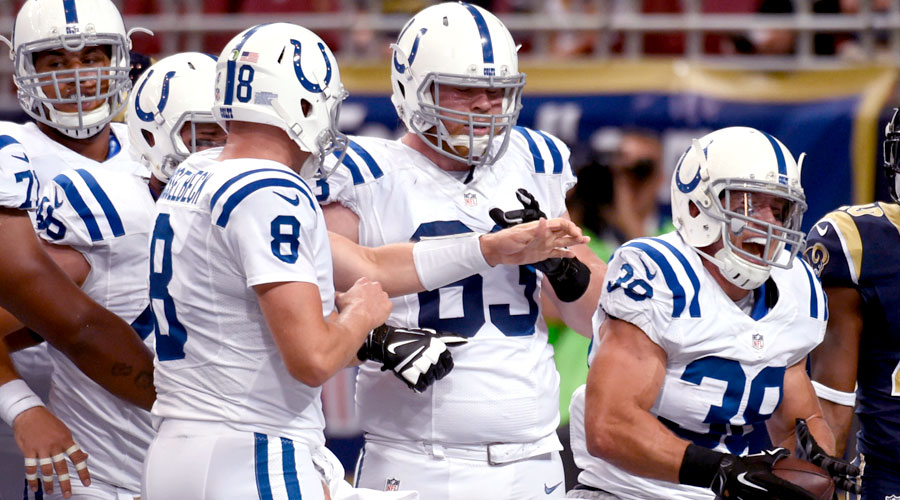 However, I believe that betting on Indianapolis for this Week 5 matchup is a great idea for several reasons. First and foremost, Indianapolis is still absolutely desperate after getting off to a slow start this season and narrowly squeaking by two division rivals the last two weeks.Indianapolis has also made a habit of ‘laying the smackdown’ on their generally overmatched division rivals, going 18-2 SU and 15-4-1 ATS in their last 20 games against their AFC South rivals. The Colts have ‘owned’ the Texans in recent times, going 7-3 SU and 6-3-1 ATS over their last 10 meetings against Houston.I’m also expecting Indianapolis to have Luck back under center for this contest and to get back to playing like the best young quarterback in the game today after regressing recently into something of a turnover machine his last few starts.

The Texans and starting quarterback Ryan Mallett looked completely clueless in their 48-21 Week 4 blowout loss against Atlanta.Mallett completed just 44.4 percent of his pass attempts (12 of 27) for 150 yards and one interception and is completing just 51.8 percent of his throws on the season since being named the Texans starter after Hoyer’s Week 1 debacle.Mallett was replaced by the former starter-turned backup, during Houston’s loss and he managed to toss two TD passes in the defeat, although Houston head coach Bill O’Brien foolishly named Mallett as the team’s starter against the Colts at the very least. 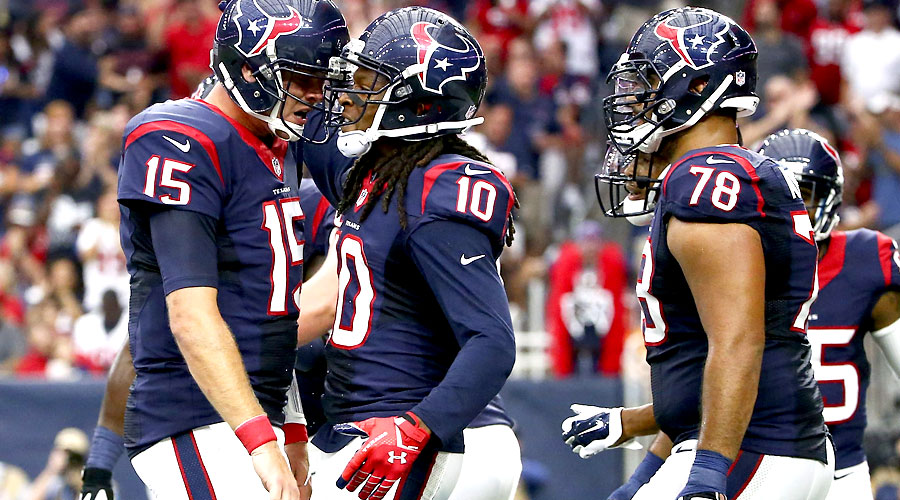 “He’s our starting quarterback,” O’Brien said Monday. “He knows he has to play better. He’s got to do a better job of throwing the ball more accurately, be more controlled in the pocket, don’t turn it over, get us into the right play. That’s who will start against the Indianapolis Colts.”