NFL News and Rumors
Following back-to-back road wins, the Denver Broncos (3-0) return to the friendly confines of Mile High to host the Minnesota Vikings (2-1) in a delightful Week 4 NFL encounter this Sunday. Packed with enticing matchups, contrasting strengths and weaknesses, future Hall of Famers, uprising stars and shrewd coaches; this clash offers everything you’d want to see in an pulsating game of football. Looking for the best NFL odds picks on this matchup? Worry no more, as we have all that, and much more, in the game preview detailed here-below.

Betting on the Vikings 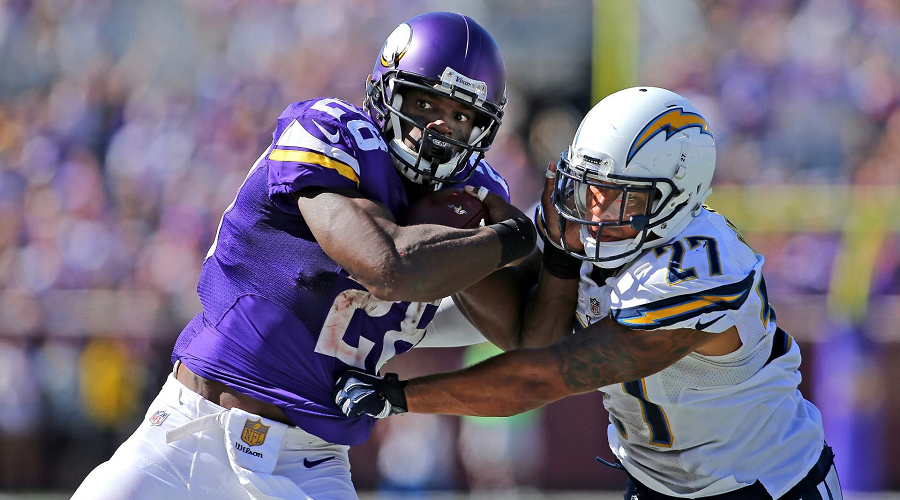 The most crucial factor for the Vikings in this game will be the efficiency of their star running back Adrian Peterson. In spite of rushing for just 31 yards in Week 1, Peterson currently leads the entire league with 291 yards on 59 carriers (averaging at 4.9 YPC); including a stunning Week 3 performance that saw him score two TDs to lead the Vikings to a 31-14 win over the San Diego Chargers. The dominant presence of the 2012 MVP in the team is the key reason the Vikings own the third-best rushing offense in the league. However, given the Broncos own the 6th-best rushing defense in the NFL, the O-line will need to offer sufficient protection to Peterson if they are to reap the benefits of the yard-ploughing, touchdown-scoring beast that he is. 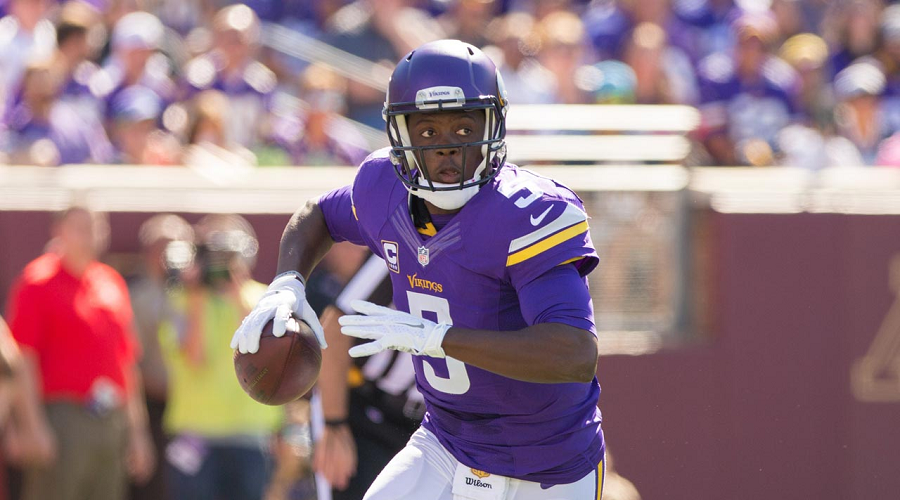 Meanwhile, QB Teddy Bridgewater (who comes into this game as an X-factor) will need to get back to his productive self, especially in the passing game. After impressing in 2014 and showing signs of breakout season in the preseason games, the second-year QB has been a shadow of his useful self, struggling mightily in the passing game. Had it not been for the resourcefulness of the running game, the Vikings could have easily been a quagmire now, considering Minnesota’s passing game has been far from efficient. 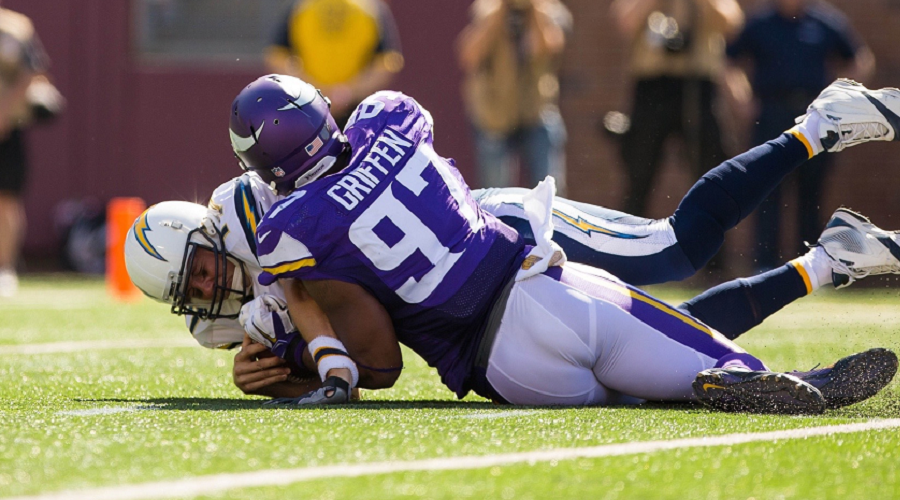 Defensively, Minnesota has interestingly been allowing massive yards, ranking in the bottom half of the league in defending both the pass and run. This could be a big concern since Peyton Manning, despite being suspect in his game these days, has constantly shown the ability to make key plays with his runners and receivers.
Betting on the Broncos 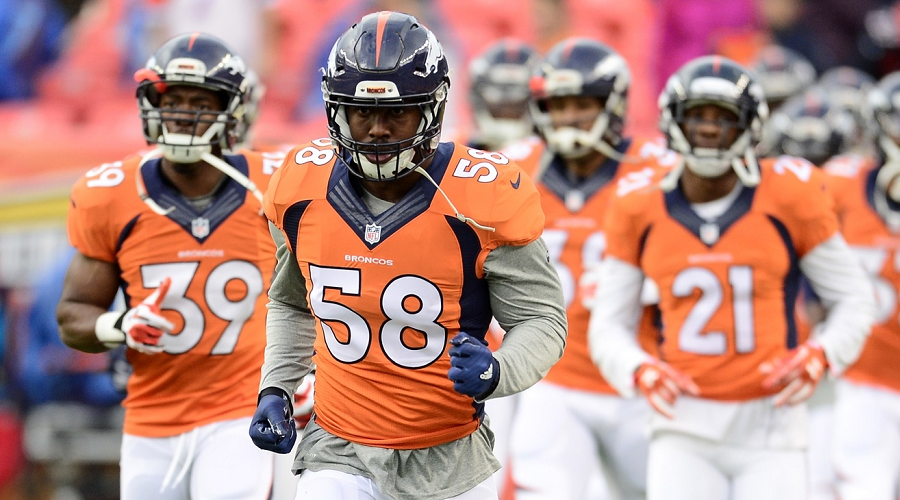 As mentioned above, the rushing offense is the bread and butter of the Minnesota team, something the Broncos will need to deal with fundamentally if they are to prevent an upset win from the visitors. In this regard, stopping Peterson will be the biggest responsibility for Denver. 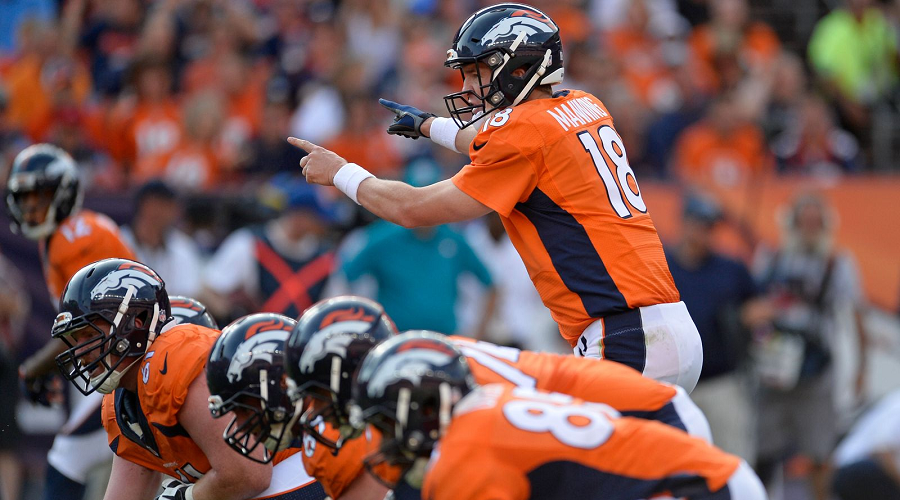 Fortunately, the Broncos have the best the pass defense in the NFL, so stopping the young Bridgewater and his receiving corps will not be a big deal. This means that most defensive resources can committed to Denver’s sixth-ranked rush defense to deal with Peterson and his fellow runners. Being the havoc-wrecker he is, stopping Peterson will not be easy, but a combined effort that entails sending a double or triple team to him could do the trick. Peterson and Minnesota’s running game aside, Denver (just like the Vikings) has exhibited many vulnerabilities in the offensive line. And taking into account how Minnesota terrorized San Diego’s QB Phillip Rivers last Sunday with constant hits, the Broncos O-line that has yielded one too many sacks on Manning this season will need to be fortified, or else the 39-year-old QB will be in for a very rough evening. 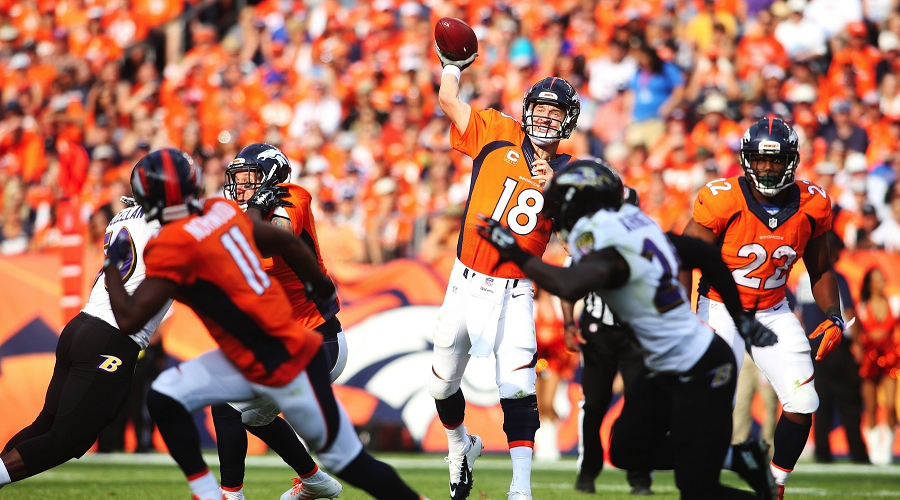 The fact that Denver’s offensive running game has almost been non-existent this season (ranking poorly at second-last in the entire league) means that getting as much production from Manning and his receivers will be ultimately important. Needless to say, Manning is an intelligent and experienced QB, so no there is no blitz that can be devised by the Vikings to fool him. He can, and will always, find ways of reading such techniques and opening up the opposing team’s defense. And with that, Manning is bound to be a handful for the Vikings, especially towards the end of the game where he tends to become most accurate and lethal in his plays.
Key Betting Trends
• Denver is 9-1 SU and 5-5 ATS in its past 10 games at home
• Minnesota is 6-0 SU and 6-0 ATS in the last six seasons before the bye
• Minnesota is 7-2 ATS in its last 9 games
• Denver is 4-1 ATS in its last 5 games
• Minnesota is 4-2 ATS in its last 6 games on the road
• Denver is 2-4 ATS in its last 6 games when playing Minnesota
• The total has gone UNDER in 6 of Denver’s last 9 games
• The total has gone UNDER in 5 of Minnesota’s last 6 games
Final Remarks and Prediction
From the outlook of things, this game is likely to be a fiercely contested defensive battle, considering the Broncos are allowing just 16.3 PPG while the Vikings are giving up 16.7 PPG. Forcing turnovers and capitalizing on the opponent’s mistakes will thus be the most probable strategy used by both teams, as special teams play a crucial role in determining the eventual winner. And going by the fact that Bridgewater is a young QB who will be playing in a very hostile environment, he is more likely to make most mistakes than Manning. This will give a slight edge to Broncos, assuming the Denver aerial offensive output cancels out the ground output from Minnesota. Keeping that in mind, we therefore believe the Broncos will eke out a close win plus in a cagey affair that will keep the total UNDER, as the points go to Minnesota. So, simply put, take Denver to win the game (SU), but go with Minnesota to cover the spread (ATS), as the game total stays UNDER 44.5 points.
Older post
Newer post