NFL News and Rumors
With the New England duo of QB Tom Brady and TE Rob Gronkowski, along with the Arizona tandem of QB Carson Palmer and RB David Johnson out of the way in the NFL odds to win the 2016 Super Bowl MVP; the Super Bowl 50 MVP prop bets narrow down mainly to Carolina’s QB Cam Newton and Denver’s QB Peyton Manning.

A strong case can be made for players like Luke Kuechly (LB, Carolina), Jonathan Stewart (RB, Carolina), Demaryius Thomas (WR, Denver), Greg Olsen (TE, Carolina), and Von Miller (DE, Denver), but going by the past NFL betting trends that favor QBs in the Super Bowl MVP voting patterns, the title is highly likely to be contested between the quarterbacks. That said, who among these players should be favored in your 2016 Super Bowl MVP picks? Read on below to find out…

Well, if Newton and his Panthers take home the Lombardi Trophy for the first time in franchise history, no one will be able to stop him from adding the Super Bowl MVP title to the 2015-16 NFL MVP title that he has pocketed ahead of the Big Game. And after accounting for 382 total yards of offense (335 yards passing 47 yards rushing) plus 4 total touchdowns (2 passing, 2 rushing) in the blowout win over the Cardinals last Sunday, Super Cam certainly looks like the best value to win the Big Game MVP title, courtesy of a solid outing against Denver.

For sentimental reasons, everyone I know is secretly wishing that Manning rides off into the sunset of his NFL career with another Lombardi Trophy and a Super Bowl 50 MVP honors. This would certainly make for a perfect ending to The Sheriff’s laudable service to the game. Unfortunately, the Super Bowl doesn’t reward legendary careers (as proven during SB 48), not even for the man who will become the oldest QB to start a Super Bowl game at 39 years and 320 days. That said, Manning showed that there is still a lot of fight left in him. So don’t be surprised to see him give us one last memorable performance that wins his team the elusive Super Bowl title, along with a Super Bowl MVP title to add to his cabinet that is already full of many other prestigious accolades, including five NFL MVP honors.

On top of being the granddaddy of all linebackers since being drafted, Kuechly has ensured that opposing QBs have the toughest of times when playing Carolina. After finishing with four interceptions in the regular season (tied for most among linebackers), and filling nearly every defensive stat sheet in the course of the year, Kuechly has posted two back-to-back interceptions returned for touchdowns in his two playoff games. And given the way Manning struggled with his throws in the regular season, Kuechly would be your best bet for a defensive player who will rise above everyone and shine most for Carolina in the Super Bowl 50. 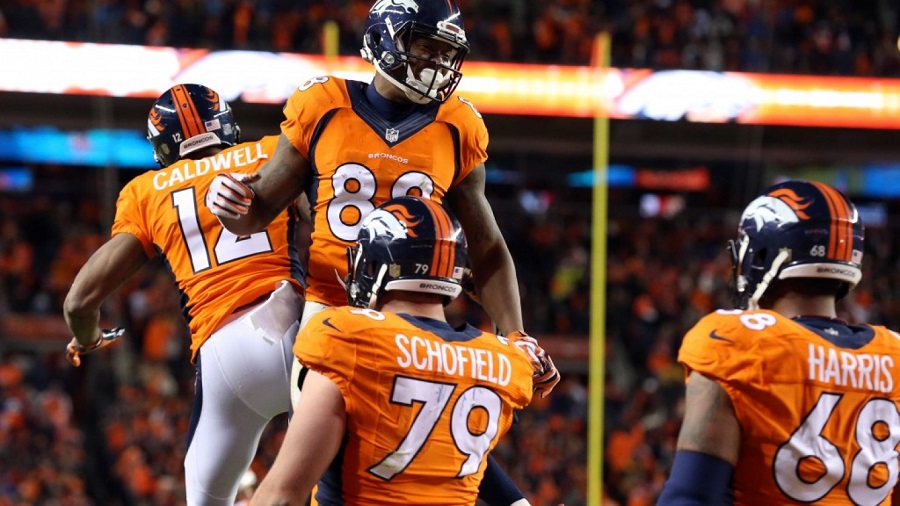 I really have a lot of respect for the Newton’s top targets Greg Olsen and Ted Ginn, but I have a feeling that Carolina’s offense will share the attacking responsibilities all over the field, including some input from Jonathan Stewart in the running game. With that, it will be hard to pick one person—if not Newton—as the best player in the offense. Conversely, Broncos star wide receiver Demaryius Thomas has been the dependable go-to guy for Denver for big plays, both when Manning and Osweiler are under the center. And after Thomas set a Super Bowl record with 13 receptions in Super Bowl XLVIII, my money is on him to have another big game. If he can deliver a 100-yarder, along with one or two TDs that helps Denver to win the game, he could be a worthy consideration for the 2015 Super Bowl MVP Prop Betting.

Besides his unique sack-celebration dancing skills that I envy greatly, I love how Miller has developed as a proficient pass rusher. Against the Pats, he had a playoff record 2.5 sacks against Brady, along with an overall display of well-roundedness in Denver’s defense. Should he replicate such a performance against his fellow draft class player Newton, possibly with a game-clinching hit or sack, he’d make a sweet pick for the Super Bowl 50 MVP honors. DISCLAIMER: Odds in this article are for informative purposes only, odds will be updated at MyBookie.ag in the upcoming days
Older post
Newer post