Who’s Safe, One the Bubble and in Real Trouble?

When it comes to the foursome of NFC West division head coaches and the temperature of their respective ‘seats,’ it’s a virtual mixed bag of marbles.You see, a pair of division head coaches are as safe as it gets heading into the upcoming 2015 campaign while two others are already sitting in arm chairs for far different reasons.Thanks to this informative NFC West hot seat heat check, you’re going to find out which coaches are safe, on the bubble or in real trouble!With that said, let’s get started.Remember gridiron NFL betting enthusiasts, the ‘hotter’ the seat, the higher the number each coach has on a scale ranging from 0-10. 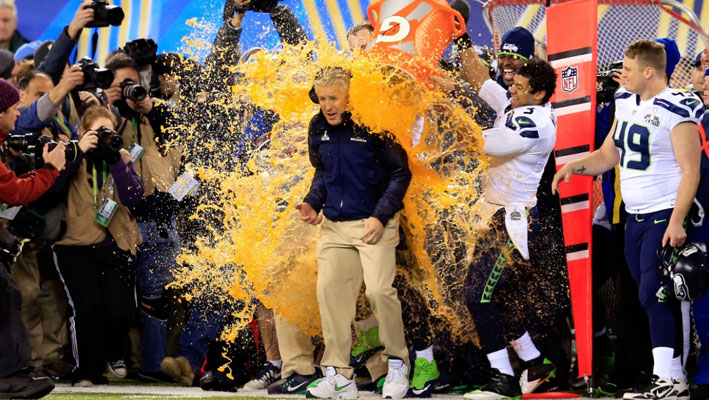 The lovable Pete Carroll (depending on your allegiance) has posted a blistering 50-30 record (.625) since becoming Seattle’s head coach prior to the 2010 season. Whether you love Carroll’s rah-rah coaching style or loathe it, there’s no denying that he’s helped build a monster in the nation’s far Northwest. When you lead your team to four playoff berths, three NFC West division crowns, a pair of NFC Championships and one Super Bowl title, your job is as safe as it gets.Hot Seat Heat Check – 0 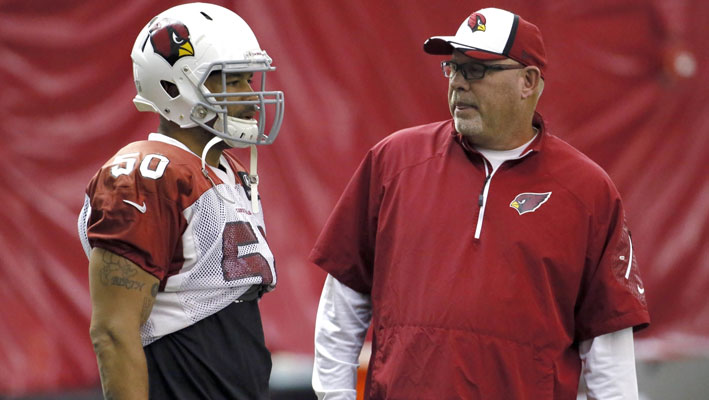 I remember hanging out at Temple University with my track and field coaching father 30 years ago and watching Bruce Arians put his all into fighting the never-ending uphill battle that is coaching football at Temple University. Having said that, let me also say that it’s really nice to see Arians these days enjoying success as one of the NFL’s Top 10 coaches.Since taking over as head coach of the Arizona Cardinals prior to the 2013 season, Arians has compiled a glistening 21-11 record (.656) while leading his team to one playoff berth and bagging the 2013 AP Coach of the Year award. Lest you forgot, Arians also led the Indianapolis Colts to a fine 9- mark in 2012 as the Colts’ interim head coach, which is what landed him the Cards’ job in the first place. Arians is also as ‘safe’ as they come right now, though it sure would be nice to see starting quarterback Carson Palmer stay healthy for Arians for an entire season.Hot Seat Heat Check – 0 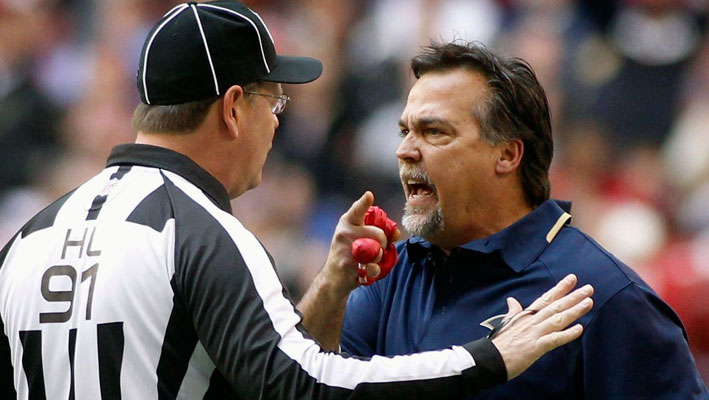 I’ll get right to the point by saying that it’s clearly time for Jeff Fisher to either hang up coaching all together or move on to another team, although I believe it should be the former and not the latter.In a whopping 17 seasons as the head coach of the old Houston Oilers who then became the Tennessee Titans, Fisher compiled a decent, but not overly impressive 142-120 mark (.542) while reaching the playoffs a half-dozen times and winning three division titles. The bad news is that Fisher was only able to go 5-6 in the postseason, although I remember the Titans’ heartbreaking ‘one-yard’ Super Bowl XXXIV loss to St. Louis like it was yesterday.Since taking over in St. Louis three years ago, Fisher’s Rams have been pretty abysmal in going 20-27 (.427) while never finishing higher than third in the NFC West. Unfortunately, a lot of Fisher’s failures are directly tied to the failure of No. 1 overall draft pick Sam Bradford to pan out as the franchise signal-caller Fisher and the Rams’ brass thought he would be. Make no mistake about it NFL lovers, Fisher’s seat in St. Louie is damn hot right now!Hot Seat Heat Check – 7 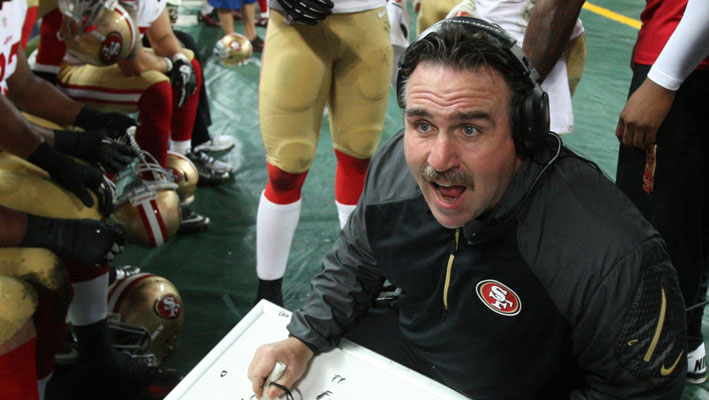 Jim Tomsula (who?) was the surprise choice in San Francisco after acting as the Niners’ defensive line coach since 2007. Tomsula’s resume is littered with positions as a defensive line or strength and conditioning coach, though he also led the Berlin Thunder for two seasons and the Rhein Fire for one season as the head coach in NFL Europe.Still, I think Tomsula’s seat is going to be pretty hot right off the bat and that ultimately, he’s facing a losing battle in replacing the highly successful Jim Harbaugh with a roster that lost an absolute ton of leadership and talent this offseason. It’s a shame that Tomsula is looking at a one-and-done in Frisco, but hey, it is what it is!Hot Seat Heat Check – 5Sources:NFL.com: http://www.nfl.com/teams/coaches?coaType=head&team=SEA49ers.com: http://www.49ers.com/team/coaches/Jim-Tomsula/7aae50af-6ec6-40de-bc04-5b6059daacd5
Older post
Newer post