The Detroit Lions (11-5 SU, 7-9 ATS, 5-11 O/U) had a fantastic season in 2014, racking up 11 wins in no-nonsense head coach Jim Caldwell’s first season at the helm. While Detroit’s season came to an abrupt halt in their narrow 24-20 Wild Card loss at Dallas, it would seem as though the Lions clearly have a lot to look forward to in 2015.While that still remains true for strong-armed quarterback Matthew Stafford and company, the fact of the matter is that the Lions have their work cut out in managing their roster because of today’s cap-happy, roster-altering times.This look at how far Detroit will go in their quest to cash in on their Super Bowl 50 online NFL Odds will both inform and entertain while giving you the insight you’ll need in order to make a series of informed wager on the Lions all season long. 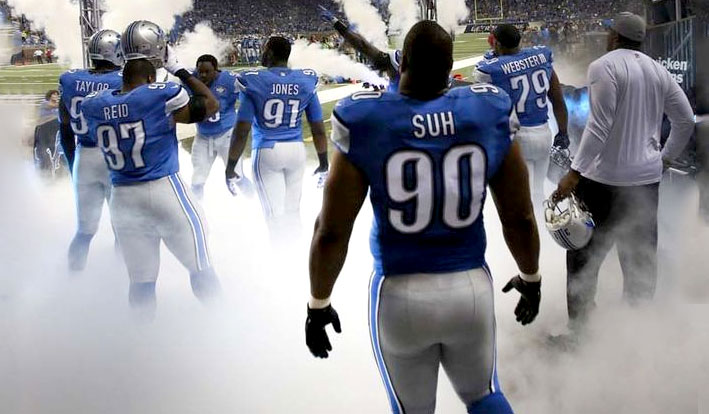 The Lions had a lot of good things happen to them en route to their first playoff appearance since 2011.In his first season at the helm, Caldwell led his talented Lions team to an impressive double-digit win season, but more importantly, brought a stabilizing presence to a locker room was largely out of control under former head coach Jim Schwartz for the better part of the previous four seasons.Thee Lions finished sixth in total offense and showed some nice balance by finishing eighth in passing (266.3 ypg) and 11th in rushing (119.8 ypg). Quarterback Matthew Stafford finished the 2014 regular season ninth in passing yards (4,257 yards) while wide receiver Golden Tate exceeded his free agent expectations by finishing seventh in the league in receiving yards 1,331.Longtime franchise superstar wideout Calvin Johnson finished 16th in receiving yards with 1.077 receiving yards in 13 games and running back Joique Bell made Reggie Bush expendable by rushing for a solid 860 yards to finish 15th. 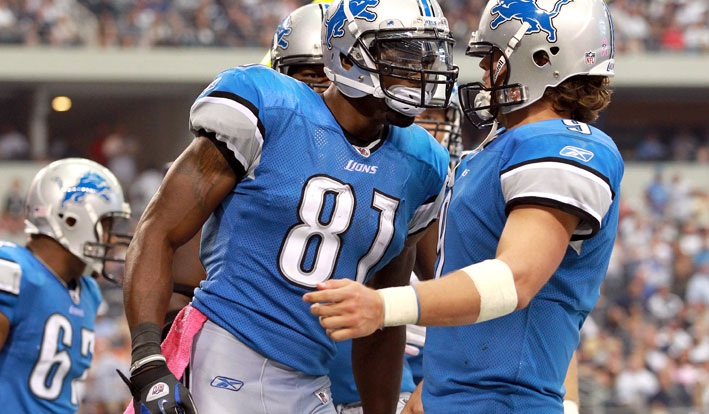 Detroit’s offense fished an impressive first in scoring 30.4 ppg), but that’s not the only good news that came out of Detroit this past season. Defensively, Detroit ranked a respectable 15th in total defense, thanks mostly to their stout 10th-ranked pass defense.Along the way, the Lions saw Johnson, defensive end Ndamukong Suh and free safety Glover Quin earn Pro Bowl berths, though Johnson’s should have clearly gone to Golden Tate if you ask me.

There was also some bad from this past season with Suh getting suspended (again) for two-stepping on Aaron Rodgers’ leg, not to mention the fact that the Lions ranked a dismal 23rd against the run. 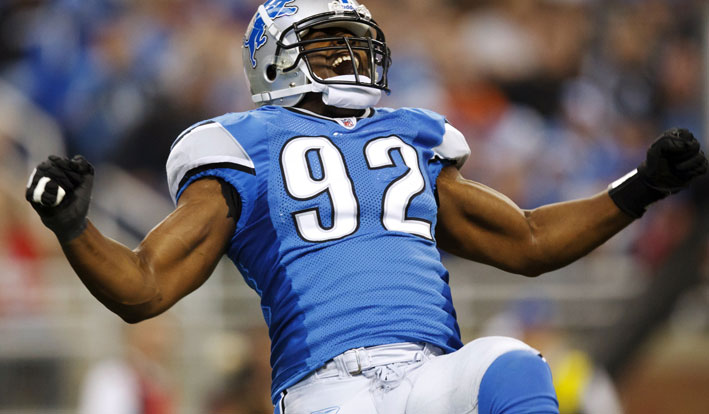 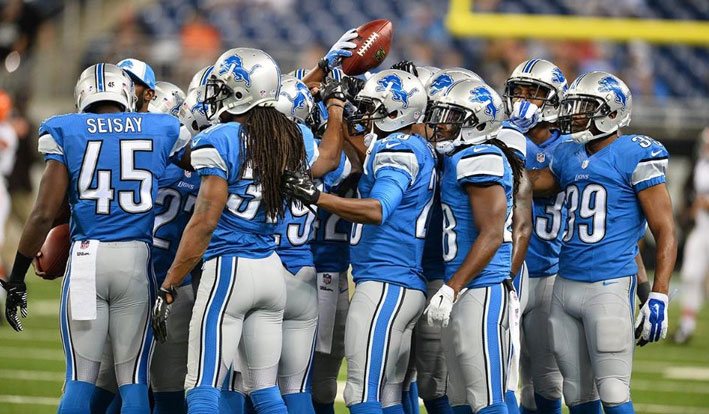 Detroit’s perennially powerful defensive line could take a massive hit this offseason, seeing as how they could theoretically lose a whopping half-dozen d-linemen in free agency.Both, Ndamukong Suh and Nick Fairley could potentially bolt in free agency, leaving the Lions desperate for competent help. Even if one or both stay, the Lions need more depth here. Speed rushing defensive end George Johnson is also set to hit free agency and the underrated sack artist could bolt for a higher payday and the chance to start.

The Lions need to replace at least two offensive linemen this offseason. Left guard Rob Sims has underachieved and I’m not sure anyone on this unit outside of new center Travis Swanson and right guard Larry Warford is a sure bet to return. 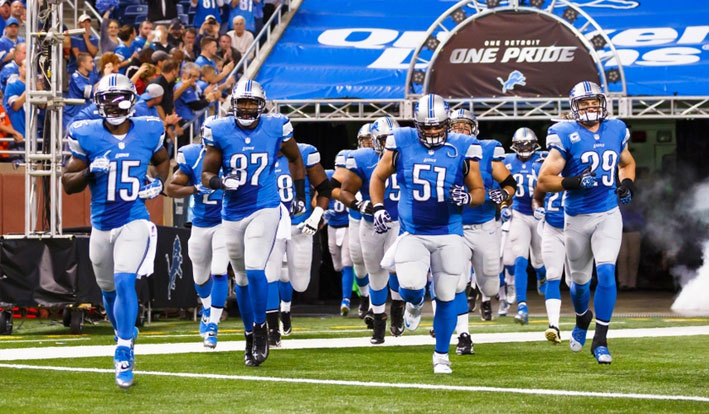 Starting cornerback Rashean Mathis is by far, the best cornerback on the roster, but he’s also quickly aging at 34-years-old. The team’s other starter, Darius Slay, is mediocre at best. Detroit needs a lot more quality and depth out on the island.

Detroit Lions +3000Now, I’m not quite prepared to say the Lions are going to win the NFC in 2015, but I believe they are a wonderful wager to cash in on their 2015 Super Bowl Futures Odds, particularly at a value-packed +3000.

Having said that, let me also say that, depending on how well the Lions manage their roster this offseason, I believe Detroit will once again succeed more often than not in 2015. 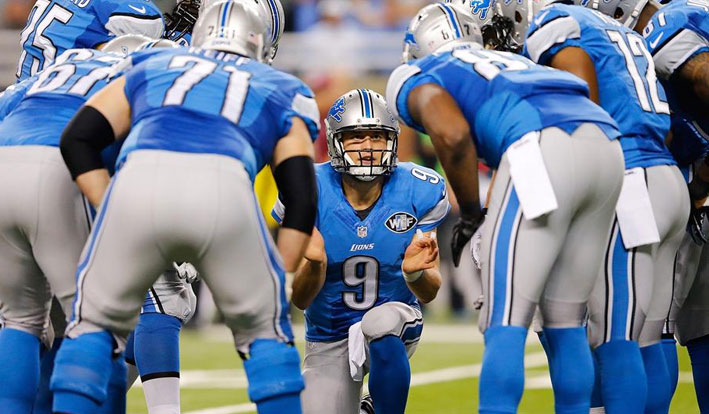 General manager Martin Mayhew has his work cut out for him in trying to re-sign Suh, Fairley and Johnson among others, but the fact of the matter is that Detroit is so talented offensively, that they should be able to compete with just about any team in the league simply because they can often score points in droves.While the Lions will miss Reggie Bell a bit, I like the fact that Calvin Johnson is coming back at full health after an injury-plagued 2014 season, not to mention that I believe Joique Bell and backup Theo Riddick will make Lions fans forget all about Bush pretty quickly.While I really like the stability that Jim Caldwell brought to the franchise, I believe Detroit’s 2015 campaign will either succeed or fail based on how well they perform defensively. 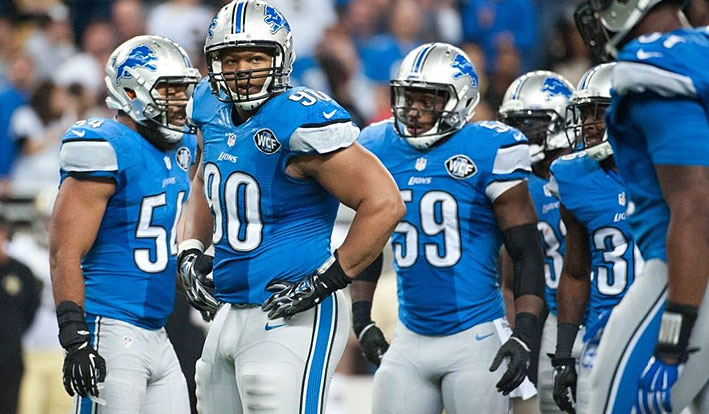 If the Lions are more mighty than mediocre on defense in 2015, they could challenge for a berth in the NFC Championship game. If however, the Lions put middle-of-the-pack kind of defense on the field this coming season, they’ll likely reach the double-digit win mark – before falling to a conference rival that possesses more balance on both sides of the ball.I’m going to take the Lions to use their high-powered offense to, more often than not, simply outscore many of their NFC counterparts en route victory. I think the Lions will reach the double-digit win mark in 2015 while recording their fourth straight losing ATS record.Detroit will contend, but I don’t think they’re quite ready to take down either of last season’s NFC Championship game participants.