NFL News and Rumors
Following their impressive Monday Night Football win over the hard-fighting Kansas City Chiefs, the Green Bay Packers (3-0) understandably open the NFL betting lines as comfortable road favorites over the out-of-sorts San Francisco 49ers (1-2) in a Week 4 NFL encounter slated for this Sunday. Having lost their last two games since securing the win in their season-opening fixture, can the Niners get back on the winning column, or will reigning league MVP Aaron Rodgers and the Packers continue to march on? Find out as we break it all down for you in the comprehensive game analysis prepared for you below.Venue: Levi’s Stadium, Santa ClaraDate: Sunday, October 4, 2015Time: 4:05 PM ETTV: FOXNFL Odds:  Green Bay (-8.5) at San Francisco (+8.5), OVER/UNDER 48.

In spite of Kansas City’s front seven constantly sending hit-men to slow down Rodgers’ efficiency, the Green Bay franchise QB was still able to show why he’s regarded as the best QB in this generation, calmly going 24-of-35 for 333 yards and 5 touchdowns with zero interceptions to propel the Packers to a final score of 38-28 over the Chiefs. Aiding his course was the dynamic duo of Randall Cobb and James Jones, who combined for 4 of the 5 touchdown passes from Rodgers, making light weight of Jordy Nelson’s absence.Green Bay’s defense was not at its best, but it also played well enough to keep the Chiefs contained for most of the game, with most of Kansas City’s points coming in “garbage time” when the game was all but done and dusted. 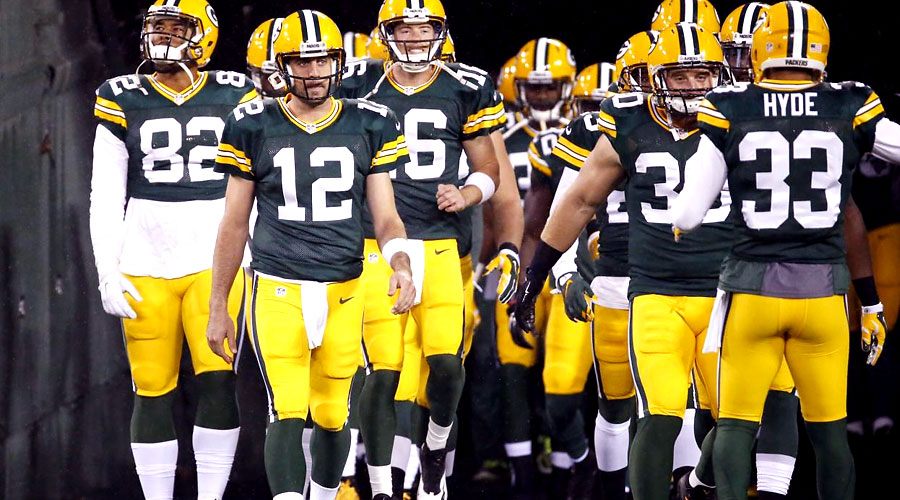 Keeping in mind the lethal form of Rodgers and his receivers, along with a talented running game that is led by a talented RB in Eddie Lacy, you can be sure that Green Bay will be looking to take full advantage of San Francisco’s porous secondary that has lost two straight games by a combined score of 90-25.In the opposing camp, nothing seems to be going right. QB Colin Kaepernick is coming off his worst performance in the NFL, a 47-7 blowout loss to the Arizona Cardinals which saw him go 9-of-19 passing for a pathetic 67 yards with zero TDs and a career-high of four interceptions. The defense, meanwhile, had no answers to Arizona’s QB Carson Palmer and his zealous offense that torched the 49ers for massive yardages and points, especially through the aerial game.It should, however, be noted that, even with the many problems in the San Francisco offensive line, along with a struggling QB in Kaepernick, and a defense that is in utter disarray (more so in the pass rush); the Niners have more than enough reasons to pull a major upset in this game.For starters, the Packers have NEVER beaten the 49ers since the 2010 season, a run that has seen the Niners win four straight over Green Bay, including two playoff wins. In addition, the two teams are tied at 3-3 in their last six meetings in San Francisco, underlining Green Bay’s struggles in games against the Niners in San Francisco. 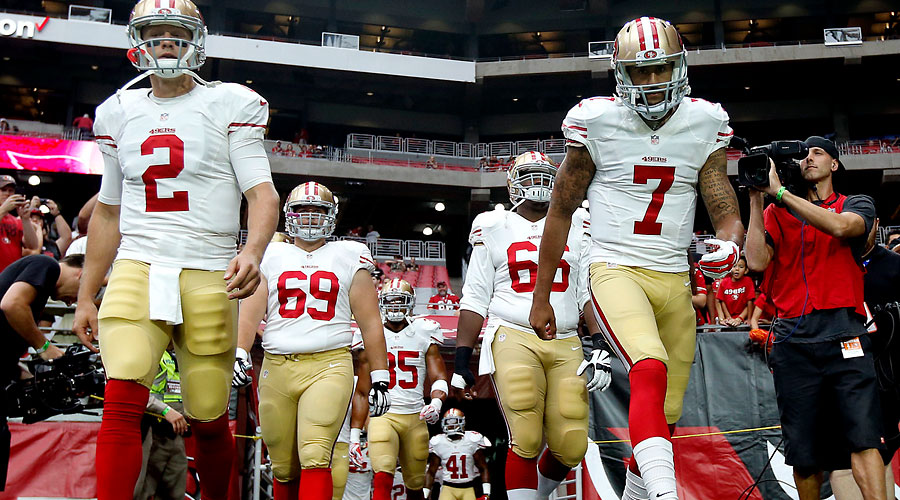 Also, although the Niners don’t look the part of the Jim Harbaugh-led squad that has been tearing apart Green Bay, they still have a secret weapon in Kaepernick, a player who’s had a successful history in his games against the Packers. In his three starts against Green Bay, the San Francisco starting QB has completed 60 of 100 passes for 902 yards and six touchdowns against just two interceptions, while also rushing for 318 yards and two additional scores.Not to mention, the Packers are coming off a short week and the 49ers will be playing behind the massive support of their loyal home fans, two factors that could easily tilt the favor in San Francisco’s side. It’s certainly not going to be easy for the Niners, but with a bit of some luck and a lot of hard work, San Francisco should be buoyed for an upset over their red-hot rivals.

•    QB Rodgers has started against San Francisco six times (including the playoffs), completing 147 of 221 passes for 1,712 yards, 13 touchdowns, three interceptions and a passer rating of 103.7.•    Since 1990, the Packers are 9-2 during the regular season in California (49ers / Raiders / Chargers / Rams), including 2-1 under McCarthy.•    4 of the last 6 contests between Green Bay and San Francisco have been decided by eight points or less (including playoffs).•    This will be just the fifth time the Packers are playing a road game the week following a game on MNF since 2006. They are 3-1 in the previous contests.•    The 49ers have won each of the last four matchups, but the Packers had won the previous eight against San Francisco.

Going by the way both teams are playing currently and their history over the recent years, this game is a bad and wildly unpredictable mismatch that could go either way. That said, the Packers are looking indomitable at the moment, making them look like the smart pick for both the SU and ATS in a game that will be one-sided with a high-scoring OVER total.
Older post
Newer post