NFL News and Rumors
Many things have been said about Cam Newton and the Carolina Panthers (7-8-1 SU, 8-8 ATS, 8-8 O/U) as they get set for the upcoming 2015 season, but we want to but as we get closer to another NFL betting season, we’d like to give our insight and take a look at the top five questions surrounding Carolina heading into training camp.

Who’s the starting running back?

Jonathan Stewart will start after putting up 809 yards and a stellar 4.6 yard average in 2014. Stewart is still just 28-years-old and is extremely talented, if underrated. However, fifth round draft pick Cameron Artis-Payne (Wisconsin) is reportedly the biggest surprise for the Panthers this offseason, so I expect him to see significant playing time this coming season as well. 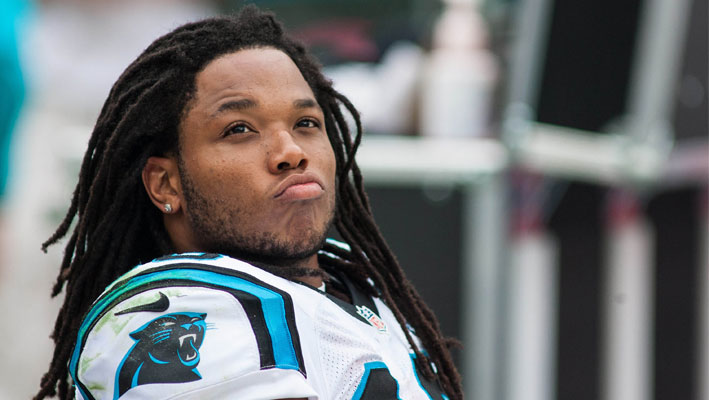 Carolina’s pair of starting wide receivers has the potential to be one of the best in the league for the foreseeable future at the very least. The Panthers added 6-4 former Michigan wideout Devin Funchess with the 41st overall pick in this year’s draft after nabbing talented 6-5 wideout Kelvin Benjamin with the 28th overall pick in the 2014 NFL Draft a year ago. Oh, did I forget to mention that Panthers also have 6-5 tight end Greg Olsen as another target for quarterback Cam Newton?

Will Ron Rivera open up the offense a bit? 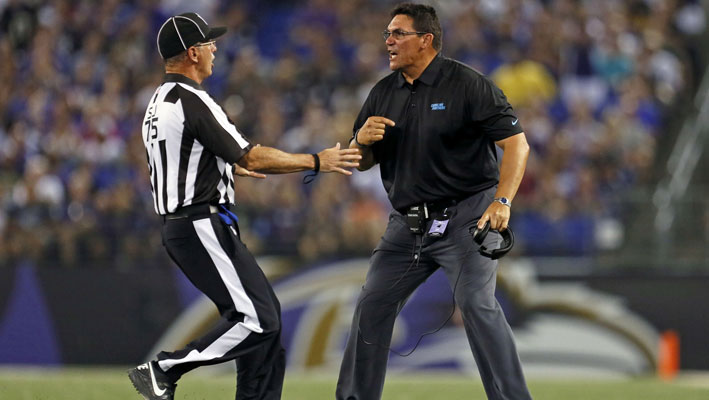 Carolina ranked 16th in total offense last season, thanks mostly to their seventh-ranked rushing attack (127.2 ypg). Carolina and Newton struggled in the passing attack last season, ranking 19th a year ago. With a pair of explosive wideouts, a sure-handed veteran tight end and two explosive running backs, Rivers had better learn to open up the offense if he wants to get his team into position to contend for a conference and league title.

Can Cam Newton really get it done? 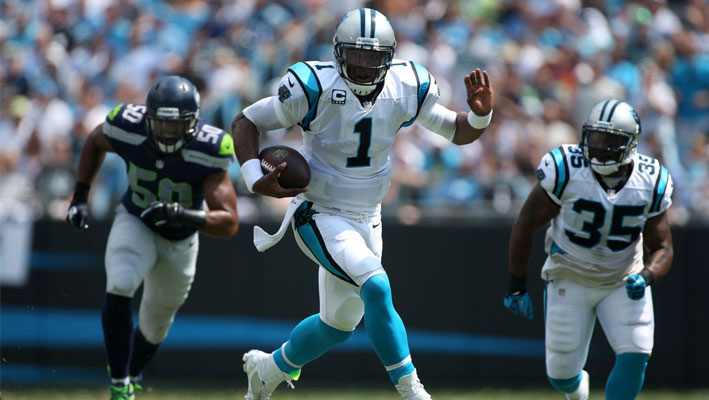 I like Cam Newton… I really do. Having said that…let me also say that I’m still not sure that Newton throws the ball well enough to take the Panthers to the next level. Newton has completed just 59.5 percent of his career pass attempts. Newton threw 18 TD passes but nearly canceled those out with a dozen interceptions. Sure, Newton is a legitimate threat as a runner, but I believe he’s going to have to become a much more accurate passer if he’s ever going to reach the next level.

Will the Panthers’ defense roar again? 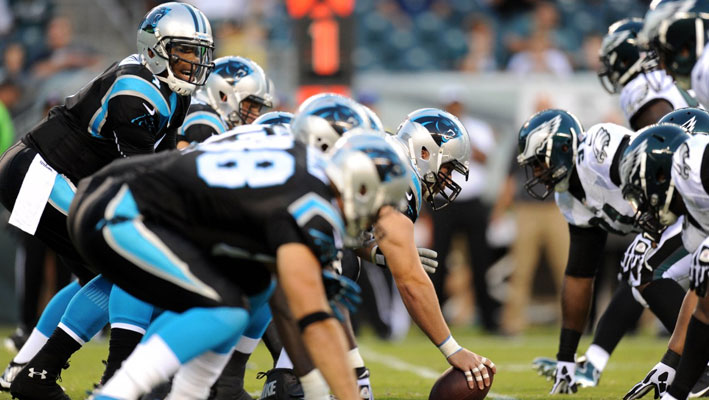 Carolina ranked 10th in total yards allowed in 2014 while finishing 11th against thee pass and a respectable 16th against the run. While the Carolina Panthers didn’t make a big splash in free agency, the Panthers did draft versatile linebacker Shaq Thompson with the 25th overall pick and I believe the former Washington star is going to come in and immediately help solidify a defense that was very good a year ago, but one that was still in need of a boost of youth and athleticism. The Panthers have perennially fielded very solid defenses under Ron Rivera and I see no reason to believe they won’t again in 2015. Sources:NFL.com: http://www.nfl.com/player/jonathanstewart/949/profileESPN.com: http://espn.go.com/nfl/team/_/name/car/carolina-panthers
Older post
Newer post