Can Manning Lead Broncos to Victory Over Brady and Patriots?

In order to reach their stated goal of playing in Super Bowl 50, Peyton Manning and the Denver Broncos will have to dispatch four-time Super Bowl winning quarterback Tom Brady and the perennially powerful New England Patriots when they square off in their AFC Championship showdown on Sunday.Thanks to this expert Moneyline preview, you’re going to get all of the insight you’ll need in order to make an informed wager on Sunday’s NFL match.Now, let’s find out which team will win this contest outright!

Why Bet the Denver Broncos?

Because defense still wins championships – and Peyton Manning is long overdue!The best reason to bet on the Denver Broncos to win this game outright is because defense still wins championships – and Denver’s defense is as good as it gets this season.You may have heard it before, but the Broncos ranked first in total defense for the first time in franchise history by limiting their opponents to just 283.1 yards per game, while also finishing first against the pass (199.6 ypg), third against the run (83.6 ypg) and fourth in points allowed (18.5 ppg).Maybe it’s the ‘old-school’ in me, but the fact of the matter is that defenses still wins championships – or maybe you don’t remember that the Patriots, Seahawks and Ravens and Giants won the last four Super Bowl titles because of their respective defenses.The Broncos allowed just one opponent to reach the 30-point plateau this season and that means that Tom Brady and company will almost certainly face their toughest task all season long in trying to get past a Denver defense that tied for seventh in takeaways (27).

Why Bet the New England Patriots?

The best reason to bet on New England to win outright as a road favorite is because they have Tom Brady under center.The Patriots ranked sixth in total offense and third in scoring (29.1 ppg) mostly because of the play of their future Hall of Fame quarterback. 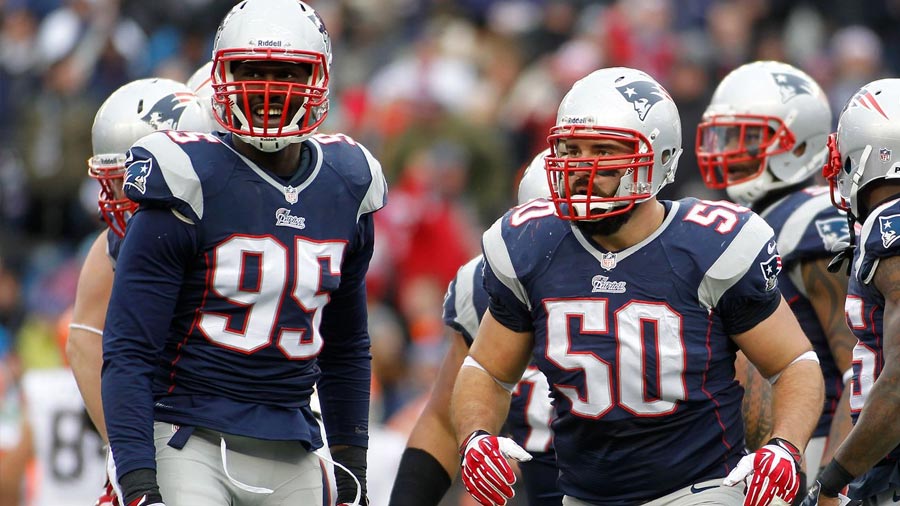 Brady finished fourth in passer rating (102.2) and third in passing yards (4,770) and has made a career out of making the right play at the right time, no matter who New England is playing against.Brady had a stellar camp this season despite losing top pass catcher Rob Gronkowski and No. 1 wide receiver Julian Edelman for major stretches this season. Brady also excelled despite the fact that the Patriots had a mediocre rushing attack that can best be described as ‘inconsistent’.Last but not least, Brady has been able to put together the best postseason winning record in league history by going 22-8 in a whopping 30 playoff games.

The Denver Broncos may be mediocre across the board offensively this season, but they’re so good defensively that I believe the modest 37 percent of public bettors have the upper hand on the 63 percent of their brethren that likes New England.New England has lost three straight road games as a favorite of 3-points or less while Denver has compiled a perfect 5-0 SU mark in their last five games as an underdog of 3-points or less.While Tom Brady has compiled a stellar 11-5 SU mark against Manning in their careers, the future Hall of Famers have also split four playoff games against each other, both SU and ATS with the Broncos winning two straight, including the 2014 AFC title tilt.I love Denver’s defense and again, I firmly believe that defense still wins championships, even in today’s pass-happy times. The Broncos to get the outright win!My final score prediction is Denver 24 New England 21
Older post
Newer post