NFL News and Rumors
The Buffalo Bills have had a mixed bag of fortunes in the 2015 preseason NFL odds. In their first encounter against the Carolina Panthers, they suffered a devastating 25-24 last-minute loss. In their next game, they were on the lucky end of football betting lines, edging off the Cleveland Browns in the final minutes of the game to claim an 11-10 win.The Steelers, on the other hand, finally recorded their first preseason victory, beating the Packers 24-19 in Week 2 of the NFL Preseason, following back-to-back losses to the Vikings (in the Hall of Fame game) and a Week 1 Preseason upset to the Jacksonville Jaguars.With the stage set for a nationally televised Saturday afternoon clash between the Steelers and Bills, which of the two teams will record its second preseason win? Stay with us, as we take you through an NFL betting analysis of this showdown.

EJ Manuel is starting Saturday, but is it all for show? That, and other things to watch the #Bills game vs Pittsburgh http://t.co/9rbq0hTHxM 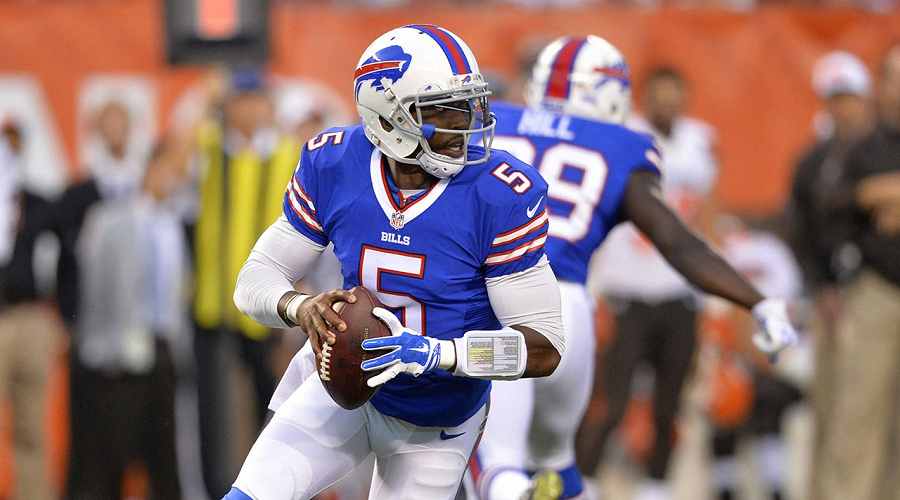 Sooner or later, the Bills will be making their decision about who will be their starting QB, and if objectivity and fairness is to be maintained, Tyrod Taylor will certainly fancy his chances after a strong showing in training and a commendable performance in the preseason games so far. Last week, he rushed for more than 80 percent of his passes and made a number of good decisions with the ball, totaling 41 rushing yards on four attempts and 65 passing yards in 7 of 10 passes. 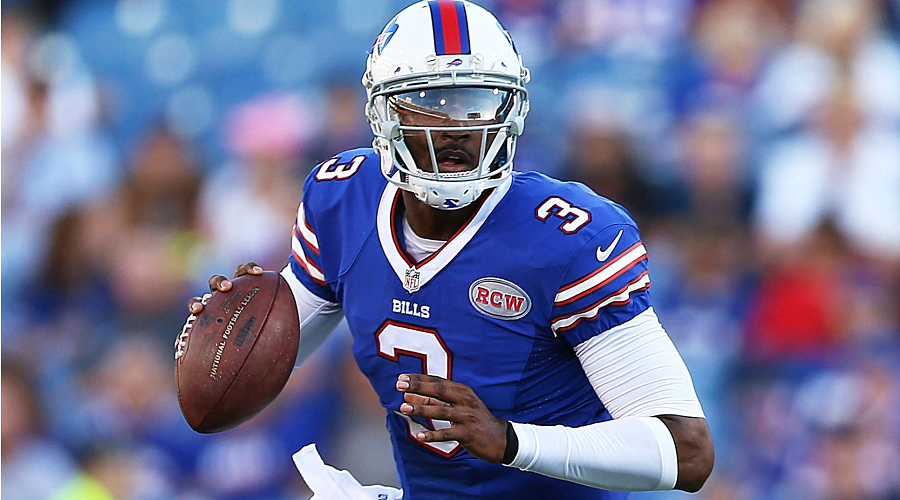 Meanwhile, the QB duo Matt Cassel and EJ Manuel have also been fighting heartedly for the starting role, both of them combining for two TDs and zero interceptions. Manuel was particularly instrumental last week, as he completed 9 of 14 passes for 111 yards, a game-winning touchdown and a crucial two-point conversion against Cleveland. 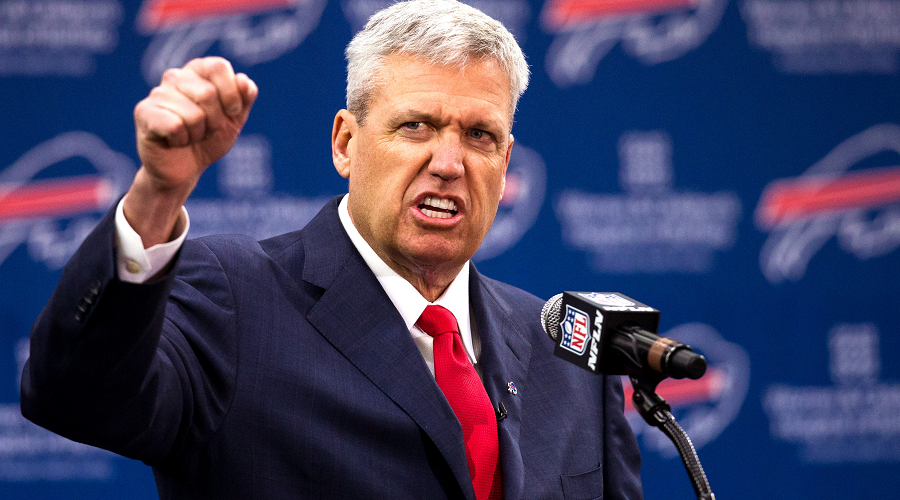 Coach Rex Ryan is reportedly leaning towards Taylor, while other coaches feel that Cassel has more experience and is consistent than the other two QBs, with Manuel being a wild-card in the tri-lemma. You can therefore expect a strong performance from all the three QBs, as they seek to boost their stocks and sway votes for the starting QB job. 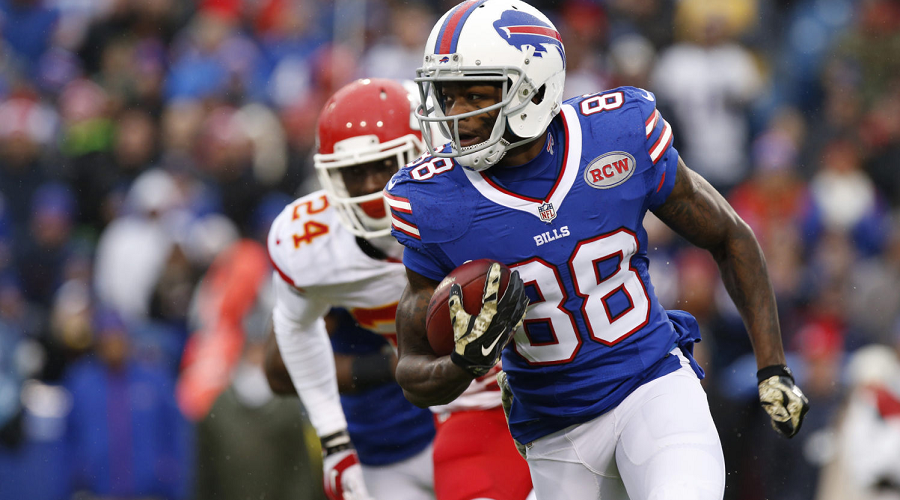 In the receiving end, the trio of Marquise Goodwin Marcus Easley and Deonte Thompson are also vying for spots two spots in the final roster. Goodwin and Thompson (who leads the team in preseason with 96 receiving yards and a touchdown) look likely, at the moment, to make the cut, but things could equally change based on how things pan out against the Steelers.Meanwhile, veteran stars Percy Harvin (WR) and LeSean McCoy (RB) are still in rehab and are making good progress, which should see them get ready for the start of the new season. But in the meantime, the rest of the teammates, including Bronson Hill (who’s rushed for a team-best 48 yards in two preseason games), will get sufficient playing time on the field. 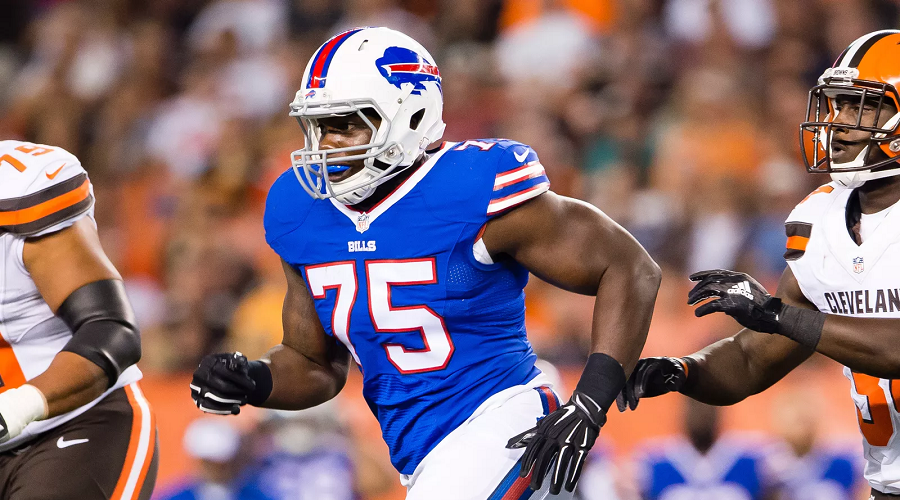 Defensively, the Bills have looked solid enough, collecting five sacks and allowing a total of just 13 first-half points in their two preseason games. Ikemefuna Enemkpali, following his incident with Geno Smith, is settling well in Buffalo, leading the team with seven tackles in the preseason, with the likes of Cedric Reed and Ronald Darby also having strong performances.But even with a lot of things seemingly going well for the Bills both offensively and defensively, it’s going to take a lot of effort to down the Steelers, who are coming off a remarkable win over the Packers. 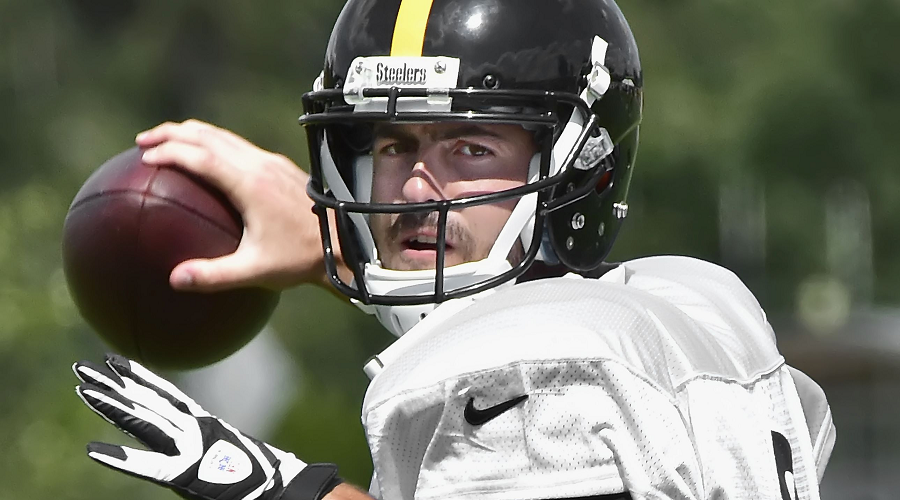 Backup QB Landry Jones was the star of last week’s show, completing 10 of 19 passes for 172 yards and two touchdowns against one interception. Expectedly, starting quarterback Ben Roethlisberger got more reps on the field and put in a veteran-like performance, completing 11 of 14 passes for 100 yards and a touchdown. 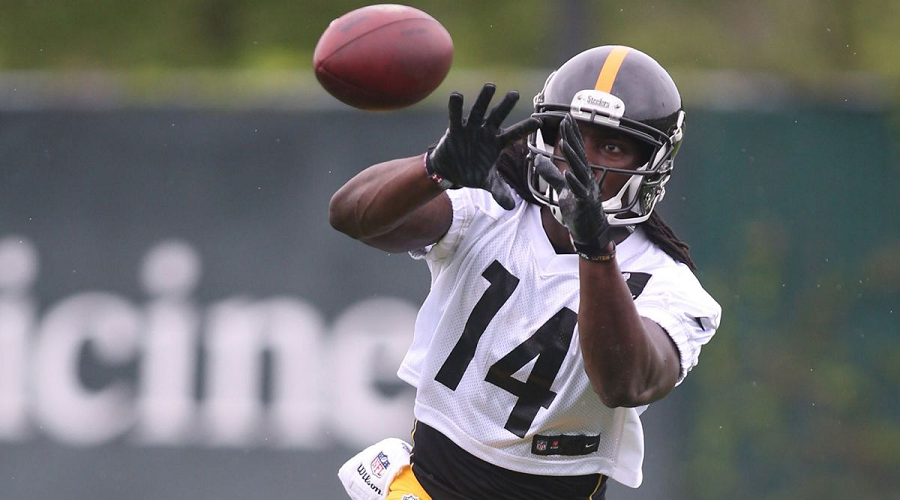 Meanwhile, after their shaky performances against the Vikings and Jaguars, Pittsburgh’s wide receivers showed that they were ready to do it big in 2015, as rookie WR Sammie Coates exploded for 60 yards in two receptions, while quarterback-turned-wideout Tyler Murphy led the team with 61 yards and one touchdown in four receptions. On the ground, former Carolina RB DeAngelo Williams looked relatively settled in Pittsburgh colors, tallying 20 rushing yards in four attempts, while Le’Veon Bell added 16 rushing yards in six attempts. 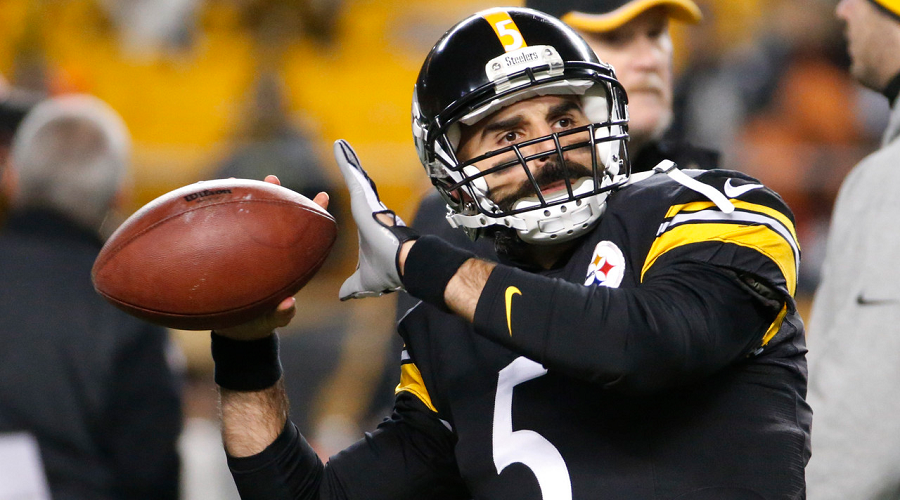 With backup QB Bruce Gradkowski lost for a while with a finger injury, Jones will probably get most reps as the main backup QB, as Big Ben gets extra time on the field than in last week’s game. Having contentiously signed renowned QB Michael Vick on Tuesday evening, we could also see the veteran getting a few minutes on the field. 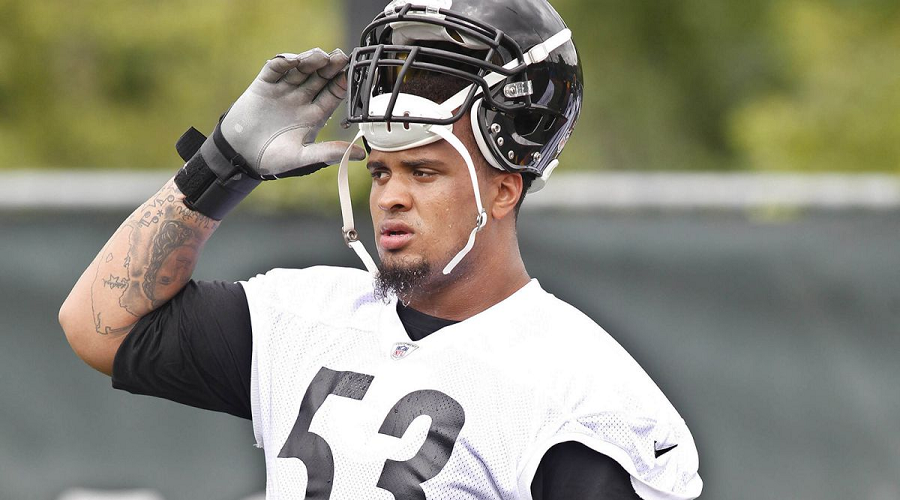 Remarkably, the Steelers have some adjustments to make since a number of players will be out with injuries. After losing placekicker Shaun Suisham in Week 1 of the preseason due to a torn ACL, the Steelers will now have to do without starting four-time Pro Bowler center Maurkice Pouncey for the entire season with a broken fibula. Cody Wallace and the other players that are set to make their way into the squad should thus be ready to give a strong performance, going by the versatile nature of Buffalo’s unit. 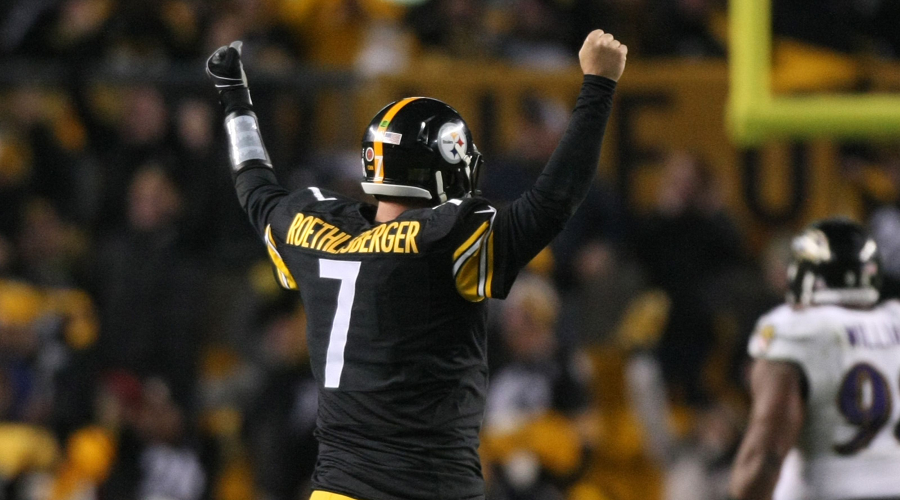 Both teams come into this game with a lot to prove, and bearing in mind the talented nature of both squads, a close contest looks to be in the books. Expect the Bills to struggle when Big Ben takes center stage, but in the end, we believe the Bills (courtesy of their fighting and motivated QBs) will escape with a victory. 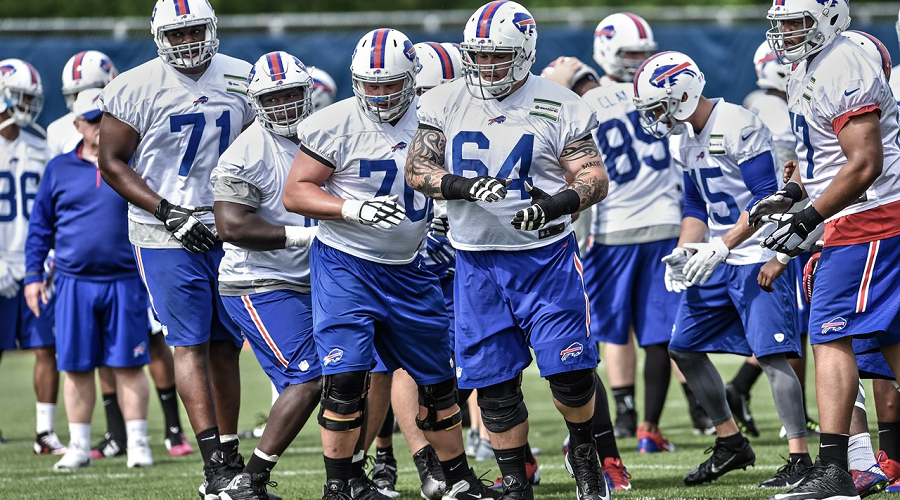 This is mainly because the Steelers won’t want to take any chances with Big Ben getting any injuries, thus playing him for limited minutes. And once the Pittsburgh backups take to the field, Buffalo’s defense should get into character to keep the Steelers contained. So, simply put, take Buffalo for both the SU and ATS, with the total looking to go OVER 43 in a well-scoring shootout affair. Sources:Syracuse.com: http://www.syracuse.com/buffalo bills/index.ssf/2015/08/percy_harvin_lesean_mccoy_progress_in_rehab_5_observations_from_day_17_of_bills.htmlUSAToday.com: http://www.usatoday.com/story/sports/nfl/steelers/2015/08/25/michael-vick-pittsburgh-steelers-new-york-jets-philadelphia-eagles/32324777/
Older post
Newer post