NFL News and Rumors
There are many questions surrounding Chip Kelly and the Philadelphia Eagles. With so many changes and new faces heading to the coming season, Birds supporters and NFL betting fans still wondering what would it come from Chip Kelly’s experiment. Will Tebow play next season? Can the Eagles beat their odds and make it to the postseason? Will it be a mess?With that in mind, here’s an original analysis on the top five questions surrounding the Birds as they get set for the upcoming 2015 season.

1. Who will be the Eagles starting quarterback? 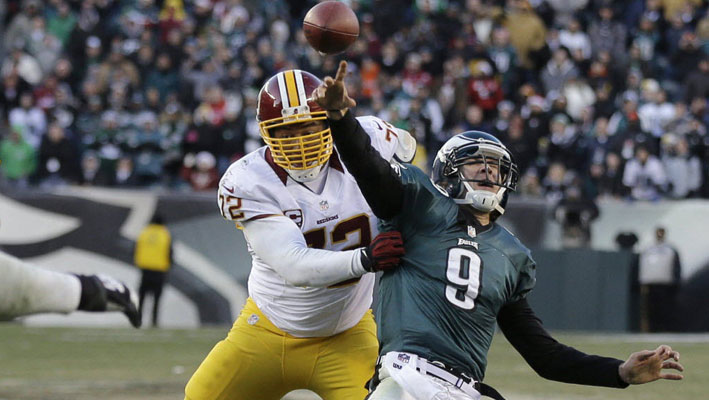 The Philadelphia Eagles traded former starter Nick Foles for former Rams ‘franchise’ quarterback Sam Bradford, but I think that as a major mistake. Now, reports out of the City of Brotherly Love say that Bradford may not open the season as the starter and that Mark Sanchez could become Philly’s No.1 signal-caller. Maybe it’s me, but I say it’s always a bad sign when your starting quarterback is best known for a one-of-a-kind ‘butt fumble’.

2. How will DeMarco Murray fare in his first season in Philly? 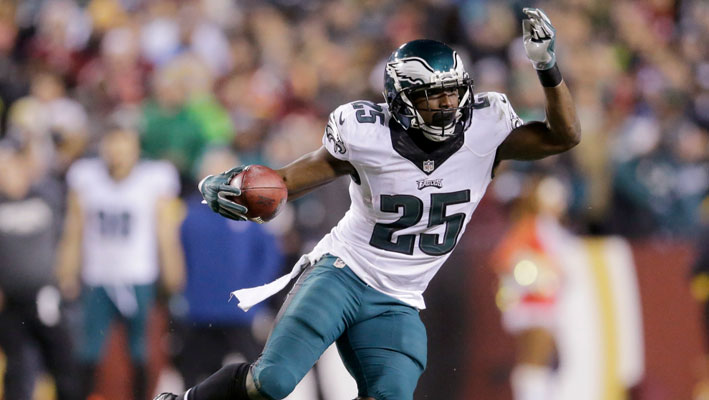 Murray led the league in rushing in 2014 by racking up 1,845 yards with the Dallas Cowboys, but I don’t think he’s going to approach those kinds of numbers running behind a bunch of pitiful blockers they call an offensive line.  Murray will reach the coveted 1,000-yard mark, but he’s not getting to 1,500 yards.

3. What kind of production will the Birds get from their wide receiver group? 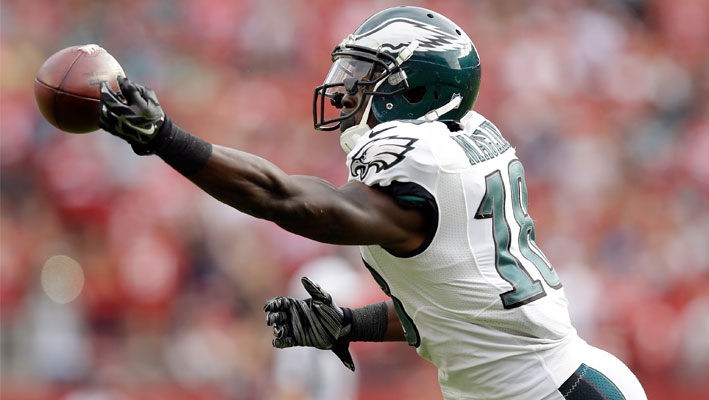 Veteran Jeremy Maclin made the Pro Bowl for the Birds in 2014 by catching 85 passes for 1,318 yards but he bolted in free agency just one year after the Birds decided to part ways with its other former Pro Bowler DeSean Jackson. While the Eagles drafted USC wideout Nelson Agholor with the 20th overall pick, I don’t think anyone going to get overly excited about a receiving group that is headed up by the fearsome Riley Cooper.

4. Can the Birds improve defensively? 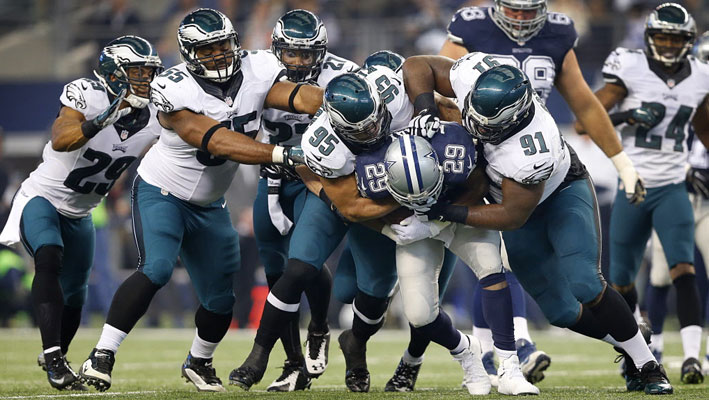 The Eagles may have an explosive offense that ranked third in scoring a year ago, but the Birds have been pretty awful defensively under Chip Kelly’s leadership. Philly ranked 28th in total yards allowed last season while also ranking 23rd in points allowed (25.0ppg). Philadelphia added cornerback Byron Maxwell in free agency and linebacker Kiko Alonso via trade, but they need a lot more help on defense before they can become a top 10 unit. I like the Birds to improve on defense in 2015, but not by very much. 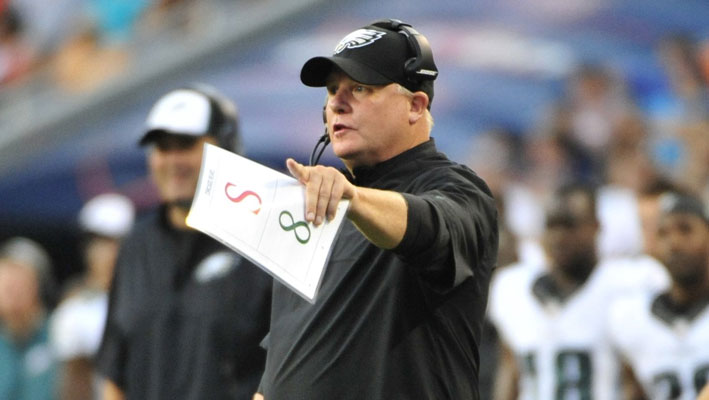