NFL News and Rumors
Derek Carr and the Oakland Raiders and their NFL odds fans will look to pull off the upset over Peyton Manning and the Denver Broncos when the two longtime rivals take to the gridiron for their latest AFC West clash. Now, let’s find out if Carr and the Raiders can bring home the bacon.

Oakland almost moved to 3-1 a week ago but lost a heartbreaker to Chicago 22-20 on Robbie Gould’s game-winning field goal while failing to cover the spread as a 3-point road fave. Quarterback Derek Carr completed 20 of 33 passes for 192 yards with two touchdowns and one interception in the narrow loss. 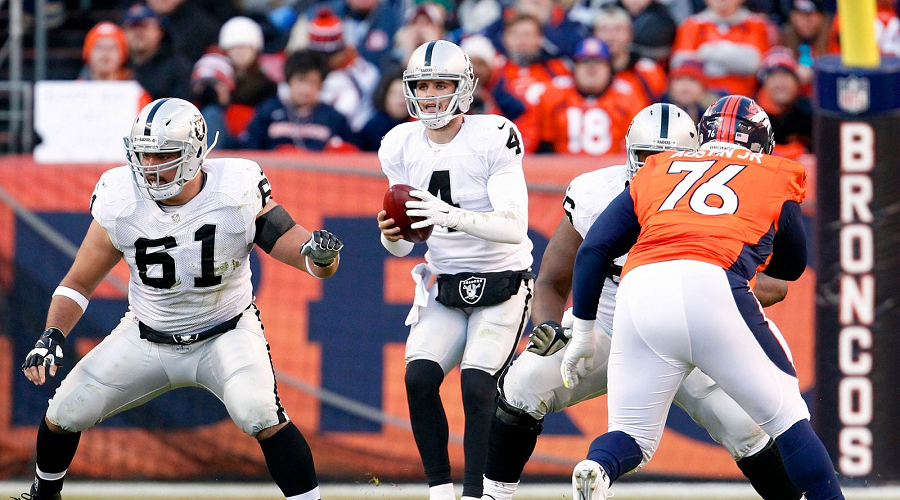 Still, the Raiders have looked pretty good this season and have  some nice talent on their roster, starting with second-year quarterback Derek Carr and rookie wide receivers Amari Cooper and Seth Roberts first and foremost. Carr has been on fire over his last three games, completing an impressive 70-of-111 passes for 861 yards with seven touchdowns and only two interceptions. 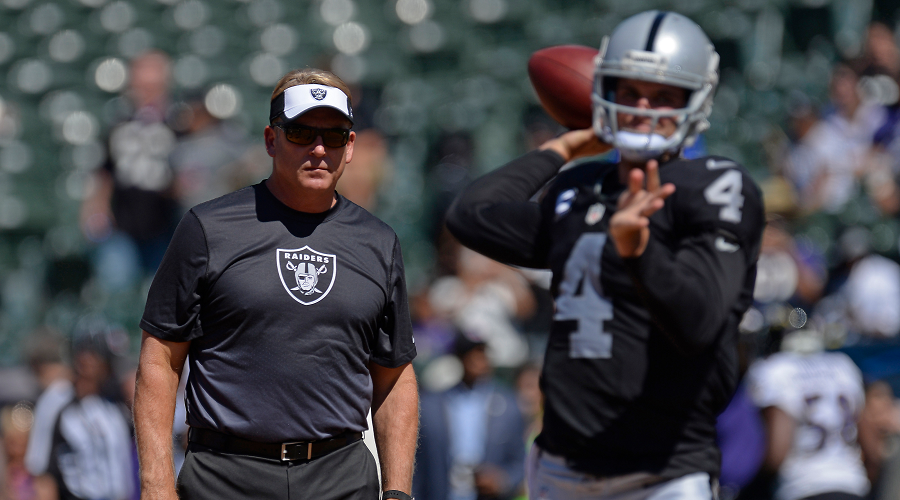 While the Raiders are clearly heading in the right direction now under new head coach Jack del Rio, Oakland has struggled immensely on the defensive side of the ball in ranking 31st in total defense and 27th in points allowed (27. 0 ppg).

With the arrival of new head coach, the Broncos are no longer throwing the ball all over the place and completely relying on the right arm of future Hall of Fame quarterback Peyton Manning. The Broncos beat Minnesota 23-20 in Week 4 but failed to cover the spread as a 7-point favorite. 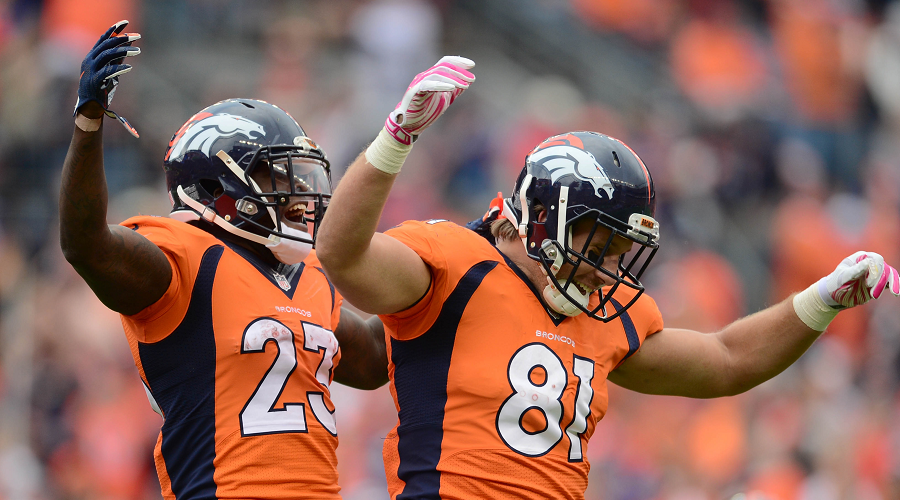 Despite being one of six remaining unbeaten teams coming into this contest, the Broncos are ranked just 25th in passing (225.2 ypg) and 29th in rushing (78.8 ypg), though they have somehow managed to rank 11th in scoring (24.2 ppg). 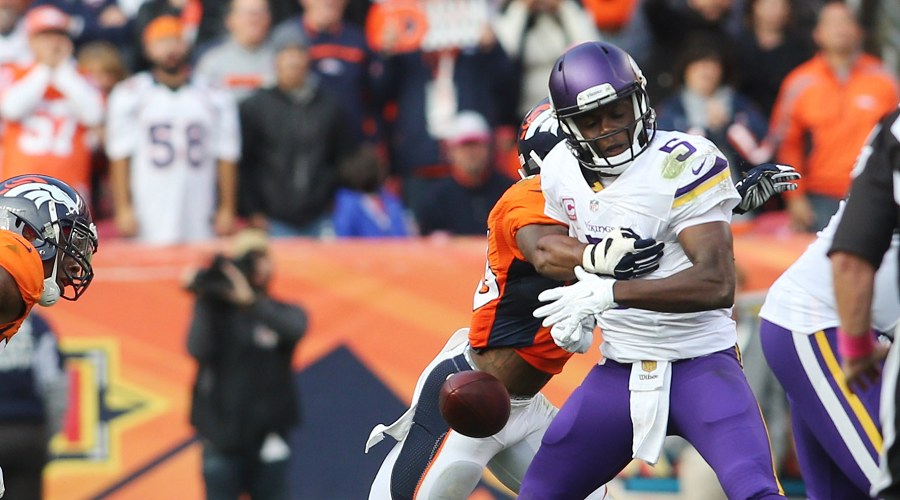 However, Denver’s defense has been absolutely stupendous in ranking first in total defense, first against the pass, eighth against the run and second in points allowed (17.2). Denver’s defense also leads the NFL in sacks with 18, with defensive end DeMarcus Ware leading the league with 4.5.
Game Analysis:
While 60 percent of the betting public likes Denver to win and cash in against the rebuilding Raiders in this contest, I’m going with the 40 percent of bettors that likes Oakland. 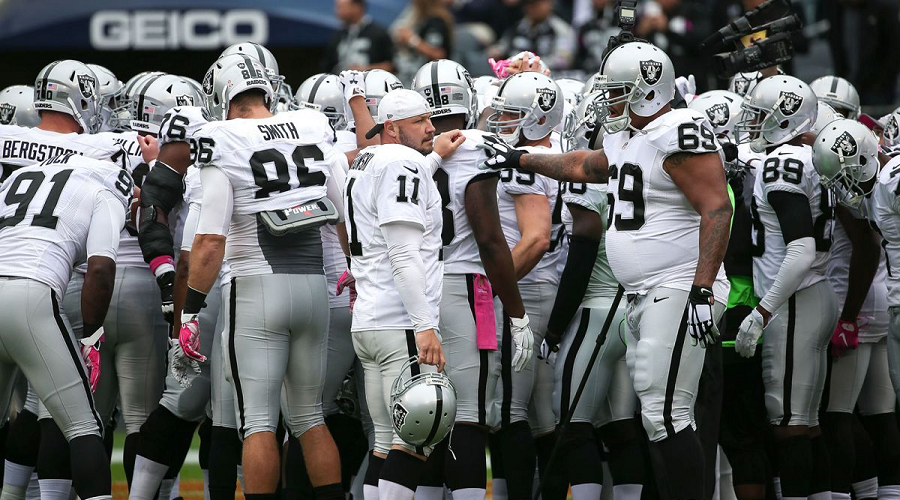 Not only are the Raiders 5-1 ATS in their last six games following an SU or ATS loss, Denver has compiled a discouraging 1-4 ATS mark in its last five Week 5 games. 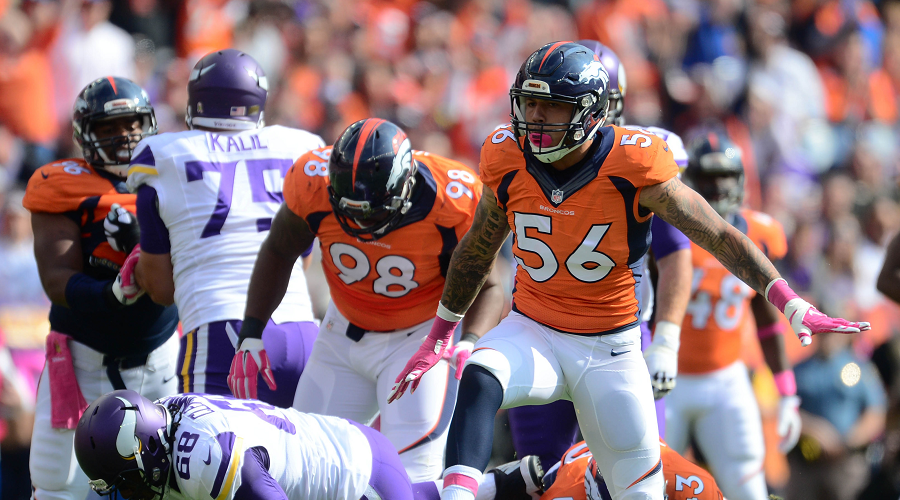 While the Broncos have gone 4-0 ATS in their last four road dates against the Raiders and the road team in this series is  10-3-1 ATS in the last 14 meetings, I’m thinking Denver’s newfound slow-paced offense, combined with Oakland’s 12th-ranked scoring offense, will create the perfect mix for a Raiders cover at the very least.
My Pick: Denver 24 Oakland 21
Older post
Newer post