NFL News and Rumors
Todd Gurley and the reeling St. Louis Rams will look to snap their four-game losing streak while brining the streaking Arizona Cardinals’ five-game winning streak to an abrupt halt when they square off in their Week 13 NFC West divisional match up on Sunday. With these two teams heading in polar opposite directions, only one real question matters when it comes to this Week 13 pairing. Can the Rams cover the NFL betting spread?

St. Louis has failed to score more than 18 points in each of their last four games and more than 13 points in each of their last three games. The Rams were limited to just one score in their 31-7 Week 12 beatdown at the hands of the Cincinnati Bengals while never coming close to covering the spread as a 10.5-point home underdog.The Rams offense ranks last in the league in passing. St. Louis switched quarterbacks last week, but Case Keenum was injured, forcing head coach Jeff Fisher to turn back to former starter Nick Foles. Foles, who started the first nine games, returned after being benched, but player poorly in tossing three interceptions and no touchdowns. Cincinnati defensive back Leon Hall returned one of Foles’ three picks for a touchdown. “I forced it trying to make a play,” said Foles. This is a bump in the road, a character builder. There’s no choice, you can’t give up.”Fisher blew up at reporters when asked about his team’s effort following the loss. “Anyone who implies it’s an effort issue and kiss my (butt),” he said. It’s not an effort issue right now. It’s execution.” 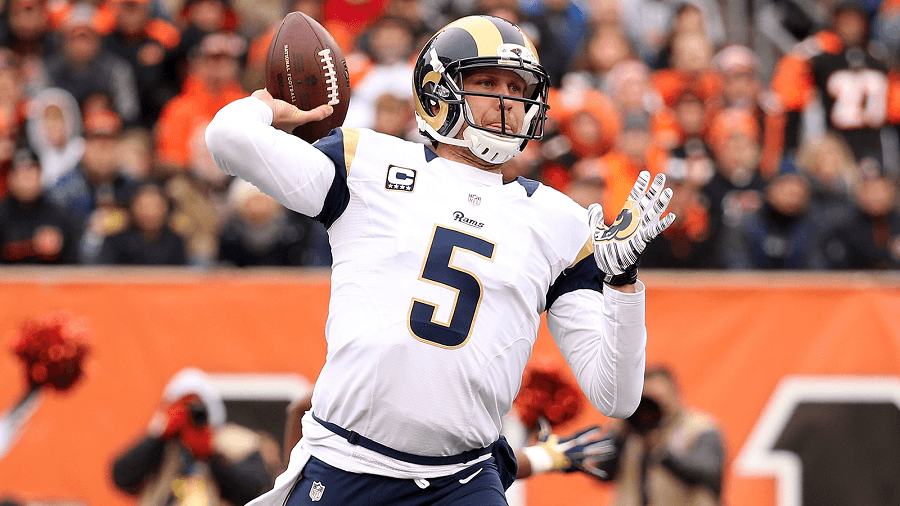 Foles has now thrown just seven touchdowns and nine interceptions since being acquired from Philly in the offseason to replace former starter Sam Bradford. The Rams came into their Week 12 affair with 30 sacks, but didn’t get to Bengals quarterback Andy Dalton once.

Arizona had a tougher time on their hands than expected, but the Cards managed to get past San Francisco 19-13 last weekend despite covering the spread as a 7.5-point favorite.Veteran quarterback Carson Palmer completed 24 of 40 passes for 271 yards and added a surprising rushing touchdown in the win, though the lead-legged signal-caller took a tumble after spiking the ball despite not being touched. ”I’m taking a lot of heat for that and I could care less. The teasing’s not going to stop,” Palmer said. ”More looks than comments, more just laughs and head shaking. But the comments will come as soon as we get on the plane.” 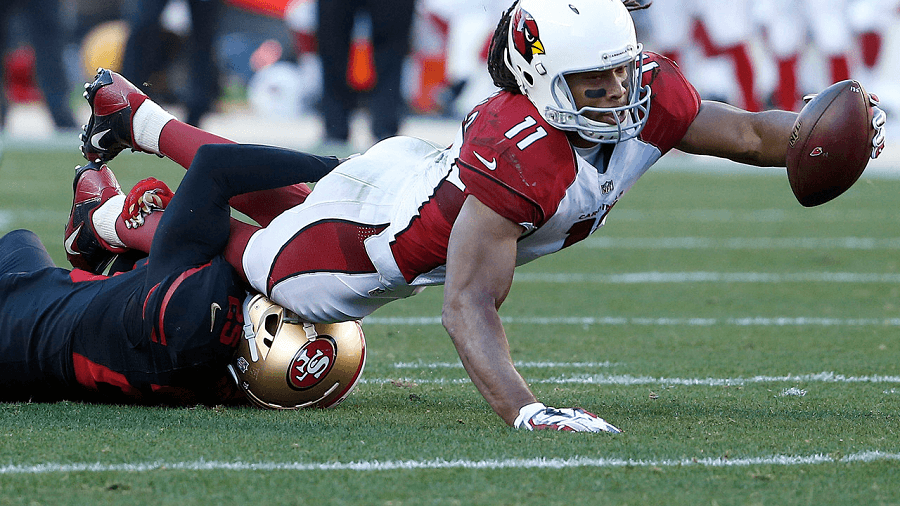 The Cardinals limited San Francisco to just 67 rushing yards in the loss and won the turnover battle 2-0. Veteran wide receiver Larry Fitzgerald had 10 catches for 66 yards, surpassing Hall of Famer Steve Largent for 16th place on the career list for receiving yards and moving him into 12th place for catches past Randy Moss.

A whopping 69 percent of the betting public like Arizona to win and cover the spread on the road – and if you say that’s because Jeff Fisher’s Rams have a lack of effort, then you can kiss his a-double-squiggle his words, not mine).All jokes aside, I full expect Carson Palmer and company to roll all over the beleaguered Rams in this mismatch of NFC West division rivals. Todd Gurley has been held to just 219 yards over his last four games (54.7 ypg) and was limited to just 19 yards on nine carries against Cincinnati this past weekend. St. Louis has given up at least 31 points in two of their last three games while going 0-3-1 ATS over their last four games.Arizona has scored 34 points or more in three of their last five games and I believe they will come close to that figure in this contest while beating the Rams by double digits to easily cover the spread.My Pick: Arizona 28 St. Louis 17
Older post
Newer post