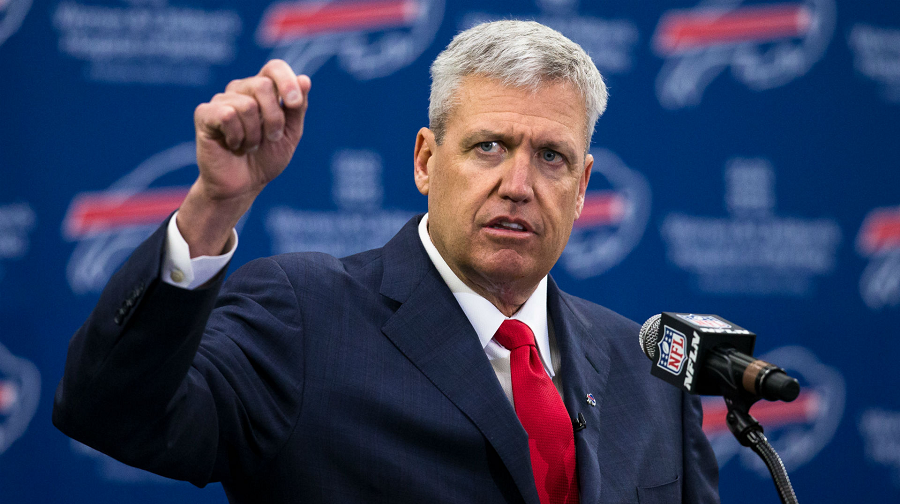 NFL News and Rumors
Rex Ryan coached the New York Jets for six seasons and has now taken his talents west to Buffalo. Despite the not so positive NFL betting odds and expectations surrounding his team, he’s sure to amuse everyone in upstate New York, here’s a look back at some of his greatest moments with the media and players.

Rex stands up to Belichick

Ryan never won a Super Bowl in New York City, but he gave the team back some of its confidence. In fact, he delivered some swagger even before the team had played a game with him on the sideline. “I never came here to kiss Bill Belichick’s rings,” Ryan roared in an interview six months after his hiring. “I came to win. Let’s just put it that way. So we’ll see what happens. I’m certainly not intimidated by New England or anybody else.” The adventure had begun. 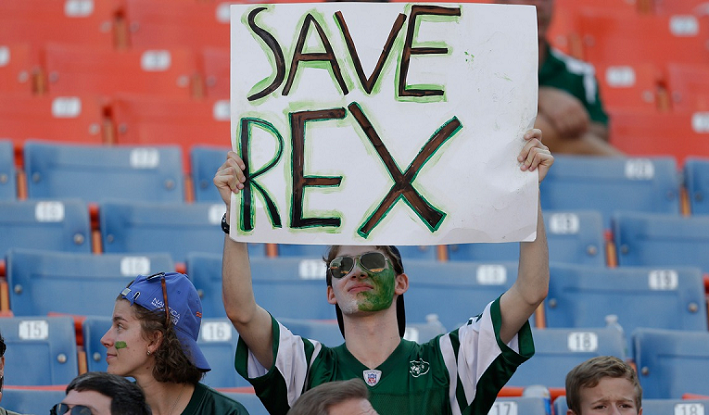 No one was more blustery than Rex in front of the media. Even the daily press conferences turned into a daily drama. In the fall of 2010, he made the point that he and Tom Brady both were married to supermodels. He then showed everyone a magazine with his wife, Michelle, posing in an ad for the NFL Shop. Will the next Jets’ coach be this entertaining?

#FBF: The story of how this man became the face of the Buffalo Bills. http://t.co/jL4m1VTweK pic.twitter.com/rgfs19CDCO

After a rout at the hands of the Patriots (45-3, to be exact), Ryan held a funeral near the team’s practice field. The corpse? A game ball from that night. Yes, the Patriots brought out the most extreme responses from Rex.“I’ve never seen a coach do that,” Darrelle Revis said at the time. “We all got the point. Usually, in the past, you hear a coach say, ‘Let’s bury this’ and you have to visualize it. When you actually see it, you’re like, ‘Wow, this is serious.’ ”

The lowest point of the Ryan regime in New York came after a 2013 preseason tilt. Ryan had left QB Mark Sanchez in late in the game, as Sanchez wanted to win the starting job over rookie Geno Smith. However, Sanchez ended up hurting his shoulder and missing the season. The reporters were all over Ryan after the game, and after a brief but loud rant, Ryan lost it. Eventually, he bellowed, “I can say anything I want, that’s the beauty of this country!”This press conference is on YouTube. You’ll enjoy it.

Rex Puts on a Costume

Rex put on a false belly and a blonde, curly wig to impersonate his twin brother Rob before a game against Cleveland, where Rob was the defensive coordinator. A reporter asked “Rob” what he thought about his brother.“I think Rex is a great coach and he’s a great person, there’s no question about that. And he’s very handsome.” 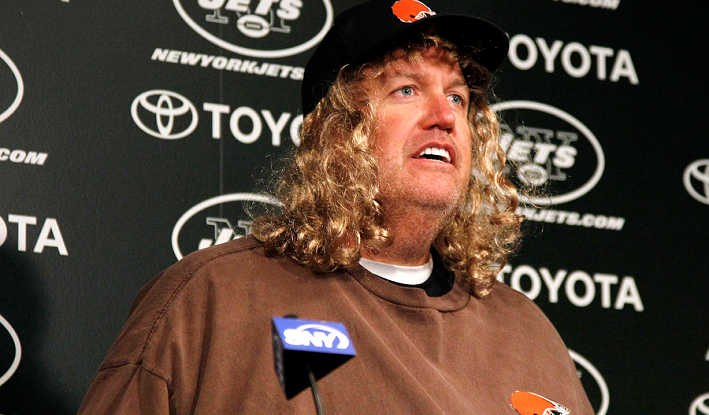 Ryan has, at the very least, an R-rated mouth. This made him beloved in New York City. However, the NFL was not nearly as happy with his vocabulary. One November, Ryan got hit for $100,000 for cursing toward officials after the Jets had beaten the Steelers. In 2011, the league fined him $75,000 for yelling at a fan. The Jets had to fine him $50,000 for showing the “bird” in a 2010 picture.

If you’re a fan of the HBO series “Hard Knocks,” then you’ve probably already seen the blistering rant Ryan delivered to his players after a ho-hum practice during training camp. The segment also created a phrase that many, many people have repeated in the intervening years:“Let’s go eat a goddamn snack.”Sources: CBS Sports: http://www.cbssports.com/nfl/players/playerpage/187741/tom-bradyNFL.com: http://www.nfl.com/player/marksanchez/79858/profile
Older post
Newer post