NFL News and Rumors
What could be better than cashing in with a winning bet on Super Bowl 50? Why, cashing in twice of course! Thanks to the pair of expert parlay picks that you’re about to get, you’re going to have a great opportunity to make your Super Bowl party twice as nice as you may have originally planned. With that said and game day quickly approaching, let’s get started.

The Carolina Panthers are my pick to win Super Bowl 50 and cover the spread as a 4.5-point favorite for several reasons. First and foremost, the Panthers have been lighting up the scoreboard like a 1980’s pinball machine. Not only did the Panthers lead the NFL in scoring during the regular season (31.2 ppg), but they’ve carried over their high-scoring ways into the postseason despite facing two top five units in Seattle and Arizona.Carolina has scored a whopping 80 combined points in beating the Seahawks and Cardinals in the divisional round and NFC title game all after scoring at least 33 points in six of their final seven regular season games. No team has found a way to stop – or even slow down – Panthers quarterback Cam Newton all season long and I just don’t see Denver being able to do so, even with the league’s top-ranked overall defense.Including the postseason, Newton has rushed 153 times for 686 yards and 12 touchdowns. By comparison, in 18 games this season, Denver has watched 13 opposing signal-callers rush just 44 times for 207 yards and no touchdowns.“I don’t know that we’ve faced a dual-threat guy like him this year with our schedule,” Broncos head coach Gary Kubiak said. “It will be different for us. Having to tackle him out in the open field, having to defend the quarterback runs and those types of things will be something different for us.” 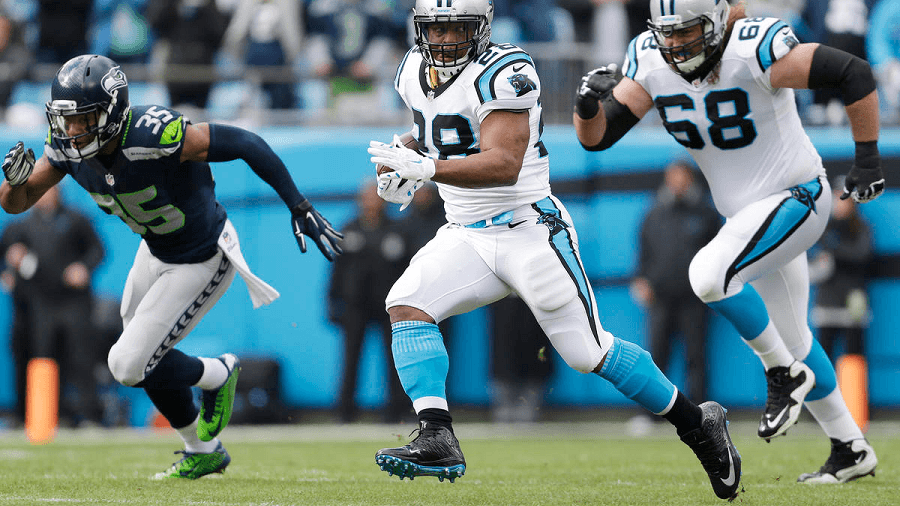 Why Bet the Over in Super Bowl 50

In addition to playing the Panthers to win Super Bowl 50 and cover the spread, I also agree with the 69 percent of public bettors that like the Over 45.5 Super Bowl 50 total. The Panthers have scored at least 31 points in eight of their last 10 games while scoring 38 points or more six times and reaching the 40-point plateau three times.The Over is a perfect 6-0 in Carolina’s last half-dozen games following an SU win of more than 14 points and a pristine 4-0 in Carolina’s last four playoff games. The Over is also 4-1 in the Panthers’ last five games and 20-7-1 in their last 28 games against a team with a winning record.

In the end, I’m expecting Carolina to shut down Denver’s mediocre rushing attack while pressuring Broncos’ quarterback Peyton Manning the exact same way they did in forcing Arizona’s Carson Palmer into four interceptions in the NFC Championship game. I fully expect the Panthers to capitalize on a couple of Broncos turnovers and resulting ‘short fields’ while reaching the 30-point plateau for the ninth time in their last 11 games.Carolina has the better offense by far and a defense that led the NFL in turnover differential. Play the Panthers to win and cash in while the final score plays just Over the Super Bowl 50 Total.My final score prediction: Carolina 31 Denver 17
Older post
Newer post