NFL News and Rumors
To many NFL betting fans, Dallas Cowboys running back Joseph Randle is a laughingstock. After all, he got arrested in the Dallas suburb of Frisco while leaving a mall without paying for two pairs of underwear and a cologne tester that he liberated from a department store. He called this error the biggest one he had ever made, but he followed that one up by getting arrested for marijuana in February 2015. Finally, he made everyone stop and look at him with his remark that former teammate DeMarco Murray had “left a lot of meat on the bone” during his NFL rushing title season. The implication was that, while Murray did run up 1,845 yards, setting a franchise record, Murray could have done even more.The team, of course, quickly clammed Randle up. Cowboys coach Jason Garrett told the media that he had met with Randle almost immediately after Randle’s statement. Garrett did say that the remark might not have been malicious but that he also told his running back to focus on “doing, not talking.”

But was Randle right? And could Randle have a year that’s just as big in Dallas this year?If you look at film of the Dallas Cowboys offensive line, you’ll see that left tackle Tyron Smith has odd mechanics but the athleticism to keep himself in place. Center Travis Frederick is the opposite – his mechanics are sound but his athleticism is just average. Left guard Ronald Leary is great – as long as he remains aggressive. Right guard Zach Martin has a tremendous upside, with just a few weaknesses that are easily coached away. Right tackle Jeremy Parnell will disappoint the Jaguars, who signed him away from Dallas. Also, DeMarco Murray left quite a few yards out there. 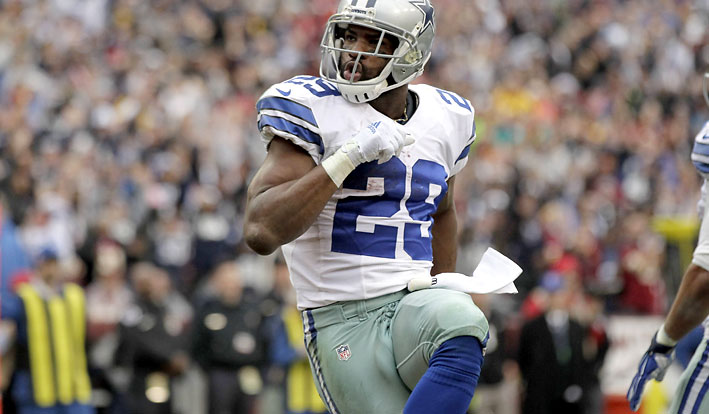 When Chip Kelly signed DeMarco Murray to join the Eagles for $21 million in guaranteed cash, he was looking for a runner who hits the hole. Murray does that, and he does it more than LeSean McCoy did. However, he should do it a lot more. His strength is his facility at getting square downhill, even when he’s been hit. However, his hips are stiff, and his feet get to heavy to keep him balanced when he is changing direction. This means that he made quite a few poor decisions – and couldn’t recover to get going in the right direction.In 2014, Joseph Randle averaged 6.7 yards per carry when he came in from the bench. In 2015, he can keep that average over 5.0 if he maintains the discipline that Murray would sometimes abandon. The only things between Randle and a 1,500-yard season are his own tendency to get in trouble off the field and the signing of Darren McFadden from Oakland. McFadden has long been a terrific straight-line runner, although he also has suffered from many ankle sprains and hamstring pulls. If you consider Murray to be a little stiff, though, McFadden is very stiff. He simply can’t make people miss him – which will keep him from running as effectively, even behind the Cowboys’ stellar offensive line. 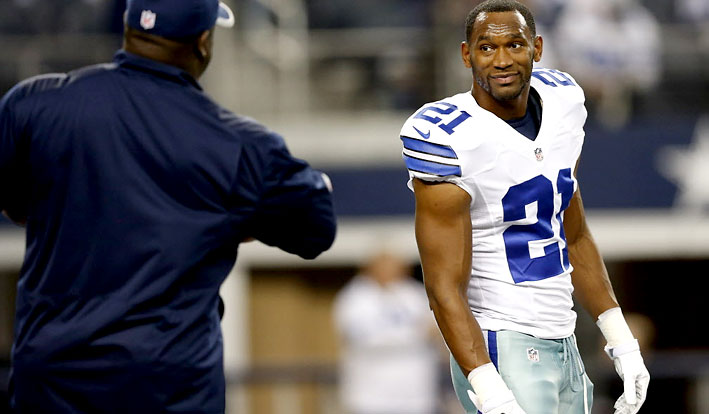 Now it’s true that McFadden won’t have to make people miss as often in Dallas. One wild card for the Cowboys’ offensive line is that line coach Bill Callahan has left Dallas to do the same thing for Washington. Frank Pollak, an acolyte of Callahan’s, is the new line coach. If the Cowboys’ line remains as dominant as it was this past year, Joseph Randle – or Darren McFadden – should excel. McFadden is explosive north and south, but Randle could get in and show his flexibility. As long as he has the patience for those holes to open, he could send McFadden to the bench and pursue a rushing title of his own.SourcesUSAtoday.com (http://www.usatoday.com/story/sports/nfl/eagles/2015/06/15/demarco-murray-philadelphia-chip-kelly-lesean-mccoy-ryan-mathews/71271702/)ESPN.com (http://espn.go.com/nfl/player/_/id/16013/joseph-randle)
Older post
Newer post