NFL News and Rumors
Three years ago, Colin Kaepernick took the field with the rest of the San Francisco 49ers as the NFC champions, ready to take on the Baltimore Ravens in the Super Bowl. Now, Kaepernick is playing so poorly that there are voices from media and NFL betting fans saying that it’s time to consider moving to Blaine Gabbert as the quarterback, not as the permanent solution but to give Kaepernick some free space to keep from over analyzing things and let his head clear.

He also needs to let his body just heal from the beating that he has gone through the season’s first four games. That could allow him to go back to being the athletic titan that he was when he started with the Niners. 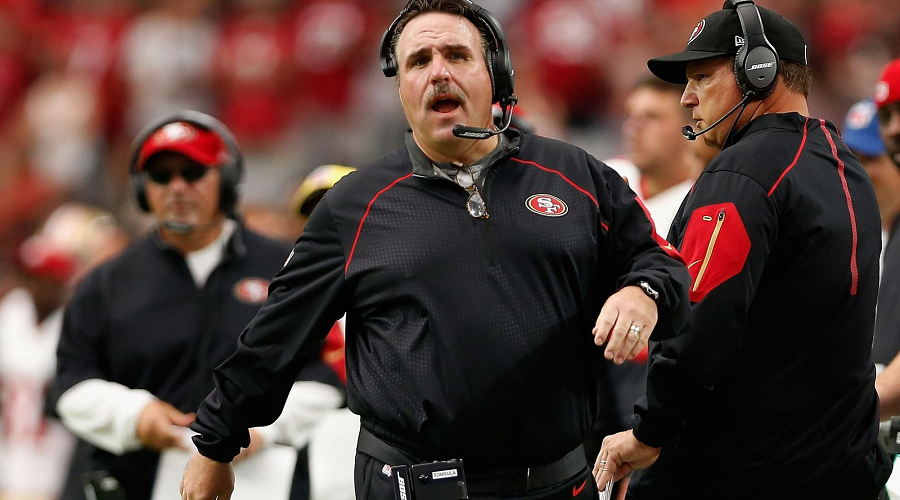 49ers head coach Jim Tomsula growled “Won’t even go into that discussion” when the question of benching Kaepernick came up at the press conference after the Niners’ latest debacle, a loss to Green Bay that dropped them to a 1-3 record. 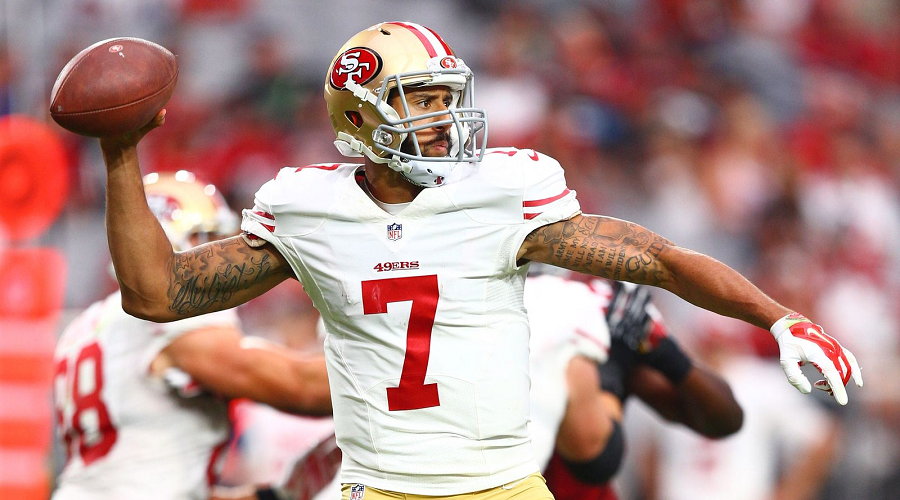 If you’ve seen the San Francisco offense, it did hum a bit in Week 1 against Minnesota. Since then, though, it has looked awful. Kaepernick did spend some time this summer fine-tuning his drop-back passing skills with Kurt Warner, but if you’ve seen the blocking that Kaepernick’s line has (or has not) been providing, you see that he doesn’t even have time to drop back and see the field. That’s probably why Kaepernick only had three completions against the Packers that traveled more than five yards past the line of scrimmage. When he tried to go deep to Anquan Boldin, the rush kept him from setting up, and the ball was underthrown and picked off by the Pack. 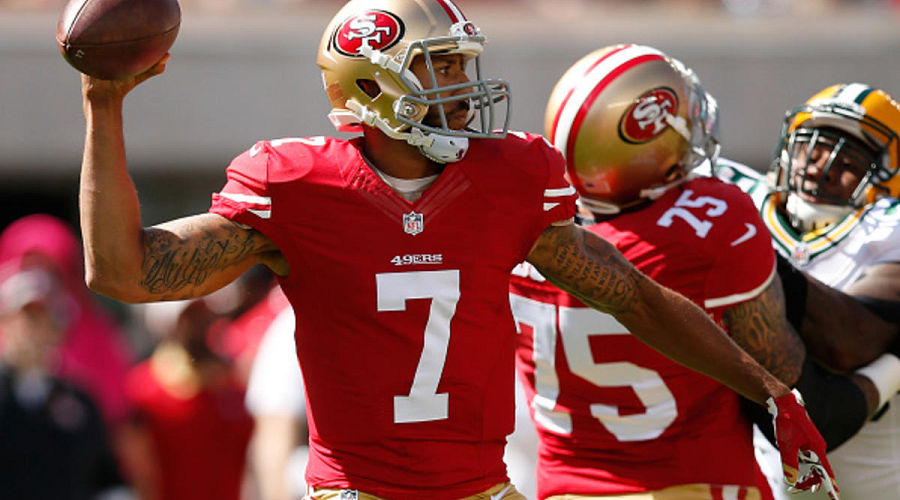 It’s not just Green Bay that harassed Kaepernick into bad decisions. In the last two games, Kaepernick has gone 6 for 19 on passes down the field – with four picks. For the 2015 season, Kaepernick has gone 72 for 116, for a completion rate of 62.1 percent. He has 727 yards, two touchdowns and five picks. He has been sacked 14 times, including six just from Green Bay. Over the course of a season, those numbers project to 2,908 passing yards (which would be his lowest ever), eight touchdowns (another career low), 20 interceptions (twice his career high) and 56 sacks (up from 52 last season), and his team would finish 4-12. Clearly, the offense is mired in chaos, and no one is making quick suggestions for improvement. 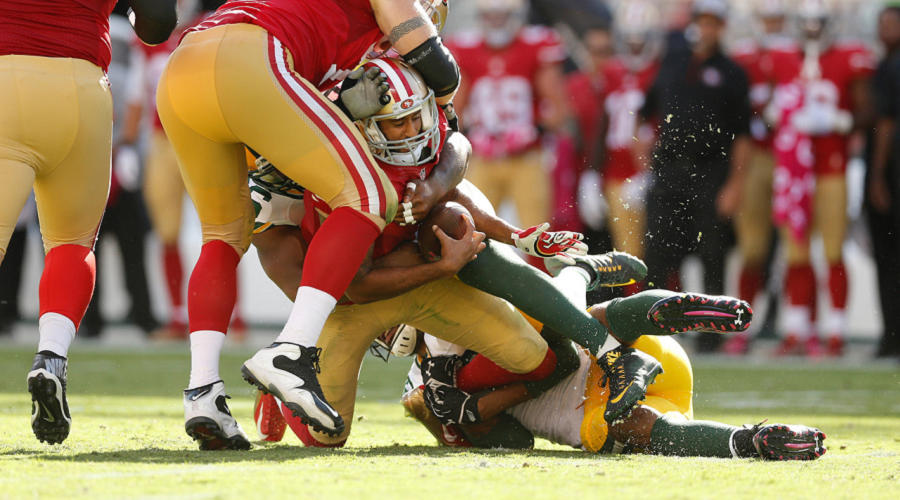 Kaepernick did admit some nervousness against Green Bay after his four-pick performance against the Cardinals that included two pick-sixes. However, that fear seems to have moved to his aim, too, as he bounced passes in front of receivers and sent them sailing into the sidelines. For now, Kaepernick really needs to clear his head so that he can return and contend.
Older post
Newer post