NFL News and Rumors
If you’re gearing up for the 2015 NFL betting season and you’re looking to gather as much pertinent information as possible on every team in the league, then you’re going to enjoy this expert analysis on the five burning questions surrounding the St. Louis Rams (6-10 SU, 7-9 ATS, 8-8 O/U) as they get set for the upcoming season.

Check out the top ten most viewed #Rams videos from the month of June. VIDEOS: http://t.co/bgl0o1JuJa pic.twitter.com/dIVsdd475v

How will Nick Foles fit in?

I see absolutely no reason why Nick Foles won’t succeed in St. Louis and outperform former quarterback Sam Bradford in his first season. Foles played phenomenal football in throwing 27 TD passes and just two interceptions for Philadelphia in 2013 and I believe he will bounce back from his injury-plagued 2014 season nicely.

Outside of veteran Kenny Britt, the Rams apparently need help in the worst way at the wide receiver position, seeing as how starter Brian Quick caught just 25 passes for 375 yards last season and No. 3 receiver Tavon Austin caught just 31 balls for 242 yards and a pitiful7.8-yard-per-catch average. 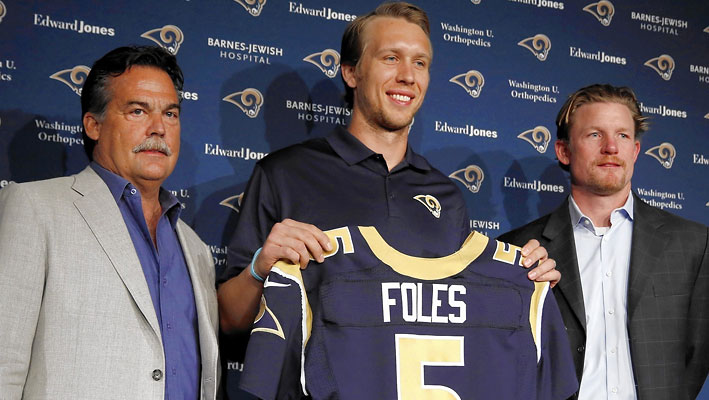 Not only did the Rams draft former Georgia superstar Todd Gurley 10th overall, but they added a trio of offensive linemen that will be opening up holes for him for years to come in former Wisconsin star Robert Haverstein, former Louisville standout Jamon Brown and former Iowa starter Andrew Donnal. If Gurley can stay healthy (no one can predict an ACL tear), I see no reason why he won’t reach the 1,000-yard plateau right off the bat.

Can the secondary match up with D-line?

In spite of owning arguably the  best defensive line in the NFL today, St. Louis was just mediocre on defense in 2014, finishing in the middle third in every significant offensive category including total offense (28th) and scoring (20.2 ppg, 21st).St. Louis didn’t really add anything to its defensive backfield this offseason either in the 2015 NFL Draft or via free agency. Having said that, I think the Rams’ quartet of defensive backfield starters and I believe they’re going to be even better in 2015 because of another year of experience if nothing else. One thing I will add though is that the Rams have three starting d-backs that all stand an identical 5-10 and that’s a bit on the short side in today’s NFL. 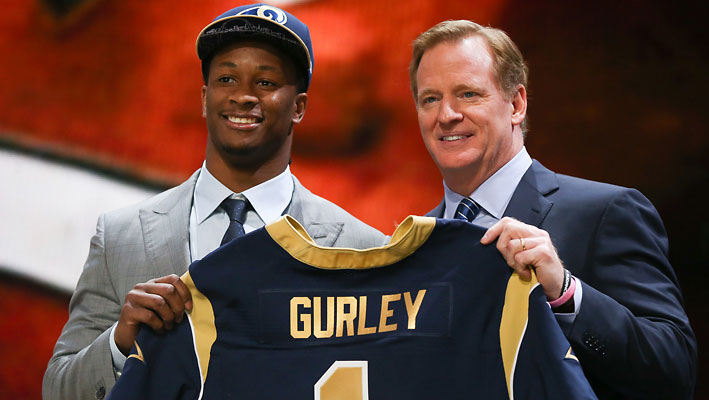 How long will Jeff Fisher last?

I like Jeff Fisher, but I’m thinking the veteran head coach will be done in St. Louis if the Rams don’t finally make a playoff appearance in 2015. Fisher has never won more than seven games in three seasons in St. Louis and I suspect that  both, Fisher and Rams front office management may be ready for a split of things don’t go well this coming season. Besides, in his last 10 season as a head coach, Fisher has recorded just two winning seasons (2007 and 2008).SourcesESPN.com (http://espn.go.com/nfl/player/stats/_/id/2977644/todd-gurley)Wikipedia.org (https://en.wikipedia.org/wiki/Jeff_Fisher)
Older post
Newer post