NFL News and Rumors
Elite players from the NFL will get together on Sunday, February 1st, to play in the honorary 2016 Pro Bowl game. According to Elias Sports, a record 133 players were named to the Pro Bowl this year, though only 86 of those players are set to play in the game, which kicks off at 7 p.m. ET in Honolulu. Having won last year’s Pro Bowl meeting, Team Irvin, captained by Hall of Fame wide receiver Michael Irvin, has been favored to win this year’s game by 2 points in the early NFL lines. Still, going by the Pro Bowl draft that was held as a two-hour TV special Wednesday night, the opposing squad—Team Rice, captained by Hall of Fame wide receiver Jerry Rice—looks the part of being able to end Team Irvin’s reign in the Pro Bowl. Below is a succinct look at this matchup, with the focus on this article being on Team Irvin’s odds to win the 2016 Pro Bowl. A separate article will be done after this to highlight Team Rice and its odds to win this NFL exhibition game. 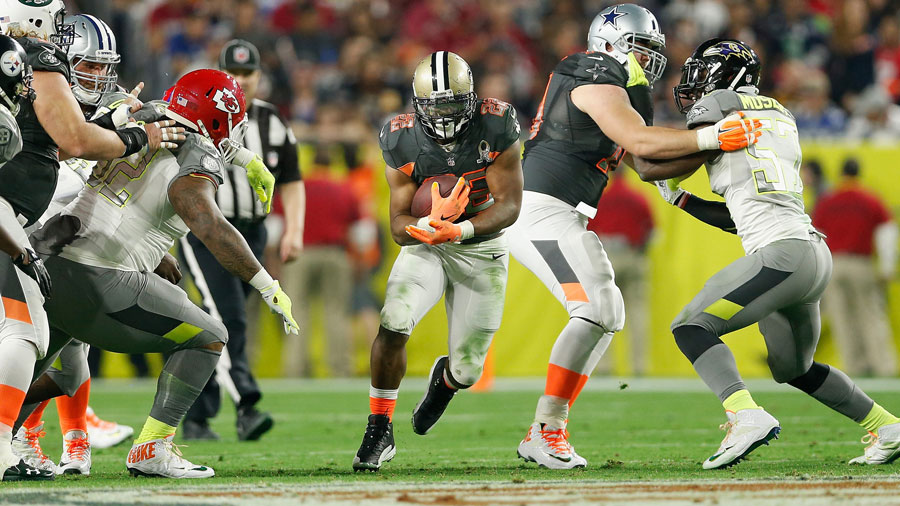 Of the top-6 Pro Bowl quarterbacks, Tom Brady, Carson Palmer, Aaron Rodgers and Ben Roethlisberger all withdrew because of ‘injuries,’ while Cam Newton is ineligible to play as he prepares for Super Bowl 50, which left Russell Wilson as the obvious choice for the first draft. Wilson was seemingly happy for the selection, so you can expect a good performance from him as he seeks to carry on with Team Irvin’s legacy. Teddy Bridgewater and Jameis Winston will be holding fort as Wilson’s backups and it remains to be seen which of the two young QBs will get most of the playing time.Remarkably, Team Irvin has a set of trustworthy offensive playmakers, led by Devonta Freeman, Julio Jones, A.J. Green and Todd Gurley. This should offer them balance offensively, both in running and passing the ball, along with the ability to make creative plays that will test Team Rice’s defense quite formidably.In the defense, Team Irvin includes the likes of Richard Sherman, Adam Jones, Carlos Dunlap and Reshad Jones, who all ranked among the best in their respective positions this year. After Irvin’s defense rode hot on the teams defense to win last year’s Pro Bowl 32-28 over Team Carter, the expectation is that his defense will play a crucial role in trying to stop Team Rice.

Whereas Team is loaded at skill positions, especially at wide receiver, Team Irvin has more balance on both sides of the ball, along with solid playmakers that can win the game quite comfortably. With that, Team Irvin (-2) should be a good value for both the SU and ATS, possibly scoring 30-plus points in the process, like last year.
Older post
Newer post