NFL News and Rumors
It hasn’t been that long since the NFC South was one of the toughest divisions in all of football. In 2011, the New Orleans Saints won the division with a record of 13-3, and the Atlanta Falcons grabbed a wild card with a 10-win campaign of their own. In 2010, three of the four teams won double digits – and the 10-6 Tampa Bay Buccaneers couldn’t get a spot in the playoffs. That team had Josh Freeman at quarterback and Mike Williams and LeGarrette Blount driving the offense – a team that would have knocked the 2014 Carolina Panthers off the top of the division.Now, of course, the NFC South is coming off one of the worst football betting seasons in recent history. The only reason why the champion Panthers even won a playoff game is that their opponents, the Arizona Cardinals, limped into town led by their third-string quarterback, the first two having gone down to season-ending injuries. No team in the division had a winning record, despite the presence of considerable talent on just about all of them.You may not remember this, but many people thought that New Orleans would be a contender for the Super Bowl last year, but that was before the Saints opened the season 1-3. However, no one ran off with the division. Atlanta did start 2-1 but then found themselves 2-6. Tampa Bay opened 0-3. Carolina started out 3-2-1 but then were 3-8-1 before they went on a streak to finish 7-8-1 – and win the division. Only one other team (the 2010 Seahawks, who went 7-9 and won the NFC West) had ever made the playoffs without a record of at least .500 over a full season. The division together had a winning percentage of .352 (pushed downward by that 2-14 record in Tampa Bay). That was the worst since 2008, when the NFC West had a collective .344 winning percentage but still produced a winner with a record over .500, the 9-7 Arizona Cardinals.Even so, only one team made a coaching change, as Atlanta sent Mike Smith packing in favor of defensive-minded Dan Quinn. Carolina basically made no changes in their front office or roster. Tampa Bay did bring in the #1 draft pick, Jameis Winston, as the heir apparent at quarterback. 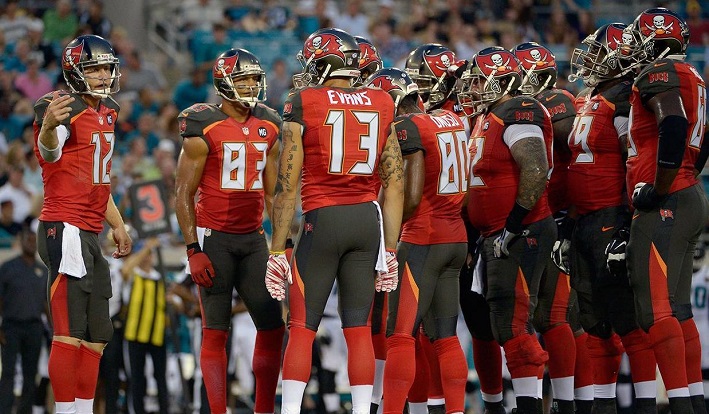 Tampa Bay seemed to have the most shell shock after that long season. Head coach Lovie Smith, who took the Chicago Bears to a Super Bowl, was shocked to see his first season in Tampa go this poorly. His quarterbacks – Josh McCown and Mike Glennon – teamed up to throw 20 picks and only averaged 226 yards a game. The defense does have All-Pros Lavonte David and Gerald McCoy – and should be better this season. The offensive line had added some talent but still yielded 52 sacks.The Saints have had to overhaul their culture, as the team looked like it had become a little bit entitled, surprising since this was the team Sean Payton and Drew Brees had overhauled from an annual loser to an annual contender. The team is taking its attitude back to 2006, when the makeover began. It’s hard not to like the Saints to win this division, but it’s silly to ever count Cam Newton out of anything.Sources:Rotoworld.com (http://www.rotoworld.com/player/nfl/9376/jameis-winston)Sports.Yahoo.com (http://sports.yahoo.com/nfl/players/5479/)
Older post
Newer post