NFL News and Rumors
If you’re looking to increase your chances of cashing in on Joe Flacco and the Baltimore Ravens as they navigate their way through the remainder of the 2015 NFL betting preseason and into the regular season, then you’re going to need to gather as much information about Baltimore as possible – and that’s where I come in.You see, I’m going offer up three expert insights on the Ravens following their entertaining 30-27 Week 1 preseason win over New Orleans that could go a long way toward helping you cash in on Baltimore all season long.With that said, let’s get started.

Okay, so we all know that former Bears head coach Marc Trestman failed miserably in his two seasons in Chicago while compiling an underwhelming 13-19 record that concluded with the longtime NFC North residents going 5-11 last season.Having said that, I’m also confident in saying that Trestman possesses one of the best offensive minds of his era and that he is a top-five kind of offensive coordinator whose talents are going to make Joe Flacco and Baltimore’s offense far more explosive than they’ve ever been. 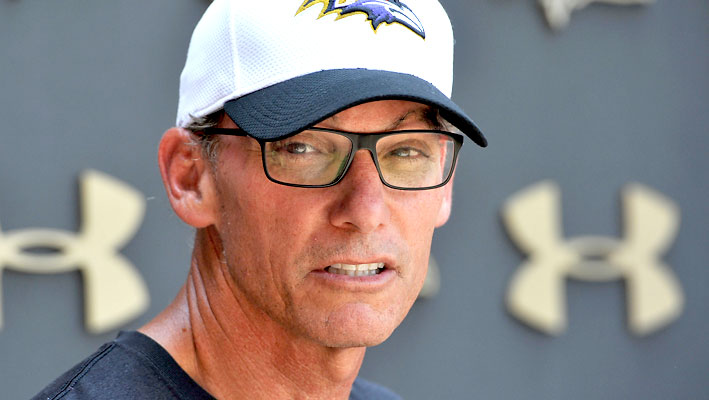 Case in point…Flacco completed hit 5 of 6 passes for 33 yards while leading the Ravens on a 16-play, 80-yard scoring drive that running back Lorenzo Taliaferro ended with a 1-yard scoring burst.Hell, even veteran backup Matt Schaub shined in Trestman’s offense, going 11 for 18 for 134 yards with an interception and a sweet, 45-yard touchdown strike to rookie wide receiver Michael Campanaro.

The Ravens traded up to nab tight end Maxx Williams in the second round and I can see why! The former University of Minnesota star is much faster than he looks and far more athletic than you’d ever imagine.Williams is apparently a playmaker of the highest caliber, having recorded either a first down or a touchdown on a stunning 77.7 percent of his catches last season at Minnesota(28 of 36). 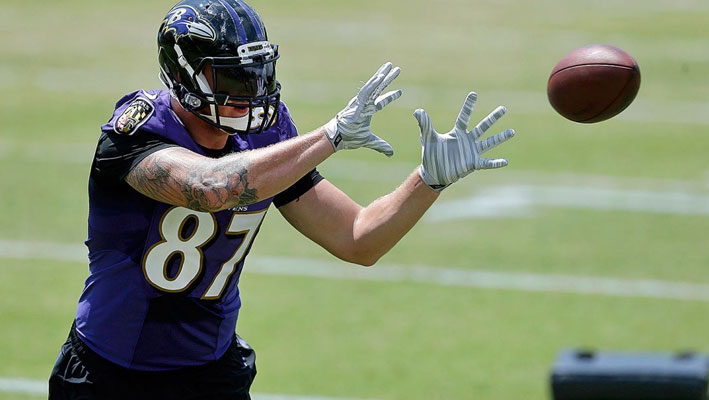 On Thursday night, Williams flashed that ability against the Saints when he took a short pass in the fourth quarter and turned it into a huge gain that would end up as the biggest play of the game.  About five yards short of the first-down marker, Williams started to go airborne over cornerback Travis Manning until he decided to make an adjustment at the very last second.“I bailed on [the leap] early,” Williams said. “I saw it was a bad angle, and I saw a guy coming from the side. So midway through the leap, I was like, ‘Oh God.'” Williams eluded Manning and collided with Saints defensive back Pierre Warren before carrying him forward to convert the first down.With the Ravens trailing 27-23 with just 36 seconds remaining, the 22-yard grab was huge for Baltimore as it kept their comeback hopes alive – and a half-dozen plays later, third-string quarterback Bryn Renner scored the winning touchdown on a one-yard run.“That was unbelievable,” tight end Crockett Gillmore said of Williams’ clutch play. Williams wasn’t scheduled to start right away for Baltimore this season, but he very well could. “That reminded me of that highlight play from college,” coach John Harbaugh said. “When he got the ball, I was thinking, ‘we’re going to need a play like that right now to keep this game alive.’ And, he came up with it. It was good to see.”

Ravens Are Draft Mavens…and Za’Darius Smith is a Monster 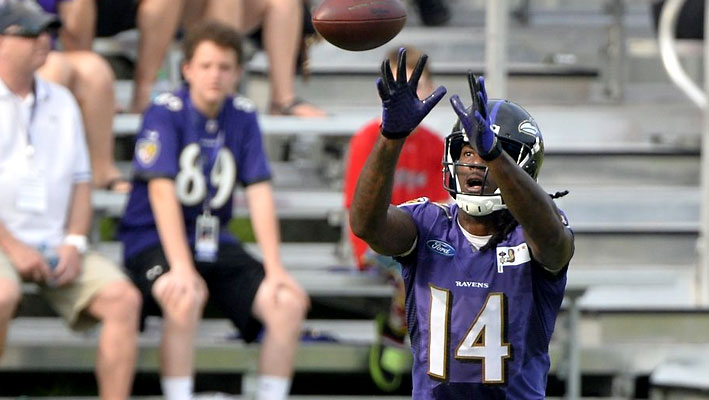 Even though first round draft pick Breshad Perriman sat out of Baltimore’s preseason-opening win over New Orleans on Thursday night, it goes without saying that clearly, the Ravens and their scouting department know what they’re doing.Not only is Perriman going to be a starter for the Ravens at some point in the near future, but Baltimore hit the jackpot is a huge way by drafting tight end Maxx Williams in the second round, defensive tackle Carl Davis in the third round and most impressively, defensive end  Za’Darius Smith in the fourth round.Williams and Smith had monster performances in Baltimore’s preseason opener against New Orleans. While you just read about Williams’ exploit, you should also know that Smith recorded four tackles, one sack, two quarterback hits and one batted-down pass against the Saints, all after switching from a defensive lineman in college to a linebacker with Baltimore.“It’s way different from college with my hand in the dirt,” Smith said. “Just getting a feel for it. It was awesome. I can see more things by standing up in the two point.”Smith’s five quarterback hurries were tied for the third-most in Week 1 of the preseason.“We’re not going to lavish praise on anybody in the first preseason game.,” coach John Harbaugh said when asked about Smith. “All the rookies played well. There was nobody that disappointed us that played, and we’re counting on those guys to play big roles for us. But we have a lot of work to do before Denver rolls around.”SourcesPro-Football-Reference.com (http://www.pro-football-reference.com/coaches/TresMa0.htm)BaltimoreSun.com (http://www.baltimoresun.com/sports/ravens/ravens-insider/bal-breshad-perriman-gets-mri-20150818-story.html)
Older post
Newer post