NFL News and Rumors
Coming off a winning 9-7 season that saw them narrowly miss out on the NFL playoffs, Coach Andy Reid and the Kansas City Chiefs have their eyes set on an improved season, including a spot in the 2016 NFL playoffs. Are the positive offseason developments in Kansas City worthy of catapulting the Chiefs to January games? Well, let’s find some plausible answers in the expertly Kansas City season preview with NFL odds prepared for you below.

Including the 9 wins from last season, Kansas City has combined for a 20-12 mark over the past seasons, making back-to-back records above the .500 mark. Essentially, that is probably the reason Oddsmakers chalk Kansas City’s 2015 season win total line at 8.5 wins. Logged at the tough top-heavy AFC West division and a 7th-hardest schedule in the NFL in 2015 (going against opponents with a winning percentage of 0.545 from 2014), it is guaranteed to be another tough going for Reid’s boys.Even so, the Chiefs similarly had a 7th-hardest schedule in 2014 (with a slightly tougher winning percentage of 0.559), yet they managed to come out with a winning 9-7 mark. Finding a way past this year’s schedule and going above the set 8.5-win mark should thus be equally possible. Plus, the Chiefs have recorded OVER season totals in their last two years and gone 5-2 OVER against Vegas season win totals over the past seven years, so compiling another OVER season looks highly likely.  More importantly, NFL’s Draft expert Bryan Fischer gave Kansas City an overall grade of A- for their excellent draft picks in 2015, including CB Marcus Peters (#18 overall), C Mitch Morse (#49 overall), WR Chris Conley (#76 overall) and CB Steven Nelson (#98 overall). With the majority of the highly-ranked draftees likely to be integrated in the Chiefs’ system in 2015, some considerable improvements can be expected from the team, more so on offensive line.Meanwhile, the Chiefs have a serviceable franchise quarterback in Alex Smith, a resourceful receiver in Jeremy Maclin (who was signed from the Eagles after his 85-catch, 1,318-yard, 10-TD performance in 2014), a solid runner in RB Jamal Charles and one of NFL’s best linebackers in Justin Houston (who led the league with 22 sacks last year). Added to the balanced variety of talent across Kansas City’s roster, there is certainly a lot to hope for in the 2015 Chiefs team.

Possible Challenges for Kansas City in 2015 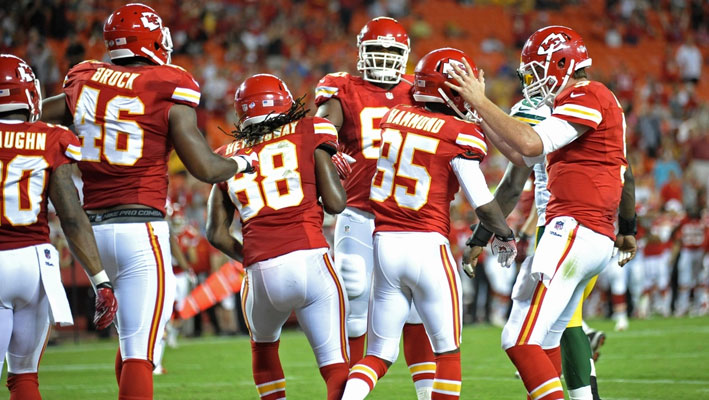 Starting us off here, there is the aforementioned obvious difficulty posed by Kansas City’s tough 2015 schedule and the jagged nature of competition in the AFC West (constituting Denver, San Diego and the surging Raiders).But even more concerningly, the Chiefs have had a recent tendency of starting the season strongly but finishing poorly. In 2013, they finished the season on a 2-5 run while they finished on a 3-4 run in 2014. With a schedule that includes Detroit, Denver, San Diego (twice) and Baltimore all coming after Week 7, the Kansas City Chiefs must find a way of starting the season and striving to maintain consistency to the very end of the season, as any lapses in concentration (especially in the second half of the season) could cost them heavily. 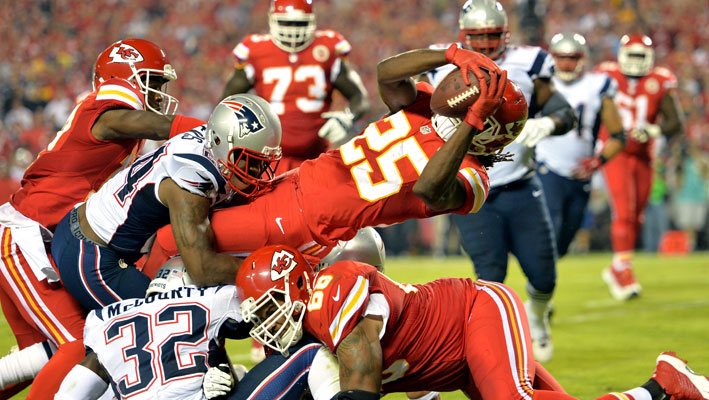 The Chiefs have been a good team for a long time and that reputation won’t be changing this season. The new additions to the team will particularly be crucial in helping them maintain consistency. However, the bottom line is that the Broncos and Chargers are a shoulder above the Chiefs in skills and strengths, which is likely to limit Kansas City’s overall efficiency. In turn, this could affect the eventual win-loss mark for the Chiefs who were just 3-3 in the division last year. Additionally, the Chiefs lost crucial and experienced pieces in the team, including Dwayne Bowe, Donny Avery and A.J. Jenkins, meaning the team has some rebuilding to do with its new recruits and newly-signed free agents.On the account of their win-some, lose-some roster changes, their tough slate of games for the new season, and the rigorous competition in the AFC West, the Chiefs are an iffy team to predict, as there are good reasons for them to improve just in the same way there are solid reasons for them to regress. Therefore, rather than give picks for the Chiefs, we’ll lay our best cards on the table and let you pick what looks most appealing to you. 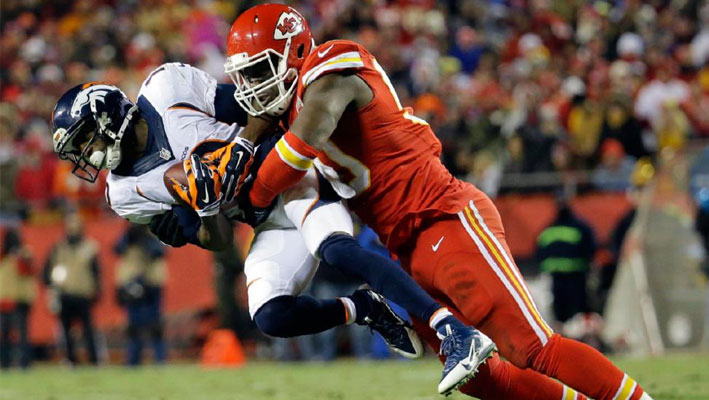 Going by the analysis given herein, we strongly believe the tight race for the playoffs in the AFC West (and AFC conference in general) will most likely prevent the Chiefs from winning the divisional title or even making a cut for the playoffs, so it would be best to avoid the Chiefs on the odds to win the 2015-16 AFC West title, odds to win the AFC conference title and odds to win Super Bowl 50.As for the season win totals, the Chiefs could collect another 9-7 mark or maybe even exceed it slightly to go 10-6, at best. However, the likelihood of a regression (an 8-8 or 7-9 mark) looks most probable. All in all, the ball is on your court, so you can pick either above 8.5 mark or below it, depending on what feel confident about. Whichever way you decide to go in the NFL betting lines, we wish you all be best.Sources:ESPN.com: http://espn.go.com/nfl/team/_/name/kc/kansas-city-chiefsSFbaysuperbowl.com: http://www.sfbaysuperbowl.com/
Older post
Newer post