NFL News and Rumors
Since winning the NFC East title in 2009 and earning a berth to the playoffs, the Dallas Cowboys have been silent, failing to win the divisional crown or qualifying for the playoffs for 4 straight years. All that, however, changed in 2014, as the Cowboys exploded for a 12-4 run in 2014, thanks to their solid offense. The 12 wins were good for the best mark in the division and a spot in the playoffs. But with Dallas losing some players in the offseason and teams like the Philadelphia Eagles, New York Giants and Washington Redskins looking all improved their NFL odds and are now worthy contenders for the NFC East title, Jerry Jones and his team will have to dig really deep if they are to stay afloat in the competitive NFC East division. So here are our predictions on what to expect from Dallas in the 2015:

The Status Quo and the Way Forward For Dallas in 2015

After a disappointing 2013 season where they finished with an 8-8 record, the Dallas Cowboys had a solid bounce-back season, finishing the 2014 NFL season on a 12-4 mark, including league’s only perfect road record (8-0 on the road). Had the Cowboys posted a better record than their 4-4 mark at home, they would have probably finished with the best overall record in the league and even gone further to do better in the playoffs. But as it turned out, the Cowboys could only manage to sail as far as the divisional playoffs, where they were eliminated by the Green Bay Packers, albeit some controversial calls.Repeating another defeat-less road record in 2014 looks very unlikely, so if the Cowboys are to have a solid 2015 campaign, they will need to make their home stadium the fortress where they earn their bread and butter. To support the importance of winning big at home, history indicates that all the recent teams that have swept their home games have been largely successful, especially in regards to winning divisional titles and qualifying for the playoffs. 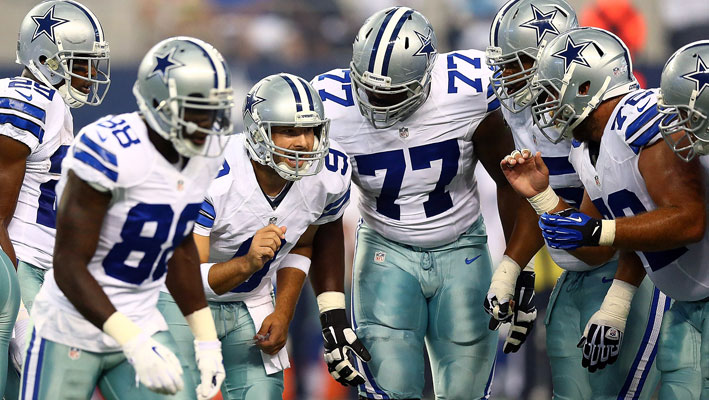 For example, in 2014, both the Broncos and Packers went 8-0 at home and ended up winning their divisions as well as becoming the top-two seeds in their conference, each of them earning easy playoff berths. In 2013, two of the three teams that went 8-0 at home (New England and New Orleans) both won their respective division titles, while the third team (the Bengals) earned a playoff berth as a wild card team. And in 2012, the Seahawks were the only team to go 8-0 at home, which helped them earn a playoff berth as a wild-card team because San Francisco won the division title. So in short, the AT&T Stadium (Arlington, Texas) will have to be an intimidating place for visiting teams if Coach Jason Garrett and the Cowboys are to do it big in the upcoming season.

Dallas Roster Depth and Schedule for 2015 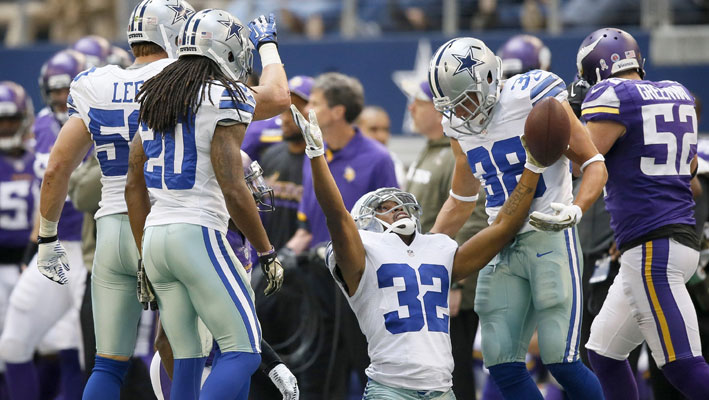 Like most teams in the league, the Cowboys have lost a couple of players and gained some in the offseason. Generally speaking, there haven’t been any glaring losses, maybe with the exception of losing RB Dallas Murray to divisional rivals, the Philadelphia Eagles, which could end up becoming a double punishment for the Cowboys. However, if RB Joseph Randle can play as big as he talks, then there shouldn’t be too much to worry about, especially with the good number of Dallas players tipped to have a breakout season in 2015.Even more favorably, the Cowboys will be playing a softer schedule than that of last year. In 2015, Dallas will be going against a schedule that ranks 24th in toughness out of the 32 teams in the league (6th easiest), which is easier than the 18th toughest schedule they played in 2014. With a veteran quarterback in Tony Romo, one of the best wide receivers in the NFL in Dez Bryant, and a couple other solid pieces on both ends of the field, the Cowboys should be good enough for another double-digit win season, and maybe even the NFC East title if they can keep the Eagles and Giants in check. 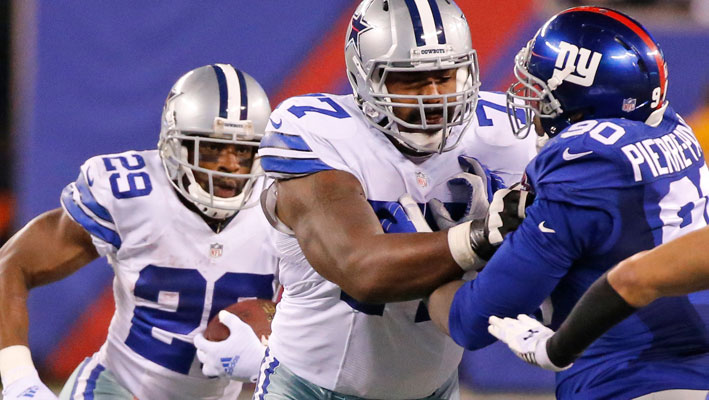 Considering the analysis given above, here are our bold and best picks for Dallas in 2015:• Home Record: 6-2, with home losses to Philadelphia and Seattle. Note that if Tom Brady is available in the Week 5 game between Dallas and New England Patriots at AT&T, then the Cowboys will probably lose that game as well, making the record 5-3 at home, but if he is suspended, then the 6-2 home record will stand.• Road Record: 5-3, with road losses to Philadelphia, New Orleans, Green Bay• Dallas Projected Final Record in 2015: 11-5• Dallas Season Total Win Pick: Over 9.5 (-150, MyBookie.ag)• *Pick on Odds to Win the 2015-16 NFC East title: Dallas (+130, MyBookie.ag). The only reason we have the Cowboys as the pick here is their strong quarterback. Things could, however, change if Kelly finds a solid offseason solution in the QB department. 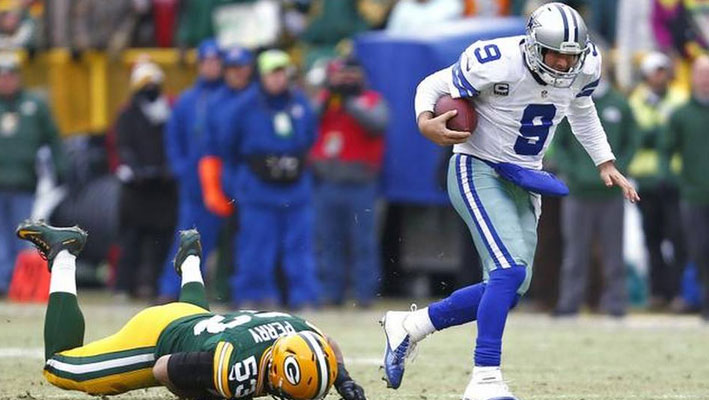 In regards to the playoffs, there Cowboys certainly have a shot at making a cut for the NFC postseason games. However, the reality is that the Cowboys are not a team worthy of being trusted in the playoffs, as they often shoot themselves in the foot. Explicable, since the Cowboys won the Conference Championship in 1995 and went on to win the Super Bowl in that year (Super Bowl XXX), the team has made eight playoff appearances (1996, 1998, 1999, 2003, 2006, 2007, 2009, 2014) but failed to win any other NFC Championship game or reach the Super Bowl game for that matter. So, unless they are able to prove their worth during the regular season, you would probably be better off avoiding Dallas in the odds to win the 2016 NFC Championship game or even the odds to win 2016 Super Bowl. However, for all you diehard Cowboys fans that may still be interested on betting on your team now, Dallas is favorably selling at +1100 to win Super Bowl 50 and +550 to win the 2015-16 NFC Championship. Sources:ESPN.com: http://espn.go.com/nfl/team/_/name/gb/green-bay-packersYahooSports.com: http://sports.yahoo.com/nfl/teams/nwe/
Older post
Newer post