NFL News and Rumors
Let’s talk about quarterback Ryan Tannehill and the Miami Dolphins (8-8 SU, 7-9 ATS, 8-8 O/U) as they get set for the upcoming 2015 NFL betting season and head to their annual training camp!

Is Ryan Tannehill the real deal?

I’m gonna’ say…hell-to-the no!I’m not a big fan of Tannehill’s and I still don’t understand why Miami paid the former Texas A&M signal-caller like he’s one of the best quarterbacks in the league, when in reality, he’s mediocre at best.Don’t believe me?Then you should know that Tannehill has compiled an unimpressive 23-25 record as Miami’s starter since being drafted eighth overall in 2012 and that he’s yet to have a season where he hasn’t thrown double-digit interceptions.While Tannehill is coming off his best season as a pro after completing a blistering 66.4 percent of his passes for 4,045 yards with 27 touchdowns and a dozen interceptions, I don’t believe he’s worth the $100 million Miami foolishly paid him this offseason – at least, not just yet.

How much will Ndamukong Suh impact the defense? 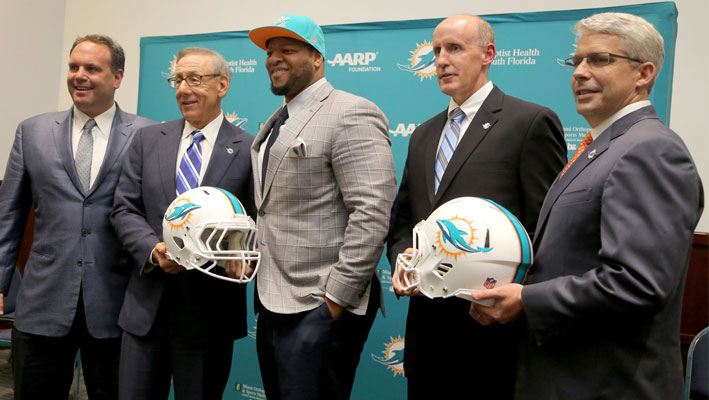 I don’t need to write down any career stats for the dominant Ndamukong Suh, simply because they would never tell the full story on the often-enigmatic defensive tackle.What I will say is that Suh is the kind of player that automatically makes everyone around him better – when he’s not being suspended for stomping on or kicking some fallen opponent that is.The bottom line is that Ndamukong Suh is undoubtedly the ‘scariest’ player in the NFL and a guy that no one wants to meet in a dark alley. 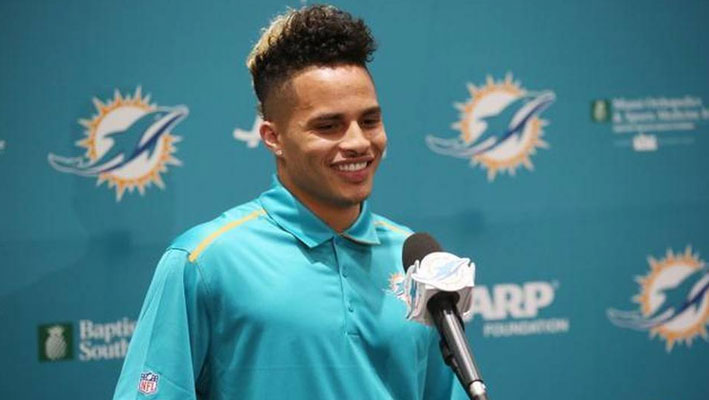 Okay, NFL followers everywhere know the name of former Green Bay Packers star Greg Jennings and most know that Miami drafted a player that has tons of potential in Louisville wideout DeVante Parker, but how familiar are you with Kenny Stills and backup Rishard Matthews? I like Miami’s offseason additions at the wide receiver position, but somehow I suspect that they won’t improve on their 17th-ranked passing attack in 2014, very much this coming season. Besides, if you didn’t know, my wife’s got a stronger throwing arm that Ryan Tannehill.

What’s up with the rushing attack? 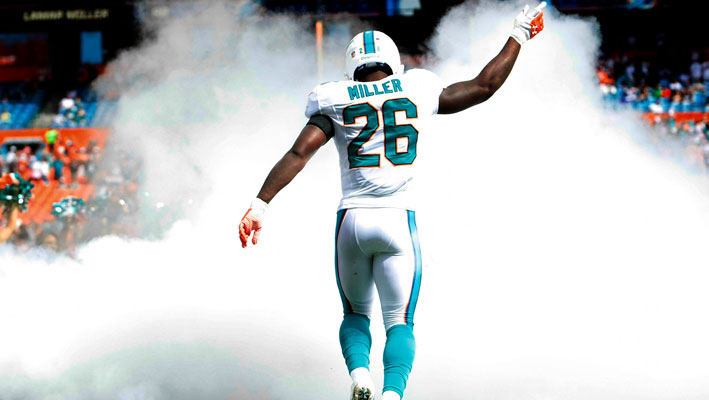 I personally like Lamar Miller (1,099 yards) and his career, 4.6-yard-per-carry average suggest that he could be a prime time performer with more carries. However, I’m not overly impressed with Miami’s backup running back of combination o Damien Williams and LaMichael James, though I will admit Miami could have gotten a steal in drafting former Boise State star Jay Ajayi.

Is Joe Philbin on the hot seat? 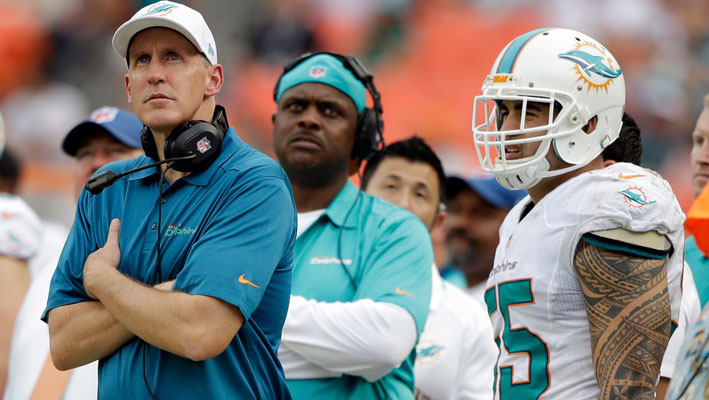 Um…yeah, he’d better be.Philbin has compiled a discouraging 23-25 record since taking over as the head coach Miami in 2012. A 7-9 campaign in his first season has been followed by a pair of average 8-8 seasons the last two years. What really bothers me about Philbin’s coaching though is that Miami fell completely apart in 2012 and 2013 late in the regular season when they had very solid chances of reaching the postseason.Oh yeah… Joe Philbin is most definitely on the hot seat. Sources:ESPN.com: http://espn.go.com/nfl/player/stats/_/id/16016/kenny-stillsNFL.com: http://www.nfl.com/player/lamichaeljames/2533036/profile
Older post
Newer post