NFL News and Rumors
Football betting action on this one is producing some interesting spreads, given what’s been going on in the off-season. The Buffalo Bills are favored to host the Colts and win by three points. Given what we know about the Indianapolis Colts, that will be a difficult result to pull off.Why is that? Don’t forget that the Indianapolis Colts made it to the AFC Championship last season. Under quarterback Andrew Luck, the team has progressed one round further into the postseason each year. It is true that the Colts were taken to the woodshed by the Patriots in a 45-7 blowout, but this is still a young team with a ton of potential. Adding Frank Gore to the offense should shore up a running game to take a little pressure off Luck and give the team more of a three-dimensional look that will keep pass rushers from pinning their ears back, as they have to respect the fact that a draw play or a screen pass to Gore could really blow the doors off the game.

Now, it’s true that the Bills have a brand new coach – and a brand new philosophy coming into town. The arrival of Rex Ryan in town gives the Bills their biggest head coaching name since Marv Levy took the Bills to four consecutive Super Bowls. It’s also true that Ryan has pulled down a number of skins in his tilts against the New England Patriots and their coach Bill Belichick. However, it’s been a long time since the Jets dominated the Bills, and there are some major holes that the Bills have to address.The rushing game in Buffalo should be pretty good with LeSean McCoy coming over in the Philadelphia trade. With Ryan’s defense-first philosophy, what already was a pretty stout attack in Buffalo (remember, they were one of the few to beat Green Bay in 2014) should get even more of an attitude. However, the question of who is going to play quarterback – no one thinks that EJ Manuel is ready to take a team to the promised land – is the biggest unanswered conundrum rolling around upstate New York.Last year, the Colts (notwithstanding those blowout losses to Dallas in the regular season and the New England Patriots in the AFC Championship) had a solid pass defense, limiting teams to 217 yards per game. Their overall defense (23 points per game) was OK. The Colts also do a good job forcing fumbles, and the fact that the Bills haven’t done that well historically protecting the ball could come into play. On the offensive side, the Colts have that stellar passing game and could put up some points. 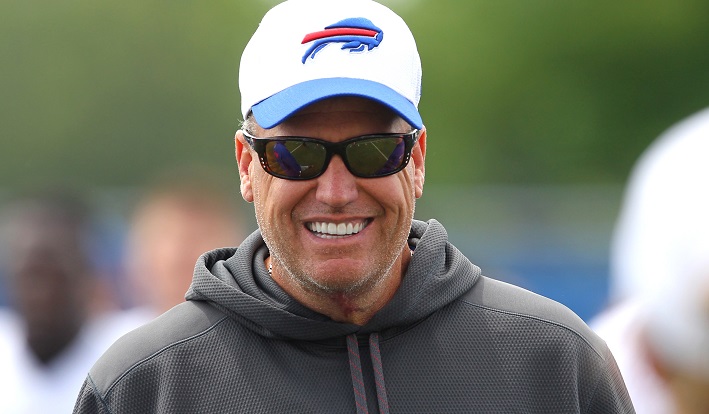 The Bills were already known for their defense before Rex Ryan came to town. They generate a lot of sacks and are average at forcing turnovers, so they could cause some problems for Andrew Luck. But will the defense be enough to carry the Bills to victory over Andrew Luck’s crew? This is an early season game for the Colts, and as a young team on the road they could founder. However, I expect them to move the ball well enough against the Bills to counteract the little offense the Bills will muster. So I would pick the Colts against this line, as there will be enough hunger on this team to compensate for the embarrassment that took place when they were last on the field. The total points (44) for the over-under seems a little high to me, especially since Buffalo won’t be able to keep pace in a barnburner, so the under might be a solid play as well.
Sources:NFL.com (http://www.nfl.com/player/leseanmccoy/79607/profile)Wikipedia.org (https://en.wikipedia.org/wiki/Rex_Ryan)
Older post
Newer post