NFL News and Rumors
In Week 1 of the 2015 NFL betting season, the St. Louis Rams host the Seahawks. The Rams defeated the Seahawks once last season, but the fact that the Seahawks will already have an immense chip on their shoulder as a result of that last-second loss to New England in Super Bowl XLIX should mean that the Seahawks will roar out to a big win over this division foe. The line is at 1 ½ points, and the total points sits at 41 ½, but taking the Seahawks to win should bring in some cash.The Rams will roll into Seattle with a new quarterback at the helm: Nick Foles, who came from the Eagles in a trade that sent oft-injured signal caller Sam Bradford east. Foles has shown some signs of promise but missed much of the 2014 season with a broken collarbone. Bradford won the NFC Offensive Rookie of the Year award during his first season, but since then he has missed extended time to a series of injuries, including tearing the same ACL in his knee twice.

The 1st look at our 2016 swimsuit calendar cover! pic.twitter.com/jwe0uoYzYQ

The Seahawks return much of the same team that made it to the Super Bowl last season. It’s worth arguing that this is a far cry from the same squad that ran the Denver Broncos out of the stadium in Super Bowl XLVIII, as it took an unbelievable collapse by the Green Bay Packers in the NFC Championship last year to get Seattle even into the title game. However, it’s a good bet that Marshawn Lynch will come out of the gate angry, as will defensive back Richard Sherman. The team has added Jimmy Graham from New Orleans, a tight end who will shore up blocking and the interior passing game.What do the Rams do well? They force turnovers – particularly fumbles. This is what kept them in so many games – and delivered them some of their shocking wins in 2014. The Seahawks do an average job of holding onto the ball, but the Rams should be able to get at least a couple balls on the carpet. In 2014, the Ram offense was average at best – it was defense and special teams that kept the Rams in so many of their tilts. With Foles at the helm, it will be interesting to see what such a skilled game manager can do for the team. The Rams also create a fairly good pass rush – and the Seahawks’ offensive line showed last season that it can be a bit porous. This should create some opportunities for the Rams to make Russell Wilson move around – which should be good as long as the Rams provide containment. 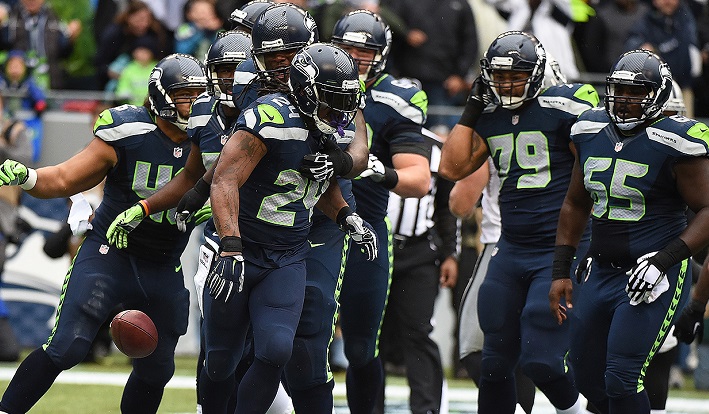 What can the Seahawks do? They can run the ball up and down the field, especially against an average rushing defense like the one that the Rams have. They put up 22 points a game last season, so they should be able to put up points against the Rams in Week 1. The Seahawks are also excellent at forcing fumbles – and they’re also pretty good at forcing fumbles. If there is any team that you don’t want to engage with in a turnover battle, it’s the Seattle Seahawks. They also rush the quarterback fairly well – and Foles is not the picture of mobility. So if the defense comes out inspired, this could be a long day for the Rams.So will this be a repeat performance from last year, when the Rams went into Seattle and came out winners? Don’t expect it to happen this time. Last year, the Seahawks turned the tables and took care of business in Week 17. Look for that focus to remain in place in Week 1.
Sources:ESPN.go.com (http://espn.go.com/nfl/player/_/id/10456/marshawn-lynch)NFL.com (http://www.nfl.com/teams/seattleseahawks/profile?team=SEA)
Older post
Newer post