NFL News and Rumors
The Seattle Seahawks, the defending NFC Champions, will close out the preseason with a Thursday night road game against the Oakland Raiders, who have been one of the worst NFL teams in the recent years. Both teams have won just a single game out of the three games they have played this preseason and a win for either team in this week’s NFL lines and odds will be a big boost of momentum heading into the new season.Venue: CenturyLink Field, SeattleDate: Thursday, September 3, 2015Time: 10:00 PM ETTV: KTVU (FOX/2 – San Francisco/Oakland) and KCPQ (FOX/13 – Seattle)

Tomorrow we wrap up the preseason against the @raiders. Know your opponent with this preview. VIDEO [http://t.co/WVLSisXxPX] #OAKvsSEA

Betting on the Raiders

The Raiders are coming off a 23-30 loss to the Arizona Cardinals and are expected to rest starting QB Derek Carr, who completed 18 of 34 for 213 yards with one interception against the Cards. This means that backup QBs Christian Ponder and Matt McGloin will be stepping up to lead the Raiders offense against the mean Seattle defense. Despite losing in the previous game, McGloin completed 11 of 15 passes for 114 yards and a TD, Trent Richardson averaged nearly four yards on five carries, while first-round pick Amari Cooper impressively led the passing offense, posting a game-high 62 receiving yards on four catches. Though it won’t be easy going against Dion Bailey and the Hawks defense, the McGloin and his weapons should have the confidence of sticking it out to Seattle throughout the game. 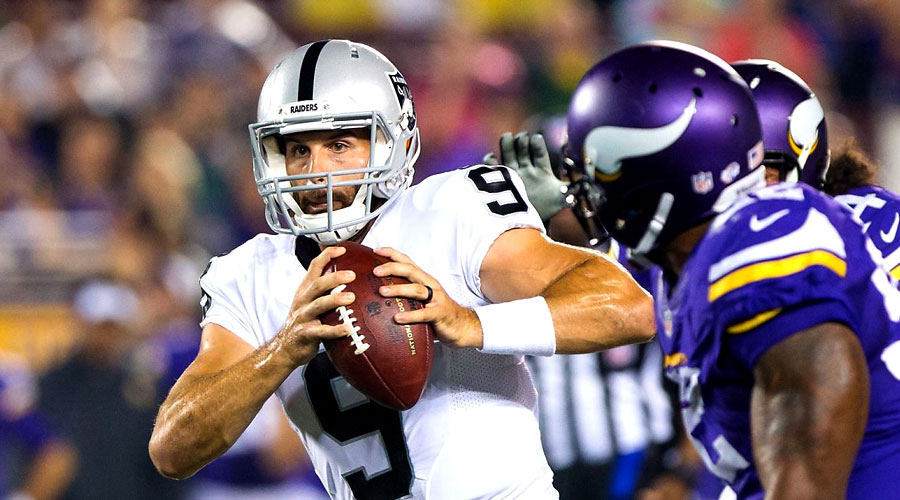 On the opposite side of the ball, the Raiders turned in a strong performance against Arizona’s talented offense. Malcolm Smith finished the game with nine tackles while Khalid Mack recorded three tackles, two sacks and forced one fumble. Mario Edwards also provided a strong play along the D-line with two sacks. If we can see a similar performance against the Hawks, especially on the running game, an unlikely upset could be in the books for Oakland fans.

Betting on the Seahawks

The Hawks are coming off a tight last-minute 16-15 win over the San Diego Chargers. They will be hoping to play with more comfort this time round in their backyard, as they seek a first 2015 preseason win at home. With Russell Wilson scheduled to skip this game, backup R.J. Archer could see all of the reps in this contest. Archer completed 7 of his 14 passes for 55 yards in his previous game against the Chargers. 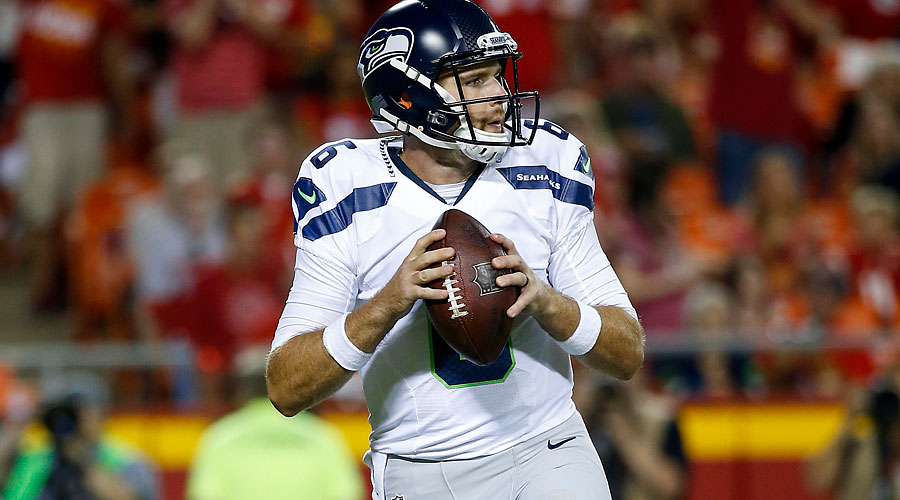 Christine Michael has looked sharp in his limited role for the Hawks, rookie Tyler Lockett continues to impress offensively every time he steps up in the field of play. The two offensive weapons, along with other youngsters, will have to a chance to improve even further, as the Hawks endeavor to trim their roster over the weekend.On the D-line, Bailey led the Hawks with six tackles against the Chargers while Tyrell Adams had a pass deflection and Jordan Hill had a sack. There are bound to be a number of changes in the defense this week, but that shouldn’t be a big worry for Seattle fans, who are well aware that a strong defense has been the team’s bread and butter, whether or not the starters are on the field.

Although the Raiders have a decent QB backup depth than the Hawks, it is expected that the Hawks will give this game their best punch, as they seek to record their first preseason home win. Therefore, even with their ugly backup offense, the defense should be able to help them in grinding out a winning result, mainly through field goals. Nonetheless, going above the 35-point total should be possible, considering both teams are well capable of frustrating the opposing backup defensive units.SourcesESPN.com (http://espn.go.com/nfl/player/_/id/13966/christian-ponder)Wikipedia.org (https://en.wikipedia.org/wiki/R._J._Archer)
Older post
Newer post