NFL News and Rumors
Even though Chicago Bears rookie is currently being held out of practices because of an undisclosed injury, his status is day-to-day, which means that the league can still expect to see this phenom on the field when the NFL betting season opens in September. Currently, White is competing for that fourth wide receiver spot on the team, behind Eddie Royal, Alshon Jeffery and Marquess Wilson. According to Bears quarterback Jay Cutler, White is picking up the offense quickly and has a bright future ahead of him with the team.At the May rookie minicamp, White stood out – literally – as a 6’3” receiver well above the crowd. Bears offensive coordinator Adam Gase is definitely in White’s corner, endorsing him soon after the wide receiver came to Halas Hall shortly before the draft. In their conversation, Gase learned that White knew how to look for checks – and that he would be able to run the entire route tree that the Bears have in their system. The Bears also like his body control, speed and explosion off the ball.  Currently, the Bears record for receptions by a rookie is 45, set both by Johnny Knox in 2009 and Harlan Hill in 1954. For this to occur, though, White has to build a solid connection with Cutler. Building that trust between quarterback and receiver means that when the quarterback is in trouble, he’s not hesitant about whizzing the ball across the field to that receiver. 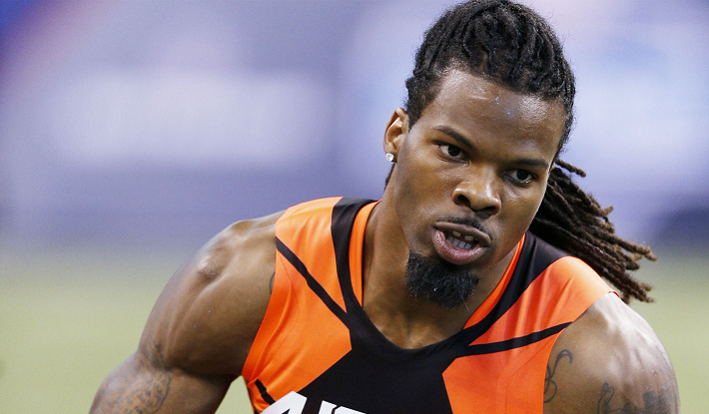 The Chicago Bears are a good team for White to come to in search of rookie receiving records. After all, the list of dominant Chicago wide receivers – and passing quarterbacks – is quite short. While coach Marc Trestman tried to help Cutler bring a more wide-open attack to Soldier Field, his efforts largely ended up fruitless – which is why John Fox will be walking the sidelines with the headset and the clipboard this fall, rather than Trestman. However, many observers feel that Cutler’s giant arm and even larger potential mean that it would be foolish to stay away from the passing game. Even though Fox has a reputation for being a more run-oriented coach, he did go to a Super Bowl with Peyton Manning and a dynamic passing offense in Denver. For Kevin White, though, the Bears passing and receiving record books are still mostly waiting to be filled by someone who can have a dominant season from beginning to end.The Bears only have one title – way back in 1985. That team was built around the running prowess of Walter Payton and the vaunted “46” defense that coordinator Buddy Ryan designed to suit the talents of middle linebacker Mike Singletary, defensive lineman Richard Dent and a host of other shutdown defenders on the Bears’ roster. That team went 15-1, losing only on a humid night in Miami, and then destroying the Patriots in Super Bowl XX, 46-10. However, quarterback Jim McMahon’s passing was not a focal point for that team. With Jay Cutler under center, the hope is that such receivers as Kevin White can complete that transformation – and help the Bears return to the playoffs. 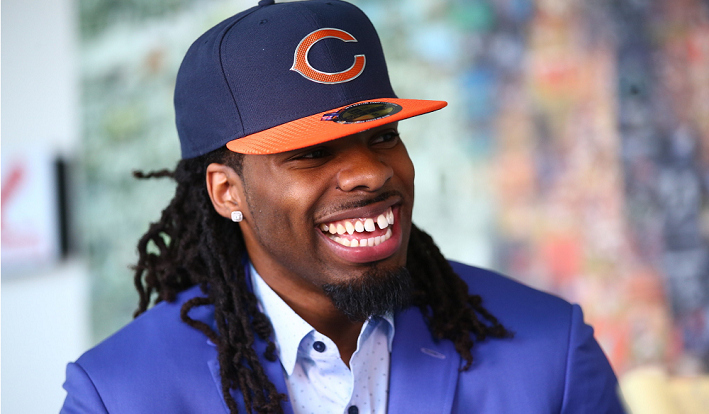 The nature and extent of White’s injury should become more apparent over the next week or so. While NFL teams are not required to publicize injury reports during the off-season, if White has to sit out for a protracted period of time, the hopes of adding this talent to the wide receiving corps in the Midway may be dashed, at least for now.Sources:ESPN.com: http://espn.go.com/nfl/team/_/name/chi/chicago-bearsSports-reference.com: http://www.sports-reference.com/cfb/players/kevin-white-6.html
Older post
Newer post