Let me get started with the trio of Pittsburgh Steelers to make this divisional MVP NFL odds list.Ben Roethlisberger +200Joe Flacco +200Le’Veon Bell +250Andy Dalton +300Justin Forsett +400Antonio Brown +500A.J. Green +750Josh McCown +1000Johnny Manziel +…ah forget it!First, there’s my co-odds-on-favorite pick, quarterback Ben Roethlisberger. The two-time Super Bowl winner had one of the best seasons of his career in 2014. ‘Big Ben’ tied New Orleans saints future Hall of Famer Drew Brees for the league passing title last season (4,952 yards) while tossing 32 touchdown passes and a miniscule nine interceptions.As the conductor of Pittsburgh’s now-potent offense, Roethlisberger will have the chance to make more plays than anyone else on his team.Hold on a second…did I just say that Roethlisberger will have the ball in his capable hands more than any other teammate?Well, that’s not entirely true.  One other Steelers figures to have the ball as much as Roethlisberger and that would be gifted running back Le’Veon Bell a player that figures to challenge for the league rushing title after finishing second to DeMarco Murray last season (1,361 yards).If Bell goes bonkers and has a ‘special’ season, he could leap frog the favored Roethlisberger and end up as the division – and league MVP.Last but not least, Steelers wide receiver Antonio Brown looks like he’s arguably thee best wide receiver in the game today, making him a legitimate MVP candidate if ever there was one.Brown led the league with 129 receptions last season while racking up a stupendous 1,698 yards and 13 touchdowns. If he posts numbers like those again in 2015 and is one of the biggest reasons the Steelers have a successful season, Brown will surely garner some votes.Now, let’s move on to the non-Steelers that are on the list. 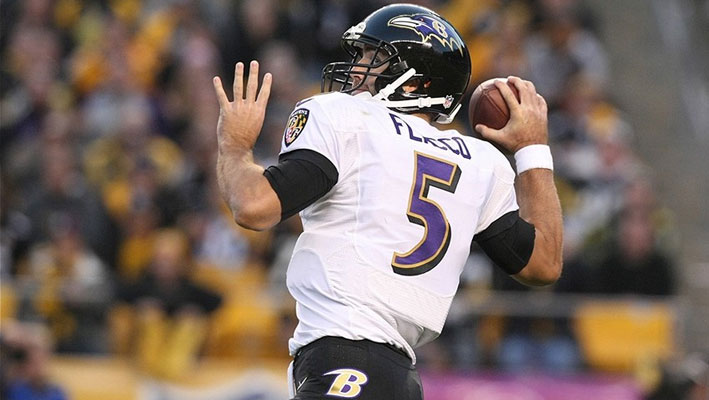 The Baltimore Ravens signal-caller had a solid, but not overly impressive, campaign in finishing 12th in passing, (3,986 yards) last season. Sure, the former Delaware star could surprise, but I’m not overly optimistic about his chances, even in a fictional race. 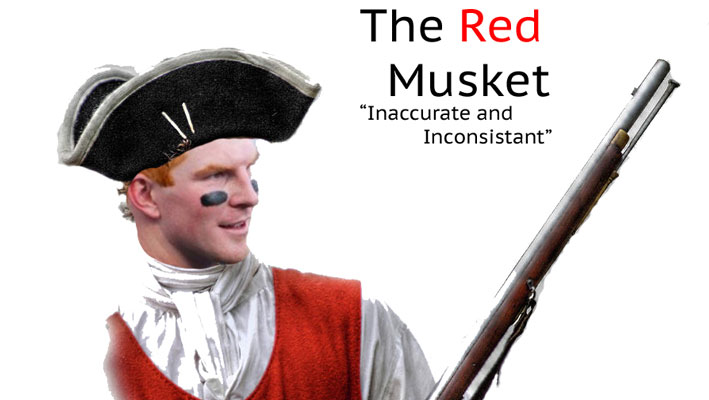 I often feel like Andy Dalton doesn’t get the credit he deserves for being a very good quarterback. However, it’ hard to argue with this detractors when they point out the fact that Dalton has never managed to win a playoff game despite making four consecutive postseason appearances. Making matters worse is the fact that Dalton has tossed six interceptions in those four contests versus just one touchdown. The bottom line for Cincinnati quarterback Andy Dalton is that he needs to finally lead the Bengals to a playoff win. However, if he does, and unfurls another 4,000-yard passing campaign like h did in 2013, then he could both, shed the unfair labels that have been attached to his name – and win the fictional division MVP award. 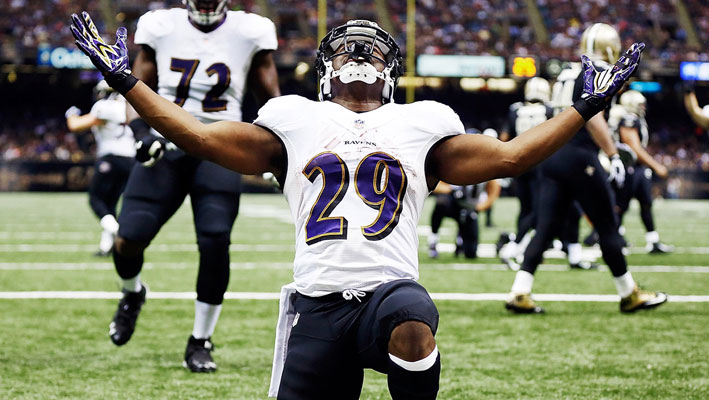 It took a team seven long years to give running back Justin Forsett a chance to be a starter – and that chance came only because Baltimore starter Ray Rice got himself suspended with one of the league’s most publicized off-field incidents ever.Still, when Forsett got his chance, he made the most of it and now enters the 2015 season as the Ravens’ unquestioned starter. Forsett had a fantastic season in 2014 in which he rushed for 1,266 yards (fifth) and eight touchdowns. If the former journeyman has another standout campaign and the Ravens make a deep postseason run because of his efforts, then I wouldn’t be surprised to see Forsett hoist the division MVP hardware. 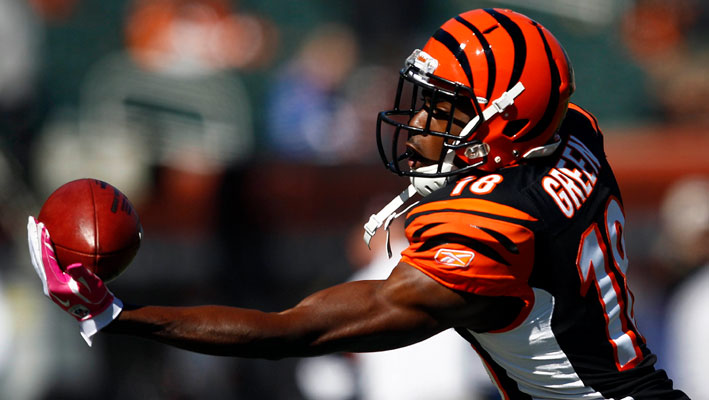 If you don’t know much about Cincinnati wide receiver A.J. Green, then you should because he’s one of the best players at his position. Now, heading into his fifth season, Green has compiled four straight 1,000-yard receiving seasons to start his career and is a virtual lock, barring injury, to do so again in 2015.Sure, it’s a bit of a long shot that Green wins the divisional MVP award, but I believe he’s Cincinnati’s best player and one of the most realistic contenders to win the fictional title – even if he does play a position where he needs to be thrown the ball in order to make game-changing plays. 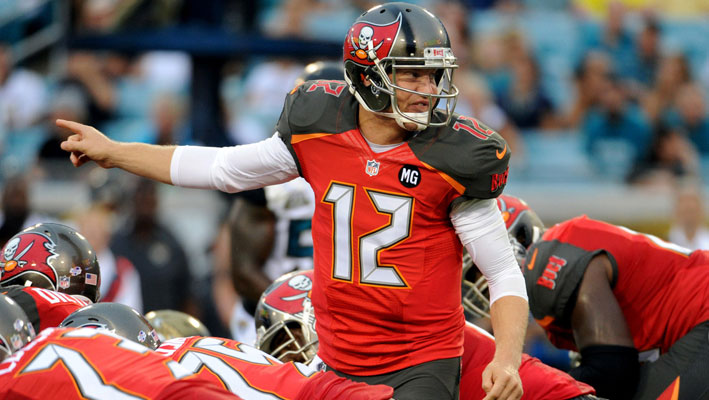 I had really high hopes for veteran signal-caller Josh McCown when he signed with the Tampa Bay Buccaneers to take over as their starter a year ago. While things didn’t work out very well for McCown and head coach Lovie Smith in their only season together, I still believe McCown could be successful in Cleveland after watching him play absolutely flawless football in lading Chicago two years ago.If McCown has another campaign like the one he had in the Windy City two years ago, then the Browns could challenge for a playoff berth this coming season and if that happens, I say McCown deserves the MVP award. 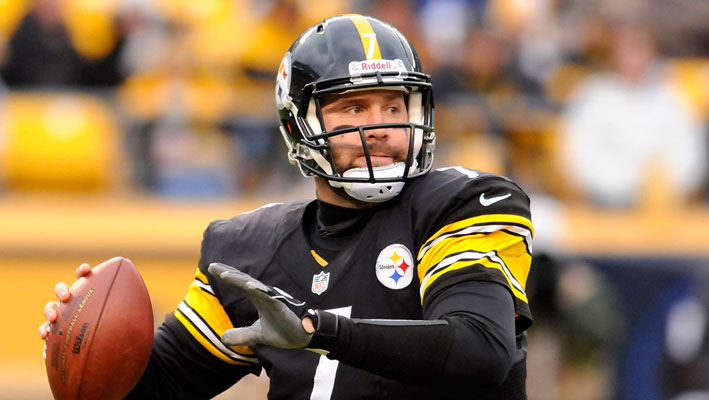 While my ‘head’ says the most likely winner is going to be quarterback Ben Roethlisberger, my ‘heart’ says go with running back Le’veon Bell.O course, one of the golden rules of sports betting is to never, ever make a wager based on your ‘heart’ – unless it’s a fictional one that you really can’t lose that is.Having said that let me also say that I would prefer to pick running back Le’veon Bell to win the AFC North divisional MVP award. Bell is a special, dual-threat kind of running back that I believe was Pittsburgh’s driving force behind what looked like a deep playoff run just waiting to happen a year ago.Unfortunately, when Bell got injured late in the regular season and was forced to miss the Steelers’ Wild Card playoff game against Baltimore, Pittsburgh’s season came to an abrupt halt. Bell caught an impressive 83 passes in 2014 for an additional 854 yards to finish last season with a whopping 2,215 total yards from scrimmage.Unfortunately, Bell is also going to miss the first four games of the 2015 season for violating the league’s substance abuse policy, so I guess I had better go back with my ‘head’ and stick with Ben Roethlisberger to bring home the bacon.I Big Ben can hold it down and lead the Steelers to at least a 2-2 record with Bell out, he could be looking at another ‘career’ kind of season in 2015. Besides, Roethlisberger will have plenty of opportunities to make plays with Antonio Brown, a player that many now believe is the best wide receiver in all of football.Sources:YahooSports.com: http://sports.yahoo.com/nfl/players/6770/NFL.com: http://www.nfl.com/news/story/0ap2000000333369/article/josh-mccown-tampa-bay-buccaneers-strike-contract
Older post
Newer post