NFL News and Rumors
Pardon the self-promotion, but like most analysts who have a good eye for talent, we had our lock on DE Dante Fowler and TE Jeff Heuerman being drafted strongly and becoming picks that impacted the NFL odds. Sadly, after their respective drafts, both rookies suffered season-ending injuries in their respective rookie minicamps (Fowler at Jacksonville and Heuerman at Denver), bringing an anticlimax end to their yet-to-begin rookie seasons in the Pros. Had both players been around, the Jags and Broncos would have definitely made the cut for our list of NFL teams that can get the most from rookies in 2015.But with both players unavailable in 2015, plus a good number of other rookies out as well, all we can do is wish them the best in their recoveries, while we take a look at the lucky teams that still have the potential to reap huge benefits from their 2015 rookie classes in the section below: 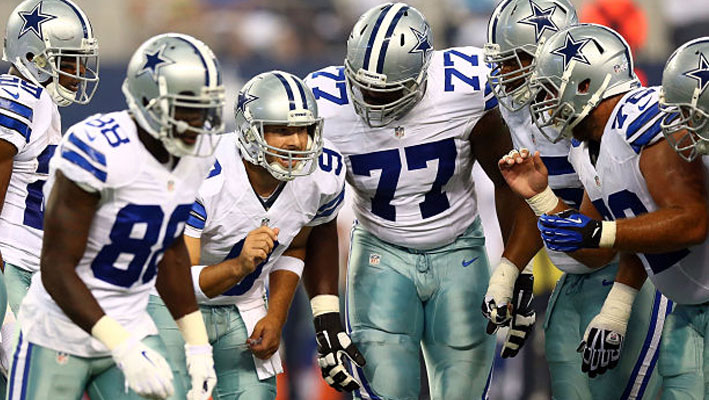 Even with Randy Gregory’s off-field concerns, there is no doubt that his pass rushing abilities can make him an instant hit in Dallas. This will particularly important when Greg Hardy is out of the team due to suspension, which was recently reduced from 10 to 4 games. Meanwhile, the Cowboys wisely used their 27th overall pick on Byron Jones, who will solve an immediate in the cornerback department. And then, there is LSU star guard La’el Collins who signed with the Cowboys as an undrafted free agent. Like Gregory, Collins was a sure first-round talent, but he tumbled out of the draft board as he was being investigated for the murder of his ex-girlfriend. With Collins found not guilty of the charges, the Cowboys now have a real gem, one who is bound to bring a whole lot of depth to the team as a guard. If the Cowboys can find a way of keeping a lid on the off-field baggage that come with Gregory (and Collins), then their current rookie class could be the best in the league in 2015 and the years to come. 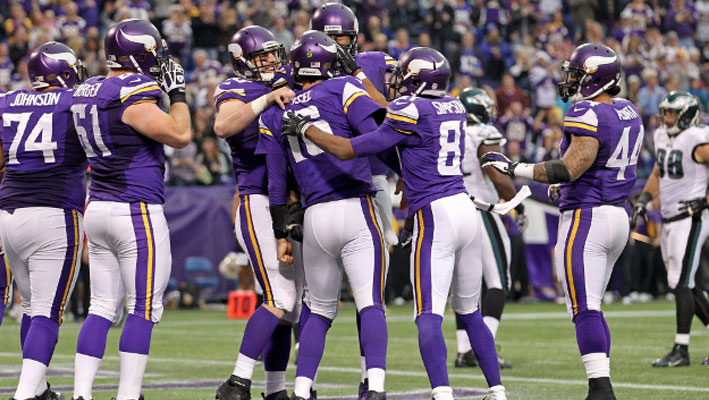 Using their first two drafts, the Vikings addressed their two major needs, getting Michigan State cornerback Trae Waynes (11th overall) to play opposite Xavier Rhodes as a rookie, and claiming the highly touted UCLA linebacker Eric Kendricks (45th overall) to solve the issues in the middle. With Minnesota residing in a division with Aaron Rodgers, Matthew Stafford and Jay Cutler, the strong additions in the secondary will be very pivotal for the team, starting in September. And as a bonus to the urgent needs, drafting Danielle Hunter gives Minnesota a defender to build around, T.J. Clemmings is a top-tier recruit with plenty of upside as a potential starter on the left tackle, and the likes of Stefon Diggs, MyCole Pruitt and Tyrus Thompson could evolve into starters. Simply put, the 2015 Minnesota rookie class is littered with a lot of productive college players and, combined with young-and-rising talent General manager Rick Spielman has brought into the team over the last couple of years, the Viking should witness some significant growth in their team. 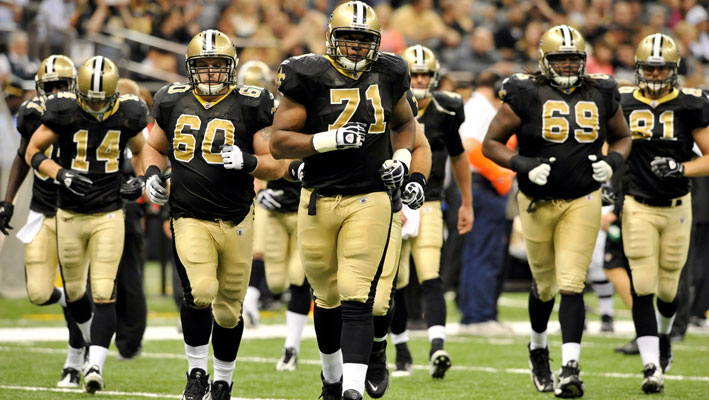 The Saints couldn’t have done any better in the draft, claiming the services of T Andrus Peat and ILB Stephone Anthony to energize the team with size, toughness and solid defensive skills. Even more crucially, New Orleans bagged late-round jewel in OLB Hau’oli Kikaha, who totaled 32 sacks in his last two seasons in college. For a New Orleans team that collected just 34 sacks in 2014, the possibilities of benefiting from Kikaha’s skills are endless. Not to mention, the aging Drew Brees now has a good understudy in Garrett Grayson, a very promising pass specialist with strong arms and great football IQ. With such pieced added up, you get a formidable class that could help the Saints rule the soft NFC South for many years down the line. 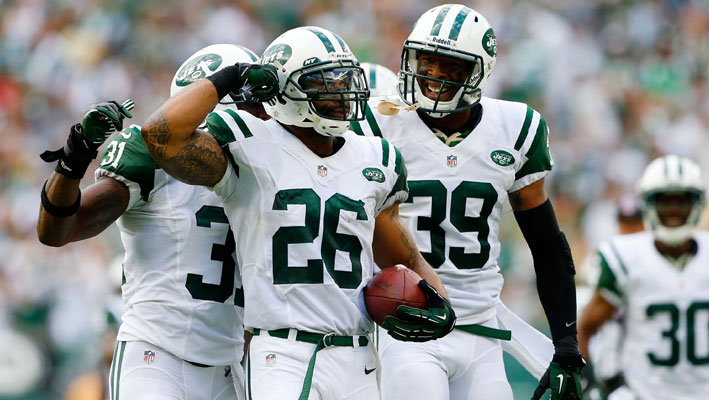 Labeled by ESPN’s draft specialist Mel Kiper as “the best overall player in the draft,” the acclaimed USC defensive lineman Leonard Williams luckily fell on the lap of coach Todd Bowles at a highly affordable No. 6 overall pick. Not that the Jets were in dire need of his services, but with the kind of athleticism and talent he has, you can never have too many good D-line players. Meanwhile, second-rounder WR Devin Smith adds a big-play threat to the offense, fourth-round pick Bryce Petty is surefire starting quarterback in a year or two, and both OLB Lorenzo Mauldin and OG Jarvis Harrison also have the skills to become successful starters in the league. Added to the free agency trade-ins of Zac Stacy and Brandon Marshall, there’s no doubt that the Jets have the best potential (on paper) to improve massively on both sides of the field from as early as the 2015-16 NFL season. 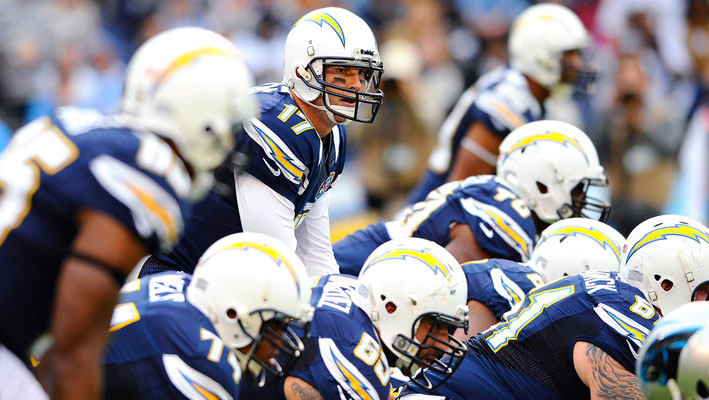 Trading up for explosive running back Melvin Gordon was a costly move, as it left the Chargers with just five picks, but in the long run, it has the potential to prove very worthwhile, as the former Wisconsin star is a beasty workhorse. Inside linebacker Denzel Perryman was one of the best run-stuffing thumpers in this class, so he should be good value for the Chargers who are seemingly orienting towards running the ball, while defensive tackle Darius Philon and the small-school productive duo of Craig Mager and Kyle Emanuel figure to be impactful on the team. I would have loved to see the Chargers draft an offensive lineman, but all factors considered, the 2015 draft class is good enough to give the team a strong impetus for better competition in the AFC West. 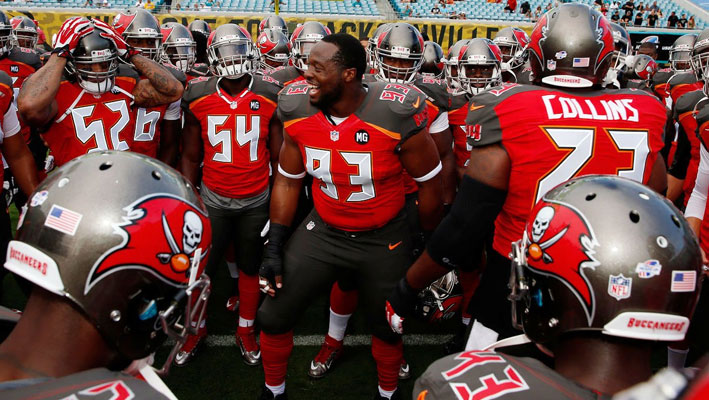 The biggest reason the Bucs have found themselves into this list is the selection of Jameis Winston. We all know the kind of impact Andrew Luck, Russell Wilson and a select few recently drafted QBs have had on their teams. With Winston coming from a team that used a pro-style offense, and excelled highly at it, his transition and impact in the league should be felt sooner rather than later. Plus, Winston will benefit from the serviceable deep threat drafts in Kenny Bell and Kaelin Clay and the safe protection of his fellow rookies in the O-line, Penn State’s Donovan Smith (34th overall draft) and Hobart’s Ali Marpet (61st overall draft).Sources:ESPN.com: http://espn.go.com/nfl/player/stats/_/id/2576434/melvin-gordon3YahooSports.com: http://sports.yahoo.com/ncaa/football/recruiting/player-Devin-Smith-99897
Older post
Newer post