NFL News and Rumors
We bring  you fictional NFL odds might look like before I present my pick on which division superstar will have the most meaningful season in the AFC West this coming season. 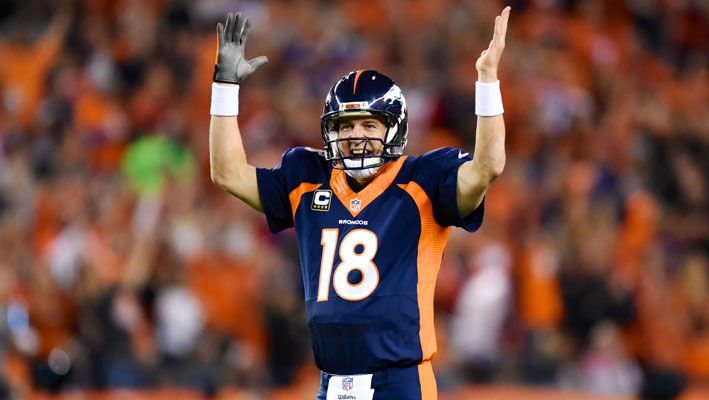 Manning may be on the down side of his career, but the 14-time Pro Bowler looked as good as ever in 2014 – until late in the regular season when a clearly banged-up Manning lost some arm strength.Still, Manning is about as elite as they come and his 2014 season backed up my belief that the sure-fire Hall of Famer still has a couple of really good seasons left. The sure-fire Hall of Famer finished fourth in passing yards last season (4,727) and has topped the 4,000-yard plateau in each of his last eight full seasons.With Denver hiring former Houston Texans head coach Gary Kubiak, I think Manning’s career could even be extended another few seasons if the Broncos run the ball far more often in the near future than they’ve done since acquiring Manning a few years ago. 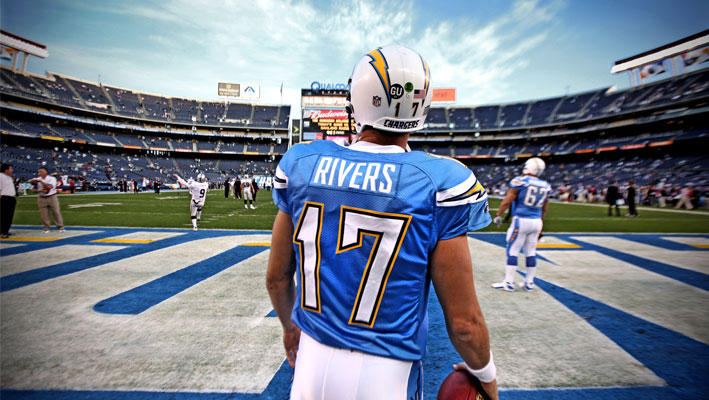 I know the San Diego Chargers are perennial disappointments as a team, but veteran quarterback Philip Rivers isn’t the one to blame for the Bolts’ shortcomings if you ask me. Sure, Rivers has had his share of ups and downs over his career, but the veteran signal-caller has passed for at least 4,000 yards in six of the last seven seasons, including 2014 when he finished eighth in passing yards (4,286 yards) one season after throwing for 4,478 yards to finish fifth in 2013.Rivers has a pair of above average wide receivers in Malcolm Floyd and Keenan Allen and the Chargers have always been dependent on Rivers’ right arm and their passing attack. In 2015, Rivers and the Bolts offense could be unstoppable because of the drafting of gifted running back Melvin Gordon. If the Chargers overachieve and earn a postseason berth, Rivers could win this fictional division award. 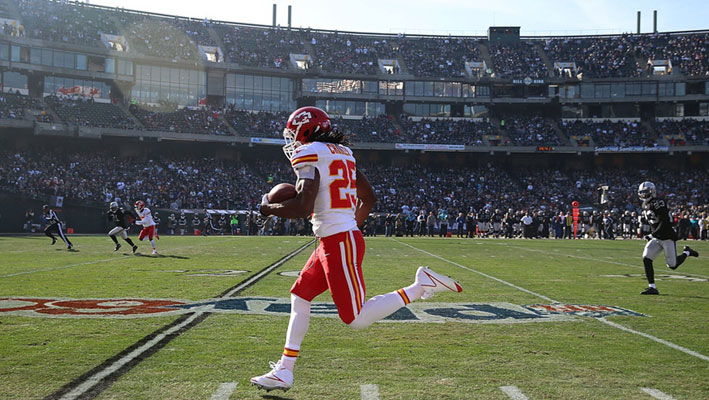 Veteran running back Jamaal Charles had a pretty solid 2014 season even though he battled nagging injuries nearly all season long. In 15 games, the dual-threat running back finished 13th in rushing with 1,033 yards but Charles was also one of just three backs in the top 40 with an average of 5.0 yards-per-carry or higher.If the Chiefs can improve their passing attack and find a better offensive balance, I suspect Charles could have one of his most productive seasons ever in 2015. Make no mistake about it people, Jamaal Charles is one of those rare, a game-breaking backs that can change the outcome of any game whether catching it out of the backfield or making would-be tacklers whiff on a run out of the backfield. 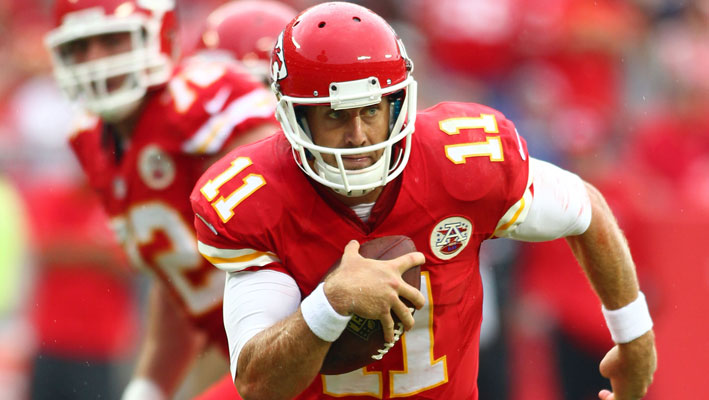 I like Alex Smith, but he’s a limited quarterback because of his lack of arm strength.Kansas City ranked a dismal 29th in passing (198.9 ypg) in 2014 as Smith finished 20th in passing yards (3, 265 yards) while tossing a modest 18 touchdowns passes and just six interceptions. Smith is very good on short and moderate throws and doesn’t hurt his team with inopportune interceptions. However, at this stage of his career, it’s also crystal clear that Smith will never ever be the kind of ‘elite’ quarterback that leads his team to a championship. 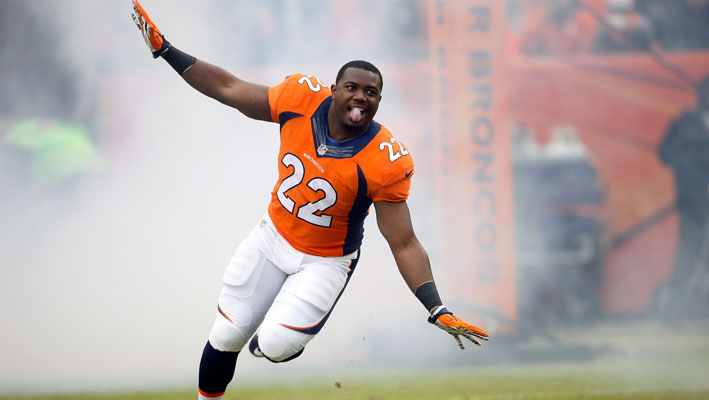 C.J. Anderson leap-frogged fellow back Montee Ball as the starter last season and now he’s poised for a breakout campaign under run-first head coach Gary Kubiak. The former Cal star has a career average of 4.8 yards per carry and is coming off a season in which he rushed for 849 yards and a 4.7 yard-per-carry average. 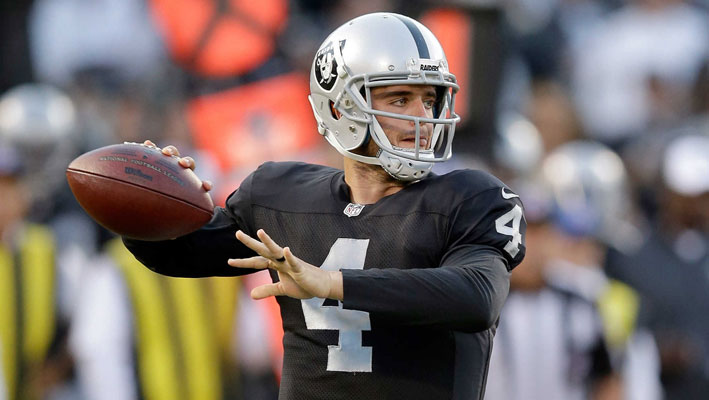 The Raiders clearly unearthed a real gem in rookie quarterback Derek Carr last season. While Carr ranked a so-so 19th in passing yards last season, (3,270), the young signal-caller showed a level of poise that easily surpasses the majority of NFL quarterbacks. In 2014, Carr became the first rookie quarterback in Raiders franchise history to start a season opener and the only signal-caller from the 2014 draft to start in Week 1.Despite playing with a mediocre cast of skill position players, Carr completed a solid 58.8 percent of his passes last season while throwing 21 touchdown passes and just 12 interceptions. In 2015, Carr will have gifted rookie wideout Amari Cooper at his disposal and I believe the pair could potentially become a modern day version of Oakland’s famed Ken Stabler-Cliff Branch connection. 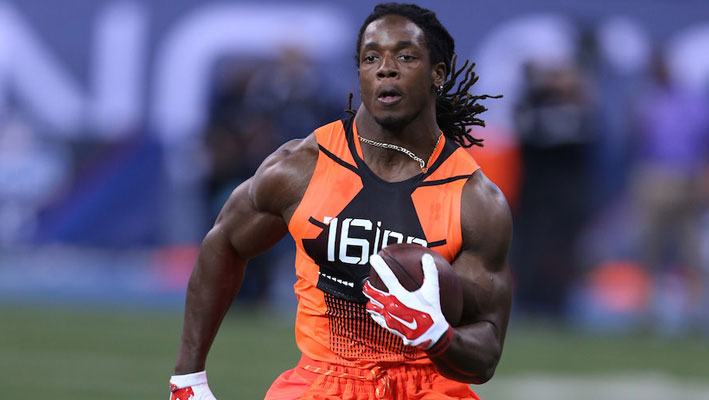 So what Melvin Gordon is just about to begin his indoctrination in the NFL. I believe the former Wisconsin star is so supremely gifted that the dual-threat back could challenge for the division MVP award if he tops the 1,000-yard plateau and helps San Diego reach the postseason. 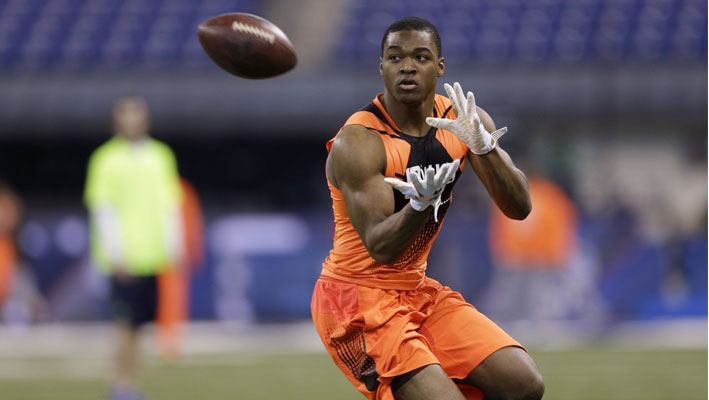 Like Gordon, Amari Cooper is oozing with talent and one of the very best wide receiver prospects to come into the league in ages (no offense to Odell Beckham Jr.). Sure, it’s a long shot that he’ll win the AFC West MVP award, but I expect Cooper to get plenty of receptions in 2015 as Derek Carr’s favorite target. If Cooper is as unstoppable as he was at the University of Florida and can help the Raiders reach the eight-win he could surprise in a big way! 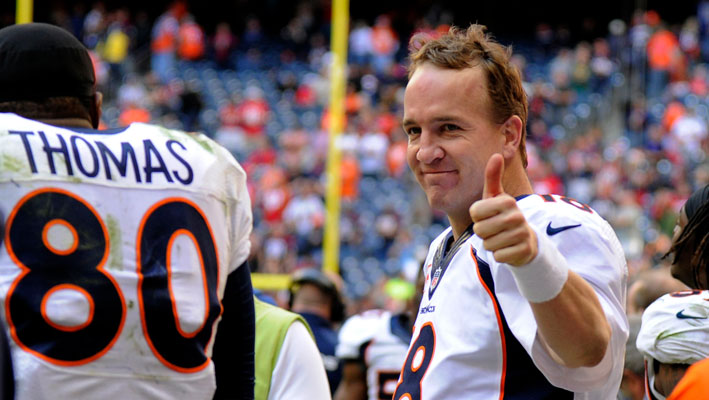 Peyton Manning may be the favorite to win this fictional award, but he’s not my pick to actually bag it. Instead, I’m going with a pick for Philip Rivers first and foremost, followed by a pair of picks for C.J. Anderson and Jamaal Charles.Rivers will throw the ball almost as much as he did in 2014 and I expect him to finish in the top five in passing yards while Manning takes a noticeable step backwards in pass attempts in Gary Kubiak offense.The Pick: Philip Rivers  Sources:NFL.com: http://www.nfl.com/player/derekcarr/2543499/profileESPN.com: http://espn.go.com/college-football/story/_/id/11308392/wisconsin-rb-melvin-gordon-wants-prove-nfl-wrong-running-backs-espn-magazine
Older post
Newer post