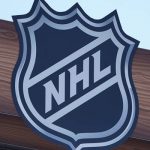 Another weekend is almost upon us, which means that a full slate of NHL games will be coming our way over the next couple of days. Some definite favorites have emerged through the opening quarter of the season, but when you have an 82-game schedule, you tend to see every team have a bit of a rollercoaster ride throughout the year. 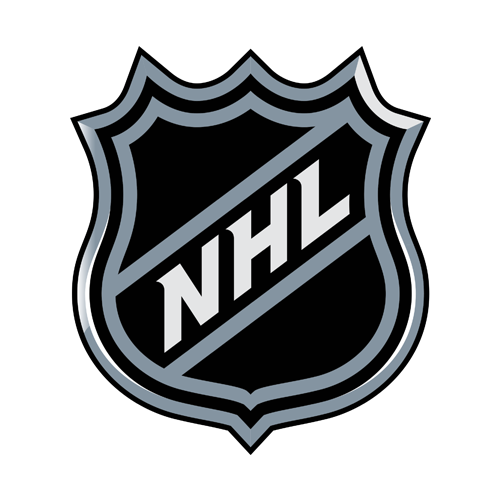 Another weekend is almost upon us, which means that a full slate of NHL games will be coming our way over the next couple of days. Some definite favorites have emerged through the opening quarter of the season, but when you have an 82-game schedule, you tend to see every team have a bit of a rollercoaster ride throughout the year. We could well see fortunes change over the holiday period, with the standings perhaps looking a little different as we head into 2022. That’s something that we will watch play out over the next few weeks, but for now, let’s look ahead to Saturday and Sunday to see what the schedule has in store for us so you can bet against the NHL odds.

In the Atlantic Division, we are seeing the Toronto Maple Leafs and the Florida Panthers beginning to open up a little bit of a lead at the top. The Lightning and the Bruins are in the chasing back, with Tampa currently sitting 6 points ahead of Boston. The Lightning, though, has lost 2 in a row, but they are still 6-2-2 in their last 10, with the Leafs are 6-4-0 in the same stretch. Always an exciting game between these two.

There is probably not a better matchup on the schedule on Saturday, as we are looking at a pair of division leaders squaring off in this one. The Maple Leafs have been red hot of late, winning 5 in a row and 9 of their last 10, a run that took them to the top of the Atlantic Division. In the Central Division, the Minnesota Wild have built a 4-point lead and have won 4 straight games, so they too are in a rich vein of form. The Wild are a very impressive 8-2-0 on home ice.

This is an interesting one in that both of these teams are not in the best possible position, although both are still very much in the playoff conversation. A good run of form could change that, so both will be fired up to get the win on Sunday night. The San Jose Sharks are sitting 4th in the Pacific Division at the moment, and while they are playing .500 hockey in the last 10, they have won 2 in a row. Columbus are also 5-5-0 in their last 10, but they have lost 2 in a row. They will be looking to continue their strong play at home, where they are 8-3-0.

There is a fantastic battle going on in the Pacific Division right now, with the Calgary Flames and Edmonton Oilers swapping turns at the top. There are a couple of teams who are hot on their heels, though, and while Vegas are within reach, they have lost 2 in a row and will be looking to put an end to that slide before it gets longer. The Flames are an impressive 6-2-2 in their last 10 games and have been great away from home, going 9-2-2 in hostile territory.

Posted: Monday, November 29, 2021 1:54, EST
Hard as it may seem to believe, we are now roughly one-quarter of the way through the 2021 NHL season. When you look at the current standings, the one thing that stands out is that no one team looks to be totally dominant this season. The divisional races are all tight, and while it is still a little too early Read More

Posted: Thursday, November 25, 2021 2:06, EST
It’s a quiet day in the hockey world, with the NHL going dark for Thanksgiving Day in the US. That gives us some time to look back at the games played to this point and the teams that are setting the tone early in the NHL. It’s always good to stop for a moment and take a look at the Read More

Posted: Monday, November 22, 2021 4:53, EST
Through the first quarter of the NHL season, we are starting to see teams develop a very definite identity. There are some who routinely get involved in shootouts, while others rely heavily on their goaltending and defense. Some have made a fortress out of home ice, while others are proving to be road warriors. What it all means is that Read More

Posted: Monday, November 15, 2021 1:28, EST
It is still very early in the NHL season, and we know that the best teams in the league will eventually begin to separate from the pack. For now, though, we are looking at some very tight races in both conferences, which is great for fans, but which makes things a little more challenging for the betting public. To give Read More

Posted: Monday, November 8, 2021 3:39, EST
It is still very early in the NHL season, so getting too carried away at this point is never really a very good idea. That said, there are a handful of teams who look to be a cut above in the early going, although whether they can sustain their fast starts remains to be seen. The long-term goal is, of Read More

Posted: Monday, November 1, 2021 3:15, EDT
Another week in the NHL is about to begin and there is only one team still sitting with an unbeaten record. That would be the Carolina Hurricanes, who have gone unbeaten in their opening 8 games of the season. Winning streaks are always great, but the NHL season is a long one where every team will have their share of Read More

Posted: Monday, October 25, 2021 3:54, EDT
We are still in the very early stages of the NHL season, so it is much too soon to be declaring any team as a Stanley Cup favorite. That said, there are a few teams who are off to ridiculously good starts to the season, with the Florida Panthers, St. Louis Blues, Carolina Hurricanes, and Edmonton Oilers all sporting perfect Read More

Posted: Monday, October 18, 2021 5:38, EDT
The new NHL season is under way, and we are back to the regular format in 2021. Last season was a little different in that the league decided to go with regional divisions in an effort to lessen the travel and the potential COVID impact for each team. While the shortened season and the different way of doing business was Read More

Posted: Wednesday, October 13, 2021 10:28, EDT
The big question entering the NHL season opener between the New York Rangers and Washington Capitals on Wednesday is whether the league’s active all-time goal-scorer, Washington’s Alex Ovechkin, will be able to play. The Caps are favored on the NHL odds. How to Bet Rangers at Capitals NHL Hockey Odds & TV Info When: Wednesday, 7:30 PM ET Where: Capital Read More