NHL Betting News
The Philadelphia Flyers have been eliminated from the playoffs so all they have left to play for is the role of spoiler. And the Flyers would love nothing more than to damage the playoff hopes of arch-rival Pittsburgh as the Philly makes its final visit of the season to Pittsburgh. The Penguins opened as -195 favorites with a total of 5.5 goals in NHL betting.Time: Wednesday, 8 p.m. ETVenue: CONSOL Energy Center, PittsburghNational TV: NBC Sports NetworkOpening line: Penguins -195, Flyers +175 (5.5 goals) 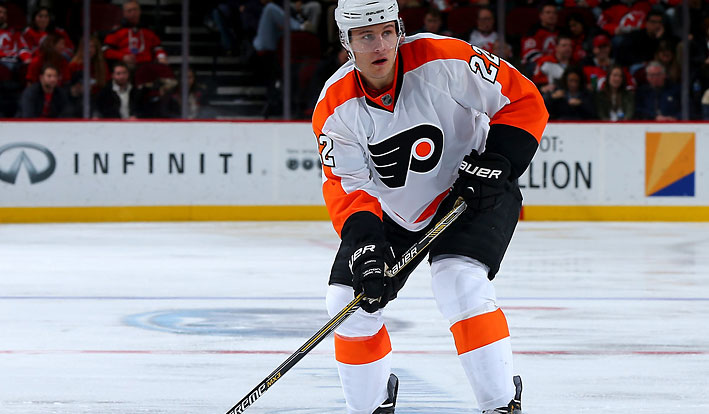 I would expect some sort of changes for Philadelphia after missing the playoffs for the second time in three seasons. Coach Craig Berube probably will get one more year to get things turned in the right direction but that’s not a lock. If you are looking for one spot where the clubs needs to improve it’s in the shootout as the Flyers have lost 10 games in the shootout, tied for the most in the NHL. They are also terrible on the road with a 9-20-10 mark. Only Edmonton, Toronto and Buffalo have fewer road wins. Philly comes off a 3-2 shootout home loss to San Jose on Saturday, managing just 18 total shots on the game. Michael Raffl and Claude Giroux had the goals for the Flyers and Jakub Voracek two assists. Entering Tuesday, Voracek is third in the NHL with 76 points, three behind leader Sidney Crosby of Pittsburgh. Fellow winger Claude Giroux also is among the leaders with 69 points. It’s just that the Flyers don’t have much other than those two and are rather weak in net with Steve Mason and Ray Emery. The NHL is considering a move to a 3-on-3 scenario in overtime next year to eliminate so many games ending in a shootout and Berube said quite clearly: “It will benefit us.” No kidding. Three blueliners are in question for Philly for this game . Carlo Colaicovo and Mark Streit were late scratches due to the flu on Saturday, while Luke Schenn has missed three straight games with an upper-body injury.

Pittsburgh hasn’t clinched a playoff berth yet but could shortly as it has 95 points, tied for second in the Metropolitan Division. It’s probably too late to catch the first-place Rangers, who have 101 points. Pittsburgh’s last game was also against San Jose, a 3-2 shootout win Sunday. The Pens were able to kill off the final 3:52 of overtime while short-handed. Patric Hornqvist and Chris Kunitz had first-period goals for Pittsburgh in the game while David Perron and Crosby scored in the shootout. Pittsburgh played that game with just five defensemen because of injuries. Christian Ehrhoff (upper-body injury) and Kris  Letang (concussion) are not expected to play Wednesday. Letang is one of the best in the NHL, and his 54 points are third among all defensemen. Coach Mike Johnston said he anticipated the Penguins would play against the Flyers with only five defensemen. Because they are right up against the salary-cap, they can’t call up anyone from their minor-league affiliate. 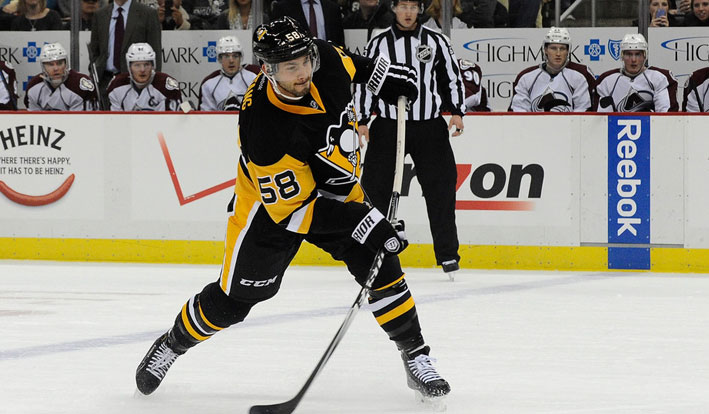 The Flyers are 2-0 against the Penguins this season, winning 5-3 in Pittsburgh on Oct. 22 and 3-2 in overtime at home on Jan. 20. Crosby hasn’t scored in those two games and is minus-2. Voracek has three assists and is plus-3. 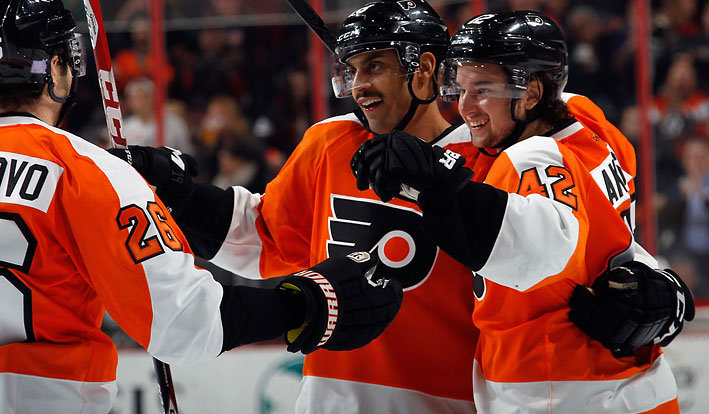 Penguins hate the Flyers and don’t want to be swept possibly this season (they do play one more time after this). Take Pittsburgh in NHL betting to end a four-game home losing streak in this series and the over.
Older post
Newer post